England went into the day-night third Test in Ahmedabad buoyed by the prospect of the pink ball helping their seamers. But come the end of the opening day this optimism had melted away, their batsmen having suffered yet another collapse to spin that means India are again the team in full control.

As Joe Root’s players trudged off the field their faces wore wry smiles and their heads were filled with regret. They had earlier been bowled out for a measly 112 in 48.4 overs – Axar Patel, the left-arm spinner, claiming six for 38 – and in reply the hosts were within touching distance of parity at 99 for three.

Wickets for Jofra Archer and Jack Leach during this evening session under lights – including Virat Kohli in the final over – did little to offset the pain of England’s lowest first innings total on Indian soil. It was the fourth time in succession the tourists have been bowled out for less than 200 in the series and their 578 all out in the first Test is becoming a distant memory.

India, it must be said, enjoyed another near-perfect day to continue the dominance they enjoyed when drawing level in Chennai last week. As well as Patel’s second Test five-wicket haul and Ravichandran Ashwin taking his series tally to 20 victims with three more, Rohit Sharma produced another masterclass from the top of the order and will resume on 57 in the morning.

Once India’s president, Ram Nath Kovind, had officially inaugurated the revamped (and suddenly renamed) Narendra Modi Stadium, and two hugely contrasting team sheets emerged at a toss won by Root, there was a sense that something might well give early in this Test match.

India had opted to stick with three spinners, but bolster their lower order by swapping out Kuldeep Yadav for Washington Sundar, while England had gone the other way, reuniting Stuart Broad with Jimmy Anderson, and also recalling Archer, to leave the tail worryingly long and Leach their only frontline spinner.

It needed a top seven refurbished by recalls for Zak Crawley and Jonny Bairstow to step up but while the former did so, cracking 10 fours in a sparkling 53 that should have eased any tension about conditions, the fact this accounted for half of England’s runs off the bat told its own sorry story.

The pitch spun early but this was not the extreme surface witnessed last week. Instead, after Ishant Sharma celebrated his 100th Test with a beauty that saw Dom Sibley edge to second slip for a duck, this latest entry in England’s hall of shame was as much about the balls that didn’t turn as those that did.

Root’s men appeared to be suffering something of a collective hangover from the previous week’s 317-run defeat, with the remaining five of the top six missing deliveries when trying to defend. Patel was immaculate from the very first ball that went on with the arm and trapped Bairstow lbw for duck, yet scrambled English minds contributed hugely.

Crawley looked in fine touch during his 68-ball half-century, pinging balls to the boundary with consummate ease, including one mere push down the ground. But England’s reliance on Root was exposed here; once the captain fell lbw to Ashwin for 17, misjudging a ball from around the wicket to prompt wild celebrations from Kohli, the guts simply spilled out.

This tentative shot from Root then became a running theme of the innings, with both Ben Stokes and Crawley trapped lbw by Patel – the latter set up beautifully for the arm-ball with one that beat the outside edge – and Ollie Pope playing all around one from Ashwin to be bowled in between.

With the lengthy tail offering little resistance and Ben Foakes last to fall for a strangled 12, bowled by Patel attempting to cut another straight on delivery, England found themselves needing their own cascade of wickets to prevent India simply setting off on a march to a 2-1 scoreline.

What followed in the twilight rather underlined the error in selection – or least their lack of faith in the overlooked Dom Bess – as India established a solid platform for the second day through the flashing blade of Rohit Sharma and England lost their rag in response to some of the officiating.

This began during the five overs before the second interval when opener Shubman Gill edged a low catch to Stokes. Sent upstairs with a soft signal of “out” it was then overturned by third umpire Chettithody Shamshuddin after the initial replay suggested contact with the ground.

While on balance it looked correct, Root was angered by the haste at which this call was made and remonstrated with the on-field officials. These scenes were repeated later on when Rohit Sharma survived a tight stumping chance that once again might have merited further deliberation by Shamshuddin.

In the cold light of day Root will likely acknowledge that the true source of this frustration was his side’s performance with the bat. While Kohli was bowled by Leach late on, ensuring a shoddy drop by Pope at gully wasn’t too costly, the earlier collapse has left this Test match looking already decided.

A final like no other: la Real, Athletic and the biggest Basque derby ever | Sid Lowe 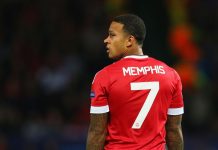 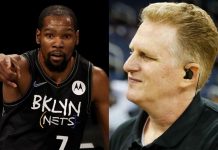 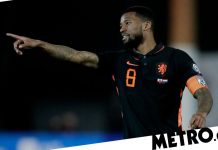 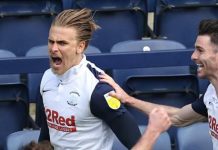 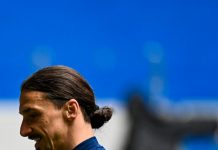 No ill-effects from international return for Ibrahimovic, says Pioli 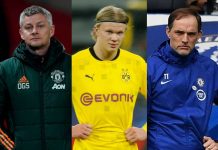 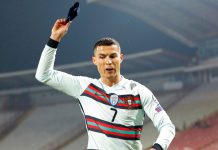 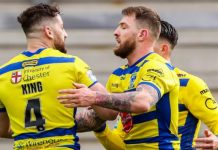 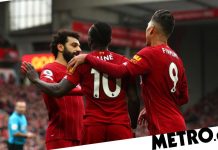 Liverpool concerned Mohamed Salah will push for transfer this summer