LONDON (REUTERS) – Covid-19 infections in children in England rose in September after schools returned from summer holidays, helping to keep cases high even as there was a fall among adults, a large prevalence study showed on Thursday (Oct 14).

The React-1 study, led by Imperial College London, is the latest to find that more children are getting infected with Covid-19 following the reopening of schools at the start of September.

Infection numbers in Britain are currently much higher than in other western European countries, with more than 30,000 new cases reported every day this month, but have not risen above summer levels following the return of schools in England despite the higher infection rates in children.

The study found that the epidemic was growing among those under 17, with an estimated reproduction “R” number of 1.18.

An R number above 1 implies exponential growth, while a number below 1 implies the epidemic is shrinking.

While around 90 per cent of over 18s have had one dose of Covid-19 vaccine, vaccination rates of children are much lower, and broad vaccination of those aged 12 – 15 only began last month.

“Prevalence was high and increasing in school aged children during September,” Dr Paul Elliott, who led the study, told reporters.

“Increased vaccination uptake in school-aged children, and the unvaccinated or partially vaccinated adults will help reduce the potential for transmission.”

The study is intended to give an estimate of infection numbers that are unaffected by trends in people coming forward to be tested with Covid symptoms.

There was overall prevalence of 0.83 per cent out of 100,527 valid swabs submitted, higher than the 0.63 per cent recorded by the study in July before cases peaked later that month. 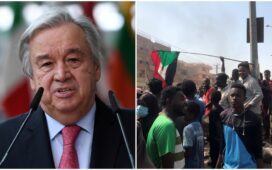