The Turkish president, Recep Tayyip Erdoğan, immediately started to reap the rewards for lifting the block on allowing Sweden and Finland to join Nato when the Biden administration said it backed the potential sale of F-16 fighter jets to Turkey.

Speaking at a briefing call on Wednesday, Celeste Wallander, the assistant secretary for defence for international security affairs at the Pentagon, told reporters that strong Turkish defence capabilities would reinforce Nato’s defences.

Biden met Erdoğan at the Nato summit in Madrid the day after a last-minute agreement between Turkey, Finland and Sweden was sealed, in which the two Nordic countries vow to take steps to control support for Kurdish terrorism in their countries.

Erdoğan had been threatening to block Sweden and Finland from joining Nato indefinitely in a move designed to assert Turkey’s centrality to Nato, and press the rest of the alliance to take the threat of Kurdish terrorism on its southern borders more seriously.

Biden rewarded Erdoğan’s lifting of the veto by staging the Madrid meeting and authorising his officials to say they were willing to help in the modernisation of the Turkish air force. The US president also thanked Erdoğan for his role in trying to broker an UN-endorsed agreement in which stockpiles of Ukrainian grain could leave the Black Sea ports. Russia notified the UN it was willing to go along with the plans overseen by Turkey in which 25m tonnes of grain would be shipped out of the Ukrainian-held and heavily mined port of Odesa in safe convoys.

Discussing the modernisation of the Turkish air force, Wallander said: “The United States supports Turkey’s modernisation of its fighter fleet because that is a contribution to Nato security and therefore American security … These plans are in the works. And they need to be worked through our contracting processes.”

Turkey made a request to the US in October to buy 40 Lockheed Martin-made F-16 fighters and nearly 80 modernisation kits for its existing warplanes.

Washington had not previously openly expressed an opinion on the sale aside from saying all weapons sales would have to go through the necessary legal processes. US officials rejected any suggestion Washington was backing the warplane request in order to remove Turkey’s objections to Sweden and Finland’s entry to Nato.

Washington said Congress would have a final say on the deal. The sale of the fighter jets is contentious because Turkey bought a Russian air defence system that many US senators say is incompatible with Nato membership.

Turkey also moved to exploit the deal to demand the immediate extradition from Sweden of a named group of Kurds and supporters of the cleric Fethullah Gülen.

In the deal signed with Turkey in Madrid on Tuesday, Finnish and Swedish leaders promised not to support the Kurdish PKK or the Syrian YPG groups, or any supporters of Gülen, whom Turkey blames for a failed coup attempt in 2016.

Turkey’s justice minister, Bekir Bozdağ, said on Wednesday he was awaiting the extradition of 33 terrorism suspects from Sweden and Finland, adding that Ankara will remind the Nordic countries of the extradition after the signing of a memorandum.

Minna Ålander, of the German Institute for International and Security Affairs, questioned the practical impact and novelty of the commitments made by Sweden and Norway. She said: “It has been very carefully worded by diplomats so both sides can read into it what they want.”

She said from a Swedish perspective, nothing substantive had been conceded even if the wording was designed to allow Turkey to say otherwise. “That is the beauty of the agreement,” she said.

Ålander said the deal does not, for instance, require Sweden to change its domestic law on extradition or its approach to specific extradition requests that are handled by an independent judiciary.

Ann Linde, the Swedish foreign minister, said: “We will not agree to any extraditions unless there is proof of terrorist activity. There is no reason for Kurds to think that their human rights or democratic rights are at risk.”

The agreement includes provision for a joint implementation committee to monitor the deal, but the memorandum remains a political agreement and not a legally binding international treaty.

Erdoğan has been given a special session at the summit dedicated to Nato’s southern flank as a way of raising the Kurdish issue, but this meeting is something the Spanish hosts wanted anyway. 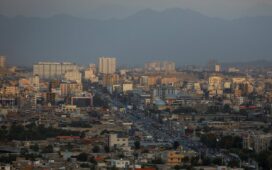 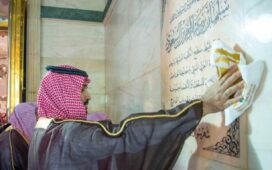 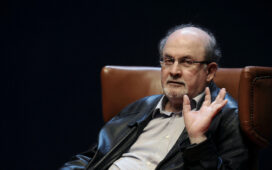 Iran Denies Any Involvement in Attack on Salman Rushdie 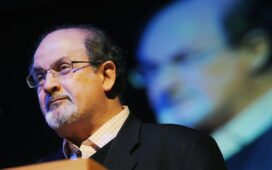 Salman Rushdie stabbing: Iran denies involvement and says author himself is to blame for attack 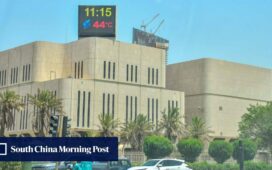 Kuwait names first ambassador to Iran in over 6 years 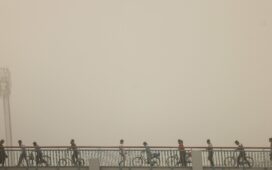