A conservative Australian senator has refused to apologise after he caused a storm of outrage by demanding three Chinese-Australians publicly and unconditionally condemn “the Chinese Communist party dictatorship”.

With the witnesses before a Senate inquiry denouncing the “McCarthyist” tactics, and with the opposition Labor party likening it to a loyalty test based on ethnicity, the veteran Tasmanian senator Eric Abetz insisted his questioning had “nothing to do with race and everything to do with values”.

The episode comes at a time of increasing tensions in the relationship between Australia and China, its largest trading partner, while security agencies in Australia have intensified their investigations into foreign interference.

The opposition’s leader in the Senate, Penny Wong, said Australia was a democracy where every citizen was equal, and senators must not “tolerate the loyalty or value of some Australians being questioned because of their ethnic origins”.

“In a world where authoritarianism and nationalism are rising, we cannot afford to be complacent about safeguarding our democracy and we cannot allow any ethnic groups to be targeted,” Wong said on Thursday.

“The behaviour of certain committee members towards Australian citizens yesterday was against these interests.”

One of the witnesses, Yun Jiang, a China analyst who previously worked in the Department of the Prime Minister and Cabinet, told Reuters on Thursday the interrogation by Abetz was akin to “some sort of loyalty test”.

READ  What is WeChat? Why does Donald Trump want to ban it? And will the ban actually work?

Reuters also quoted Wesa Chau, a board member of the Australian government’s National Foundation for Australia-China Relations, as describing the treatment as “race-baiting McCarthyism”.

The third witness, Osmond Chiu, said the questioning implied “divided allegiances” by virtue of his ethnicity.

In an opinion piece for the Sydney Morning Herald, the research fellow at Per Capita, a progressive thinktank, said he was born in Australia and refused to answer Abetz’s question in his terms “because it was demeaning and I would not legitimise his tactic with an answer”.

Referring to the questioning of public figures by the US congressman Joseph McCarthy in the 1950s in search of Communist party sympathisers, Chiu wrote: “I have sometimes wondered how people felt when they were dragged in front of the House Committee on Un-American Activities with Congressmen demanding that they prove their loyalty. Never did I imagine I would be placed in a similar situation.”

During the hearing on Wednesday, Abetz said: “Can I ask each of the three witnesses to very briefly tell me whether they are willing to unconditionally condemn the Chinese Communist party dictatorship? It’s not a difficult question.”

Jiang said she condemned “the grievous human rights abuses done by the Chinese government and the Chinese Communist party, but I also have said before that I don’t think it’s fair to force all Chinese Australians to take a position or political action when similar requests are not being made to other Australians”.

For his part, Chiu said he believed in the universality of human rights: “I don’t support the Communist party but I don’t believe that it’s helpful to get into a political game of denouncements.”

That response prompted Abetz to complain of a “limp statement”, adding “there’s a difference between not supporting something and actively condemning a regime that engages in forced organ harvesting and having a million Uighers in concentration camps”.

Chau, then, said she thought all migrants should have a right to participate in Australian democracy “and to be able to distinguish their ethnicity and race from dual political issues”.

When Abetz continued to pursue the issue, asking why it was so difficult to unequivocally condemn the CCP, Chau said it was unfair to demand public declarations of allegiance and loyalty.

His fellow Liberal senator Concetta Fierravanti-Wells told the witnesses to “go and read the constitution” and she believed “there is an overwhelming under-desire among people from the Chinese-Australian community to participate in politics”.

But the Labor senator Tim Ayres said he could now understand “why young people from the Chinese community would be reluctant to stick their heads up and make a contribution to a Senate committee”.

The Greens senator Janet Rice thanked the witnesses “for your nuanced contributions to the debate today and for sticking your head up above the parapet to be attacked”.

“It’s a very clear example of the pressures that Chinese-Australians are under,” she said.

In a statement on Thursday, Abetz defended the exchanges, saying it was everyone’s duty to stand firm “against ugly dictatorships”.

“I, therefore, make no apology for the exchange between Mr Chiu and myself yesterday,” the hawkish senator said.

“At no point did I question the loyalty of anyone.”

Responding to Chiu’s oped, Abetz said: “For all the hot air from Mr Chiu at the hearing and his hit piece in the media, his limp platitudinous statements are cold comfort for the Chinese-Australian diaspora, the millions of Uighers, and all the others, languishing in detention and oppressed.”

READ  The US-China tech Cold War has turned hot – but would a Biden presidency change things for Huawei and others?

Andrew Giles, the opposition’s spokesperson for multicultural affairs, said the questioning tactics were “nothing short of appalling”.

“I feel sick that my friend Osmond Chiu felt that he was being subjected to ‘a gotcha loyalty test’ and I am anxious that this example will deter others from participating in social and political life,” Giles told Guardian Australia.

The head of Australia’s domestic spy agency told the inquiry on Thursday members of diaspora communities were sometimes on the receiving end of threatening action or coercive direction that put them under pressure to act contrary to Australia’s national interest.

Mike Burgess, the Asio chief, when asked about actions by the CCP’s activities in Australia, said: “It is my preference that I don’t talk about particular countries but let me say there is more than one country that does focus on diaspora communities in Australia.” 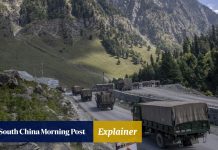 How could a US-India intelligence deal affect China? 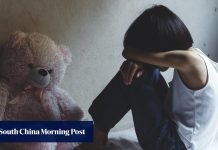 ‘I did it for the money’: the Chinese spy who gave up state secrets 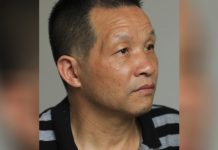 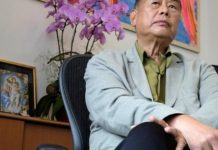 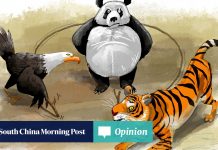 What the timing of the US-India defence deal reveals 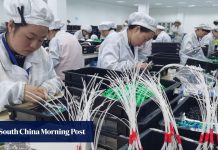 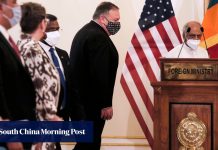