SINGAPORE – A former Ngee Ann Polytechnic senior lecturer on Thursday (Nov 17) pleaded guilty to making racist remarks against an interracial couple in an incident in 2021 which was captured on video and went viral.

Tan Boon Lee, 61, admitted to two charges – one count of wounding an individual’s racial feelings and another of possessing obscene films. Two other charges were taken into consideration.

On June 5, 2021, Tan, a Singaporean who was at the time a lecturer in Ngee Ann Polytechnic’s engineering department, made racist remarks to Mr Dave Parkash, 26, in the vicinity of Angullia Park in Orchard Road.

Mr Parkash, a Singaporean who is half-Indian and half-Filipino, was with his girlfriend at the time.

The couple were walking towards a carpark at Orchard Boulevard when Tan crossed paths with them and made the comment that it was “such a disgrace (that) an Indian man is with a Chinese girl”.

Mr Parkash’s girlfriend, who is half-Thai and half-Singaporean Chinese, recorded the confrontation that followed and the video, which lasted around nine minutes, went viral on social media after he shared it on Facebook.

In it, Tan accuses Mr Parkash of “preying on a Chinese girl”. He also says a Chinese woman should not be with an Indian man.

He also told Mr Parkash: “If you are proud of your own race, marry… Indian.”

Tan also said Mr Parkash’s girlfriend’s parents would be disgraced that she is dating an Indian man. 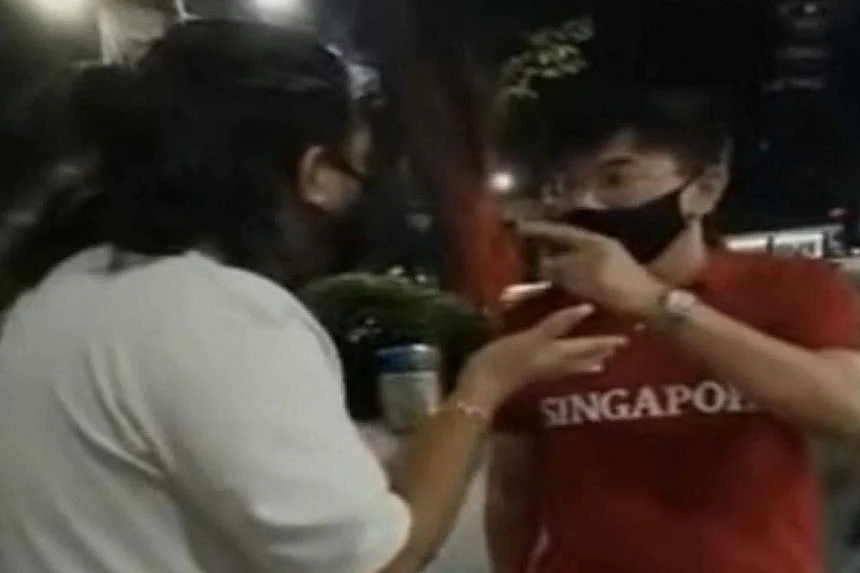 About a month after his outburst at Orchard Road, Tan issued a formal apology on Facebook.

Separately, in June 2021, the police uncovered 64 obscene videos on Tan’s phone. These videos showed women engaged in sexual acts, which were downloaded from online sources or sent from his friends.