Exchanges in Parliament: MPs ask if Government can delay GST hike, do more to beat inflation


SINGAPORE – Second Minister for Finance Indranee Rajah and Minister of State for Trade and Industry Low Yen Ling addressed MPs’ questions about inflation and the goods and services tax (GST) hike in Parliament on Tuesday (Jan 11). Here are edited excerpts of the questions and answers:

Given the series of cost increases in recent months and with perhaps more to come, and that we are still in this pandemic fighting mode, would the Government consider delaying the GST increase to avoid adding to inflationary pressure?

For the first one, we had announced in Budget 2018 that we plan to raise the GST by 2 percentage points from 7 to 9 per cent and it will be some time from 2021 to 2025. Then the pandemic came along. So we said in 2020 that the GST rate increase would not take place in 2021, in direct recognition of the hardship felt by people.

It’s not something we can put off forever, but the exact timing was something we have to think about. In deciding the timing for the GST hike, we are carefully considering all the overall economic conditions. The economy is recovering steadily, and barring fresh disruptions, it should grow in step with global economic recovery. And we expect GDP to grow by 3 to 5 per cent in 2022.

Will MTI work with some ministries to coordinate some of the increases where it’s within the control of the Government? For example, electricity prices that affect a majority of people. Even the coffee shops are now using that as an excuse to increase drink prices.

Minister of State for Trade and Industry Low Yen Ling:

The Ministry of Trade and Industry (MTI) and Competition and Consumer Commission of Singapore (CCCS) take a tough stance against profiteering and we keep a very close watch on prices. MTI monitors the general price movements through the US Department of Statistics, the CPI (consumer price index) survey, and where necessary, MTI also monitors the prices of specific goods.

If you recall, about 20 months ago, between January and May 2020, there was a surge and very, very high demand for masks. During that period, MTI and CCCS swung into action. We monitored the prices of the masks on a weekly basis. We took proactive actions and sought price information from e-commerce platforms. That helped shape behaviour by the retailers and organisations.

Back in 2006, the Government had put in place a freeze in fee increase for one year after the GST increase. This time round, will the Government consider a similar freeze?

We monitor the CPI-All Items inflation based on different household income groups. That allows us to work with the Ministry of Finance to design the necessary targeted assistance for the relevant segments based on household income. 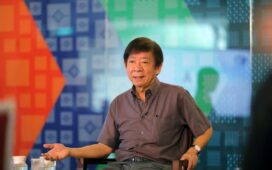