SINGAPORE – A look to the right by Health Minister Ong Ye Kung and Trade and Industry Minister Gan Kim Yong at a press conference on Monday (May 31) after a reporter posed a question has sparked several memes, suggesting the two men were “bosses” delegating work to Finance Minister Lawrence Wong.

It had happened just before Mr Wong answered the question, on whether the new coronavirus variants may cause another spike in cases, when measures would be relaxed and if the supposed new variant from Vietnam has been detected in Singapore.

The three ministers, who co-chair the multi-ministry task force on Covid-19, were giving updates on Singapore’s Covid-19 situation at a virtual press conference that was broadcast live to the public.

The memes arising from that scene include one by Mr Matthew Wee with the twitter handle @themattwee, who used the colloquial phrase “kenna arrow” on Mr Wong.

Local humour site SGAG labelled Mr Ong as the “boss” and Mr Gan as the “manager” directing a request from the big boss to their “subordinate”, Mr Wong, who volunteers for the task saying, “Me lah I can”.

How accurate were these memes?

In a Facebook post on Wednesday, Mr Wong said he had seen one of them and had a good laugh.

“It’s really not about who answers the questions. My fellow co-chairs and I work closely together to fight the pandemic. We are all in this together, and teamwork makes the dream work. Let’s continue to stay united in this challenging time!” he added in the post which also tagged his fellow ministers.

READ  GE a massive roll of the dice for Johnson

The post drew a response from SGAG in the comments section.

It said: “Bro Lawrence Wong did you kena arrow AGAIN to address this viral meme that we did? HAHAHAHA! You and your team keep doing your best to keep SG safe la huh? We will do our best to keep Singaporeans entertained with our memes (about you!) HAHAHAHAHA!”

Mr Ong also quipped in the comments section: “Lawrence, next time you can ‘eye power’ me back!”

Asked about the memes and how the ministers decide who takes which question, Mr Ong told The Straits Times: “It felt like a question Lawrence can answer best. When it was a question on the vaccination exercise, I could feel everyone’s ‘eye power’ too!” 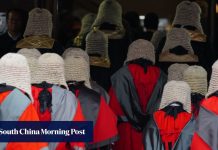 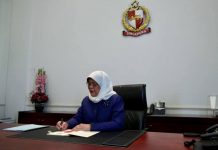 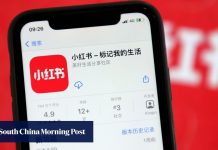 It's time to mind the gap in Singapore's rich-poor digital divide: report 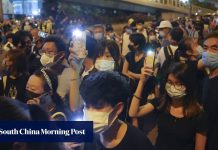 Both police and residents claim victory in showdown over Hong Kong’s banned Tiananmen vigil, but what happens next? 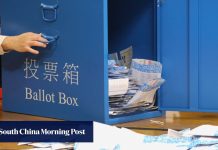 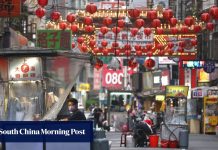