Chinese tanks at the border? False. Photo of a protester biting off a policeman’s finger? Misleading. In polarised Hong Kong, a fake news fight for public opinion has become as crucial a battleground as the city streets.

During weeks of pro-democracy protests that have involved millions of people and frequently turned violent, online rumours and conspiracy theories have sowed confusion and deepened distrust.

From 2011 footage of South Korean soldiers misrepresented as an impending Chinese “invasion” to doctored photographs exaggerating the size of rallies, Hong Kong citizens have been bombarded with conflicting claims from both sides of the political divide.

The numbers signalling the impact of the disinformation can be shocking.

Footage of a convoy of Chinese tanks that posts claimed were being sent “to suppress Hong Kongers and cause bloodshed” quickly racked up more than 800,000 views on one Twitter account alone.

Hong Kong authorities have been forced to repeatedly deny claims circulating on social media — most recently, that People’s Liberation Army (PLA) soldiers had been brought in from the mainland to defend government buildings.

“There is absolutely no such thing and all these claims are totally false,” Hong Kong’s government said this week, responding to the allegations.

Police have also been the target of much fake news, including a video debunked by AFP that purportedly showed officers shooting a woman in the face.

“The spreading of numerous rumours about police operations will drive a wedge between the Hong Kong Police and community,” the force told AFP in a statement.

Videos and images of protests or violent incidents, often selectively edited or doctored to support a particular viewpoint have circulated quickly on social media platforms, but also private chat groups such as on Weibo or WhatsApp.

In these closed environments, entrenched ideas are rarely challenged by facts, according to journalism professor and fake news expert Masato Kajimoto.

“The rather simple, one-sided views expressed in such content makes it harder to reconcile the difference,” between Hong Kong’s warring camps, Kajimato told AFP.

While a lot of disinformation originates and spreads on social media or chat groups, the mainstream press is also guilty of fanning the flames, according to Kajimoto.

“The excuse that journalists are simply reporting about what people are sharing and discussing is a cop-out,” he said, pointing to a widely reported recent conspiracy theory that claimed a policeman’s watch proved a press briefing was staged.

“In this age of misinformation and disinformation, the news media should not report anything they haven’t independently verified.”

Journalists themselves have complained of pressure to make events fit a certain narrative.

This month, the staff union for Hong Kong’s public broadcaster claimed reporters were instructed to spread misinformation about a protester using pliers to sever a police officer’s fingers.

The channel has said it is investigating.

China’s state-run media is a driving force behind discrediting pro-democracy events, according to lawyer Rachel Lao, who is a member of a pro-democracy legal group.

“The Chinese Communist Party is skilled at creating confusion among the public in China and shaming any such movements,” Lao told AFP.

But she said the bombardment of state-sponsored disinformation may have the opposite effect from what Beijing intends.

“Because the news is so obviously fake to Hongkongers, they are now very sceptical of any news they receive,” she said.

“In a world with too much information, what is real and not real is very tricky (to determine),” Ngo said, adding the this may work better for authorities and the city’s pro-Beijing camp.

“It ultimately plays well for those in power, when ordinary people decide not to seek truth because they think it’s so hard to figure out what is true and what isn’t,” he added.

Dedicated fact-checking services, run by independent or mainstream media groups, have emerged in recent years across the globe.

AFP’s own Asia Fact-Check service has debunked more than a dozen false or misleading claims about the Hong Kong protests, published in English.

However, Hong Kong has yet to see the kind of strong fact-checking culture emerge as seen in India and Indonesia over recent years.

Suspicion and doubt, in the meantime, is filling the vacuum.

“There isn’t neutral, reliable media that can build a bridge between the two sides and win the trust of both,” Phillis Zhu, a mainland Chinese student living in Hong Kong, told AFP.

“Actually, media is causing the conflicts.”

Foreign firms may ‘vote with their feet’ if Hong Kong’s autonomy is threatened: European business leader

The death of globalisation has been announced many times. But this is a perfect storm | Adam Tooze 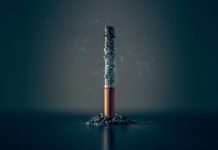 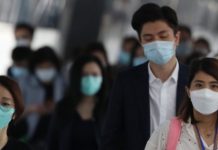 Over 95% of migrant workers resume work in China 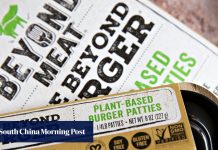 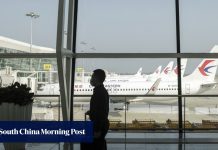 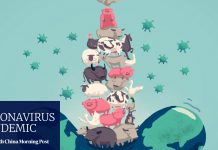