A candidate for the far-right Brothers of Italy looks set to end 27 years of leftwing rule in the eastern Marche region, and take the party’s second regional presidency.

The centre-left is likely to retain its stronghold of Tuscany, however, according to exit polls for key Italian regional elections.

Brothers of Italy, led by the increasingly popular Giorgia Meloni and part of a coalition led by Matteo Salvini’s League and including Silvio Berlusconi’s Forza Italia, was also just slightly behind the Democratic party’s candidate in Puglia.

Brothers of Italy’s candidate for the regional presidency of Marche, Francesco Acquaroli, was forecast to capture 47-51% of the vote, compared with 34-38% for the centre-left candidate. A win there would give Brothers of Italy, a descendant of a post-fascist party, its second regional seat after Abruzzo.

“[Marche] is an important win for Meloni,” said Mattia Diletti, a politics professor at Rome’s Sapienza University. “Her goal is to lead the coalition and she has understood that it’s more of a marathon than a sprint.”

There was strong voter turnout across the seven regions hosting elections on Sunday and Monday, as well as in a referendum on reducing the number of parliamentarians, which an overwhelming 69% of Italians are projected to have supported. The referendum was backed by the Five Star Movement, the party ruling nationally with the Democratic party.

Salvini’s coalition was also certain to retain Veneto, with the incumbent leader, Luca Zaia, set for a landslide victory, as well as the Liguria region. The centre-left was poised to keep Campania, where the popularity of Vincenzo De Luca, the incumbent president, has surged thanks to his handling of the coronavirus pandemic. Victory in Tuscany would allow the Democratic party to breathe a sigh of relief.

READ  CEOs have 'no clue' on coronavirus impact in what could be a lost year for earnings, investor says

The League was also ahead in the small Aosta Valley region, which has its own party system. If the coalition’s wins are confirmed in the final results it would give the group more than half of Italy’s 20 regions, with nine captured from the left within the last few years.

The group is the biggest political force in Italy but its latest successes are unlikely to have too much of an impact on the shaky national coalition led by the prime minister, Giuseppe Conte.

“I think the government will be stable but with some tremors,” added Diletti. “It’s too important for them to be stable in order to have a good relationship with Europe.” 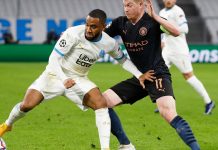 Hostile rhetoric will not stop refugee children dying in the Channel

A child is for life, not just for Christmas | Brief letters 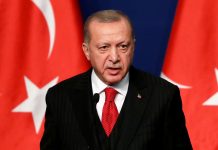 Turkish lira hits yet another record low, pushing past 8 to the dollar amid France row

'This is war': opposition politicians in Poland take abortion protests to parliament – video 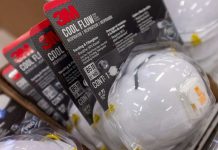 Catalonia to invest in 'Catalan Nasa' space agency and satellites