WASHINGTON (NYTIMES) – An expert committee on Tuesday (Nov 30) voted to recommend that the Food and Drug Administration authorise a Covid-19 pill from Merck for high-risk adults, the first in a new class of antiviral drugs that could work against a wide range of variants, including omicron.

The drug, known as molnupiravir, has been shown to modestly reduce the risk of hospitalisation and death, predominantly from the Delta, Mu and Gamma variants.

The expert panel recommended it for Covid-19 patients who are older or have medical conditions that make them vulnerable to severe illness. The pill could be authorised in the United States within days, and available by year’s end.

In the coming weeks, the FDA may also greenlight a similar pill from Pfizer that appears to be significantly more effective than Merck’s.

Health officials around the world have been counting on the new pills to reduce the number of severe cases and save lives. If Omicron causes a surge in severe infections, it could make them even more important.

Scientists have yet to run experiments to see how well the pills block Omicron viruses from replicating. But there are reasons to think they would remain effective even if the variant can sometimes evade vaccines.

Omicron has more than 30 mutations on the so-called spike protein that latches on to human cells. Some of those mutations may make it hard for vaccine-produced antibodies to attack the virus.

But the pills do not target the spike protein. Instead, they weaken two proteins involved in the virus’ replication machinery. Omicron carries only one mutation in each of those proteins, and neither looks as if it would stop the pills from doing their jobs.

In a presentation to the committee members, Dr Daria Hazuda, a Merck executive, said molnupiravir’s activity is similar across known variants and that the drug works in a way that makes it likely to be active against new variants.

Another Merck executive, Dr Nicholas Kartsonis, told the panel on Tuesday that the company is “feverishly working” to collect samples from people infected with omicron that it can use in laboratory studies to help determine whether the drug will work against the variant.

Virus cases are rising in many US regions, notably the Upper Midwest and Northeast. Nationwide, cases have increased since the start of November, prompting fears about a winter surge fuelled by Omicron, indoor holiday gatherings and the refusal of tens of millions to be vaccinated.

In a clinical trial, molnupiravir was found to reduce by 30 per cent the risk of hospitalisation or death when given to high-risk, unvaccinated volunteers within five days after they started showing symptoms. It appears to be substantially less effective than Pfizer’s pill, which was found to lower risk by 89 per cent, and monoclonal antibody treatments, which have been found to cut it by at least 70 per cent.

If molnupiravir is authorised, US supply is expected to be limited at first, though it will be more abundant than Pfizer’s pill. The Biden administration has ordered enough courses of treatment, at about US$700 (S$960) per person, for 3.1 million people. Merck is expected to supply those pills before February.

The treatment is given within five days of the start of symptoms and is taken as 40 pills over five days.

To get the pills, people will likely need to test positive for the virus soon after they start showing symptoms. But it often takes several days to get results from a PCR test, and in some parts of the country it is difficult to find rapid tests that return results within 15 minutes.

The FDA panel discussed safety concerns raised by some scientists about Merck’s pill. The treatment works by inserting errors into the virus’ genes. Some scientists say there is a theoretical risk that it could trigger mutations in cells as well, potentially causing reproductive harm or a long-term risk of cancer.

Representatives from Merck and from the FDA reviewed the results of safety studies in cells, animals, and clinical trials. “The overall risk of mutagenicity in humans is considered low,” Dr Aimee Hodowanec, a senior medical officer at the FDA, said at the meeting, referring to the potential for the drug to induce mutations in the DNA of people taking it.

Children and pregnant women were excluded from the clinical trials of the drug.

Dr Kartsonis said that the company would start a pregnancy surveillance program to monitor the outcomes of women exposed to molnupiravir during pregnancy, either inadvertently or intentionally.

Britain, which authorised Merck’s pill earlier this month, recommended that it not be given to pregnant or breastfeeding women, and that women who could become pregnant use contraception while taking the drug and for four days after.

In a discussion about whether the pills should ever be given to pregnant women, committee members said they were struggling to weigh whether the potential risk of the drug during pregnancy was too high, given uncertain benefits.

“The efficacy of this product is not overwhelmingly good,” said Dr David Hardy, an infectious disease physician at Charles Drew University School of Medicine and Science in Los Angeles. “I think we really have to be careful about saying that this is the way to go.”

But several panel members said that in certain cases the pills might be appropriate during pregnancy, such as if a woman has many medical conditions or when antibody treatments are not available.

“I’m not sure you can ethically tell a pregnant woman who has Covid-19 that she can’t have the drug if she decided that’s what she needs,” said Dr Janet Cragan, a paediatrician with the Centres for Disease Control and Prevention. 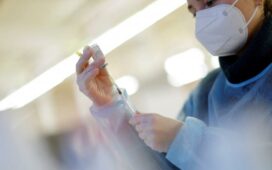 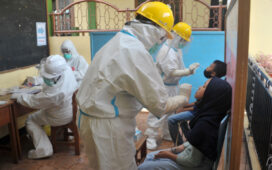 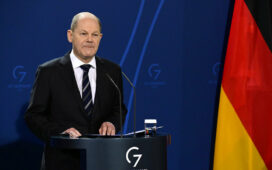 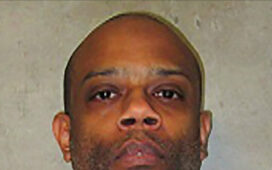 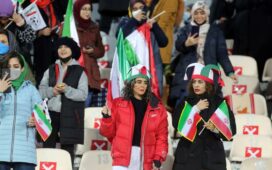 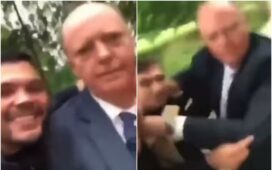 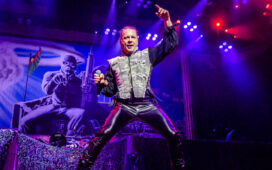 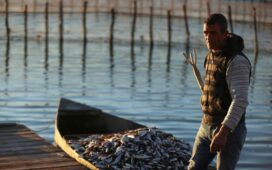 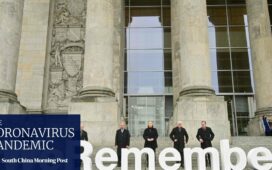