For four decades, the Federal Reserve kept up its guard on inflation, beating it back even when it whispered a threat. Such vigilance won the battle but price pressures have since become too weak, depressing interest rates and making it harder for officials to fight recessions.

To fix the problem, Chair Jerome Powell now says the Fed will let inflation overshoot its 2% target and not tighten rates when unemployment falls.

But the new approach “won’t have any practical impact unless Federal Open Market Committee members consciously avoid talking about inflation risk in the coming years,” said Jason Thomas, head of global research at The Carlyle Group (NASDAQ:) in Washington. “Until inflation is sustainably above target, the Fed needs to project perfect calm about price developments.”

Powell can expect questions on how the Fed will go about delivering higher inflation at his press conference at 2:30 p.m. Washington time Wednesday, 30 minutes after officials release a policy statement at the conclusion of the rate-setting FOMC’s two-day meeting.

Unlearning the habits of a generation of central bankers is a big cultural shift and could take a long time to refine. Ever since its then-chief Paul Volcker defeated inflation in the 1980s, his successors have generally hiked rates and publicly sounded the alarm as price pressures built.

Now the Fed has committed to achieving 2% inflation on average — by overshooting the goal if that’s what it takes — and, importantly, it has the consensus of all 17 policy makers that this is the right thing to do. Despite the historic shift, announced Aug. 27 at the Fed’s annual Jackson Hole policy conference, they have left a lot of work undone, including a description of how they will use their limited tools to get there.

“Changing people’s mindsets about what monetary regime you are under, what levels of inflation will be tolerated and will occur, is a long process,” said Adam Posen, president of the Peterson Institute for International Economics. “There is nothing in the strategy so far that generates inflation unless you believe that the statement of the strategy alone is credible and somehow immaculately moves prices and wages without any action.”

Raising inflation will be especially hard amid the steep recession caused by the coronavirus pandemic, which has sent unemployment soaring in the U.S. and depressed price pressures across advanced economies.

Communicating about the need for higher inflation is also complicated by many Americans viewing it as a bad thing. That’s what Fed officials heard during a nationwide listening tour last year as part of their strategy review: higher prices hurt low-income families unless matched by increased wages.

In terms of tweaks to strategy, Fed Vice Chairman Richard Clarida said on Aug. 31 there are three things that need further work: How they talk about changes to their policy rate in the future, or forward guidance; how they talk about their balance sheet and bond buying; and how they refine their quarterly forecasts, a task he said would likely be done by the end of the year.

READ  Should we bring it home?

Minutes from the July meeting showed officials discussed tying their interest-rate guidance in the FOMC statement to reaching their goals for inflation, unemployment, or both, and possibly rephrasing their justification of asset purchases in terms of stimulating the economy rather than “to sustain smooth market functioning.” That’s the current explanation, and a change would probably extend the expected time frame for purchases.

But curiously, there seems to be no hurry. John Williams, the New York Fed president, said the central bank needs a reliable forecast before it changes its rate outlook.

A Bloomberg survey of economists conducted Sept. 4-10 showed most respondents expect the Fed to clarify its guidance in coming months by signaling that future rate hikes will be linked to reaching 2% inflation on average. But just 35% said they expected such new guidance would be unveiled this week.

Economists put a lot of weight on beliefs, or “credible commitments” by the central bank. Because this is a new commitment, it is going to be hard to just move those expectations with words alone, said William English, a former director of the Fed’s Division of Monetary Affairs.

“In terms of making this change credible and built into expectations of markets and the public, it’s going to take time,” said English, who is now a professor at the Yale School of Management. “It may take a couple business cycles before they have really credibly shown this is what they’re going to do. That’s going to be a project.”

ECB should look at formulation of its inflation target – Villeroy

Harley-Davidson to pull out of world’s largest motorcycle market

Bringing Clarity to the Voting Process Before Election Day

If you still haven't gotten a stimulus check, remember an Oct. 15 deadline is coming up 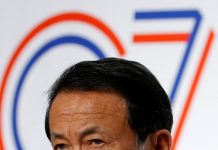