“Our idea is to attack for 90 minutes,” the Atalanta centre-back Cristian Romero had said on the eve of this match. Instead, down to 10 men early, he and his exhausted teammates found themselves trying to defend for almost as long. They almost made it too. But as the finish line drew close, reward for their resistance, they were finally shot down.

From a little outside the area, off a short corner, the left-back Ferland Mendy bent in a brilliant shot that gave Real Madrid a 1-0 away win that had looked like it might evade them. As it hit the net, there was relief for the first Spanish team to win in this round. For the Italian club, who had just made their last change, trying to hang on to a valuable draw, it was cruel.

This wasn’t the way either of them had anticipated it, and Mendy wasn’t the man anyone had foreseen delivering the decisive moment. “I didn’t expect such a quiet night,” the Madrid goalkeeper Thibaut Courtois admitted; nor, he said, did he expect it to be only one goal once Madrid had a man more. And yet there was something familiar about the formula: a clean sheet and a defensive player eventually scoring via a set play to put them in a good position to progress.

“We found it hard to get the goal and it wasn’t a great game but we got a good result and away,” Zinedine Zidane said. All the more so with an injury list so long that they could not even fill their bench, just one outfield first-teamer sitting on it.

The game as it had been designed lasted only 16 minutes, until Tobias Stieler sent off Remo Freuler. Freuler, who departed down the tunnel alone shaking his head, had fouled Mendy as he dashed towards the Atalanta area. The referee’s judgment that it was a clear goalscoring opportunity was as debatable as it was damaging. To be reduced to 10 men so early hurts any team; for one constructed so collectively, competing man-to-man everywhere and at a speed that suffocates opponents, it is even worse.

Madrid had ridden the rhythm until then, keeping possession where they could and trying to slow the game, conscious that this is a two-legged tie and in three weeks’ time some of their nine absentees will have returned. With Toni Kroos and Luka Modric, that is a workable plan and an extra man helped them to take an even firmer hold, although Gian Piero Gasperini’s side initially sought to maintain that pace, Joakim Mæhle horribly skewing a shot as he ran in at the far post.

Madrid slowly took a step up, aware that the original blueprint could now be improved upon: this was a game to win, not just to survive. If that was not without its risks, Nacho sliding in to deny Luis Muriel soon after, those were limited and in the final minutes of the half chances appeared. Isco shot wide from Modric’s pass, Vinícius’s effort was deflected over, and Marco Asensio headed into Pierluigi Gollini’s hands.

At the other end, Muriel reminded everyone that this might not be easy, first turning to shoot wide and then going down in a challenge with Lucas Vázquez. The shouts for a penalty echoed loud but were not entertained by the referee. Madrid then took a familiar route to goal just before the break: this time, though, Kroos’s dead ball and Casemiro’s header yielded a close-range save from Gollini.

Briefly, Atalanta’s keeper found Madrid’s players getting nearer. He could only watch as Modric’s shot squirmed slowly wide of his post. Next Rafael Tolói had to dive to head away. And then Vinícius somehow lifted his shot over the bar. All of those came inside six minutes of the second half starting and inside the six-yard box. And yet, while Atalanta tired, thereafter they managed to keep Madrid at arm’s length.

Opportunities were fewer: on the hour Madrid had taken 12 shots but only two on target. Zidane sought a finisher, someone to reach the crosses and the loose balls, and sent on Mariano Díaz but that didn’t help either. Nor did the turn to the 19-year-old Sergio Arribas and the 21-year-old Hugo Duro.

There was not much imagination, which is a recurring accusation, and Atalanta grew in confidence even as they ran low on gas. They shouldn’t have. A Kroos shot flew wide from distance and that was it, until a short corner found Mendy with five minutes to go. 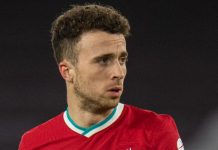 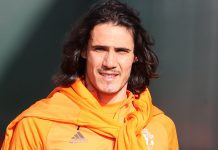 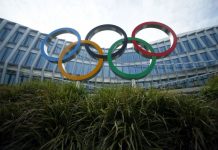 Olympics: 10 Russian athletes to compete in Tokyo under neutral flag 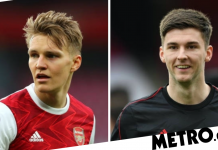 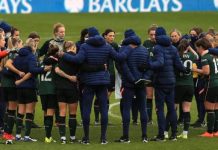 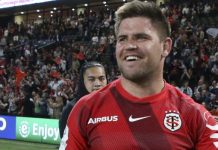 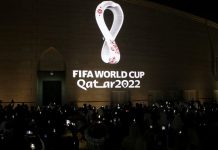 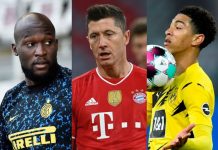 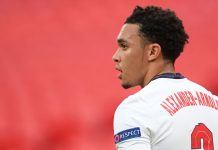