People are usually secretive about their fetishes, lest they be judged by others around them.

But, there are some who aren’t afraid to share, with one going as far as making an Instagram page to show off his fixation with ‘masked’ women.

Recently, Singaporean influencer Jordelia Tan, who also goes by the username Ninjabread_, exposed one of these fetishists in a TikTok video.

In the 50-second clip uploaded on Monday (Sept 5), Tan shared that she had been checking her tagged photos on Instagram when she saw an image of herself photoshopped with duct tape and handcuffs.

“This picture was from my Instagram. There was no f****** mask and there were no handcuffs,” she pointed out.

It was no regular face mask covering her mouth, but a much more sinister-looking duct tape.

The doctored image was posted on an Instagram page named Singapore_masklover and upon further inspection, the young woman realised she wasn’t the only one whose photos had been photoshopped in such a manner.

After scrolling through the Instagram page, which has since been made private, Tan found more photos of other attractive women who had duct tape, handcuffs and even ropes photoshopped onto their mouths, wrists and torsos.

She was horrified to discover that women in hijabs were not spared either.

“Sorry sir or madam, you are sick,” she said. 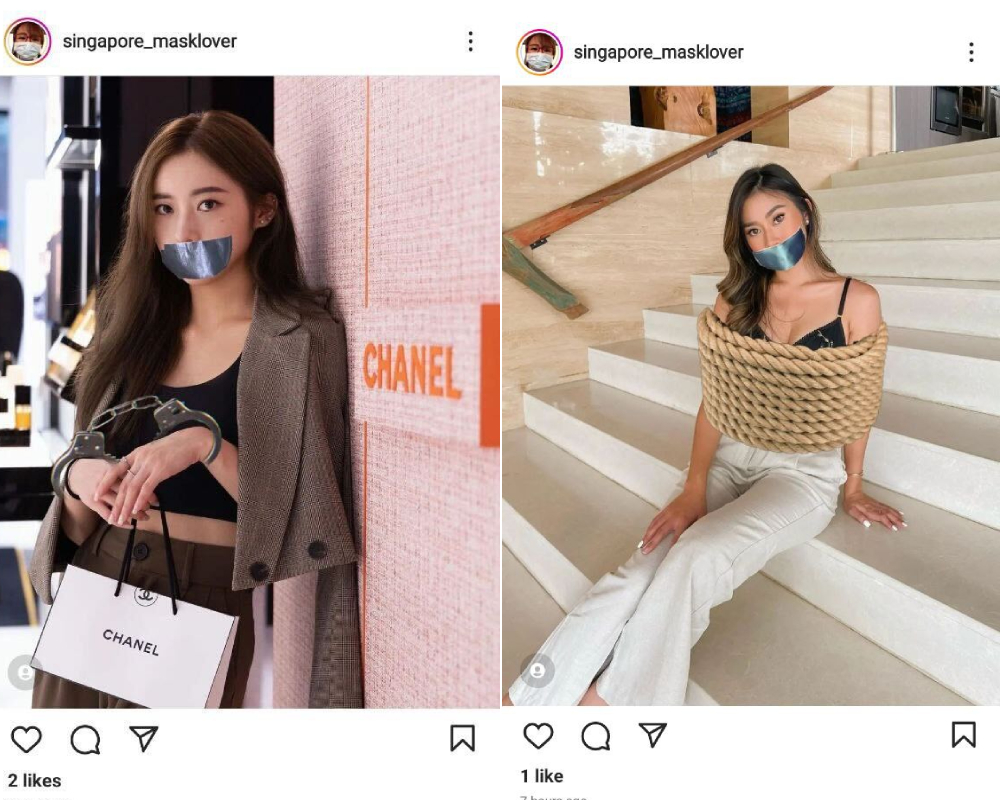 Prior to the account being locked, AsiaOne found Instagram stories in Singapore_masklover’s highlights saying the owner is willing to take down any of the posts if one makes a request.

We also found a post from over a year ago where the page owner justified his actions.

“We do not go around sexually harassing or raping these people and then blame them for wearing masks. It’s all about controlling your desires,” he explained. 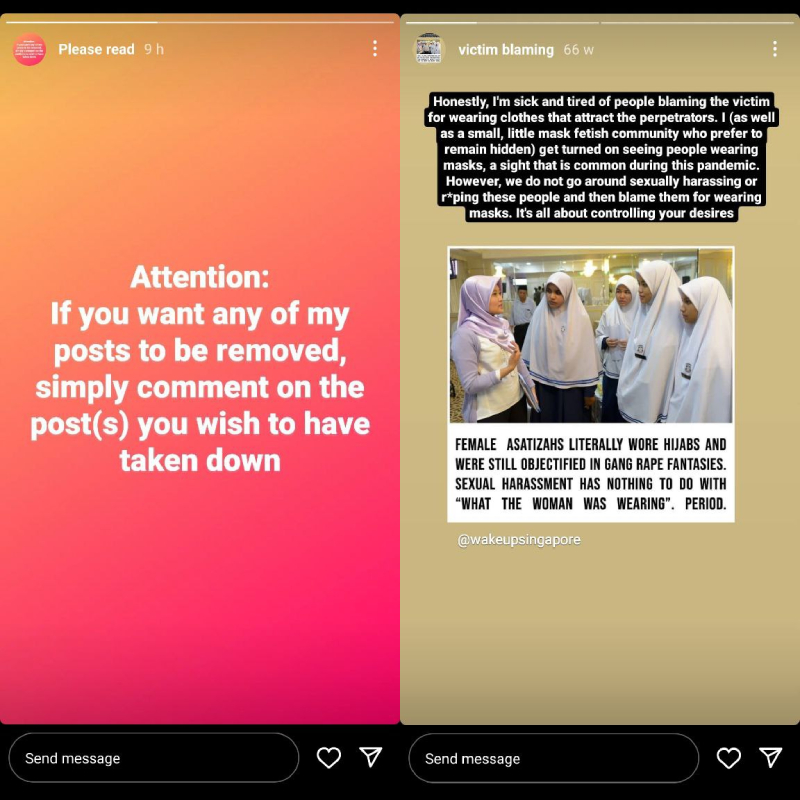 As of the time of writing, Tan’s TikTok video has garnered over 13,500 views and 25 comments. AsiaOne has reached out to her for comment.

A number of netizens expressed their disgust over the photos shared on the Instagram account, with some calling them “scary” and “creepy”. 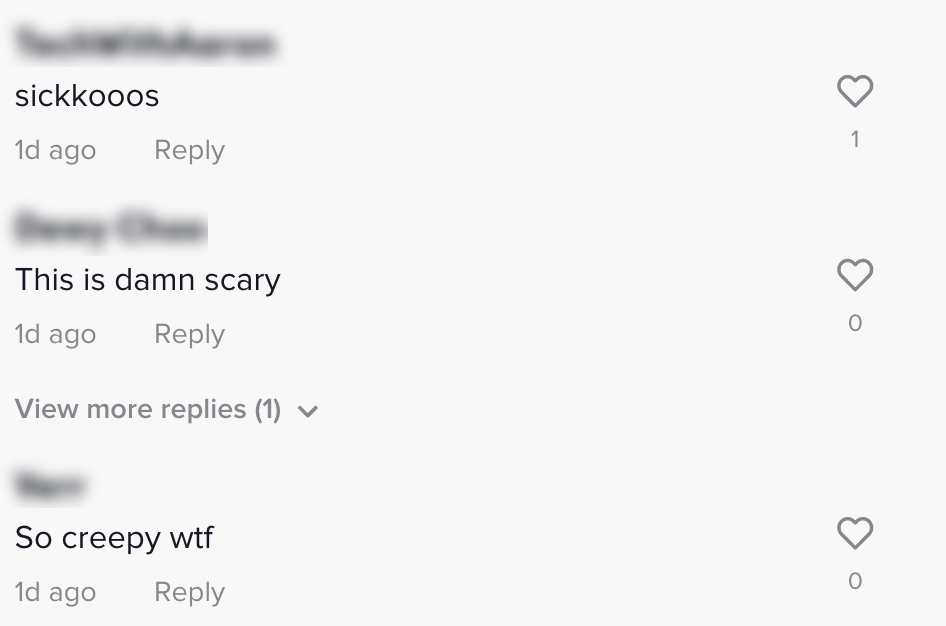 However, there are others who were more amused than horrified by the doctored images. 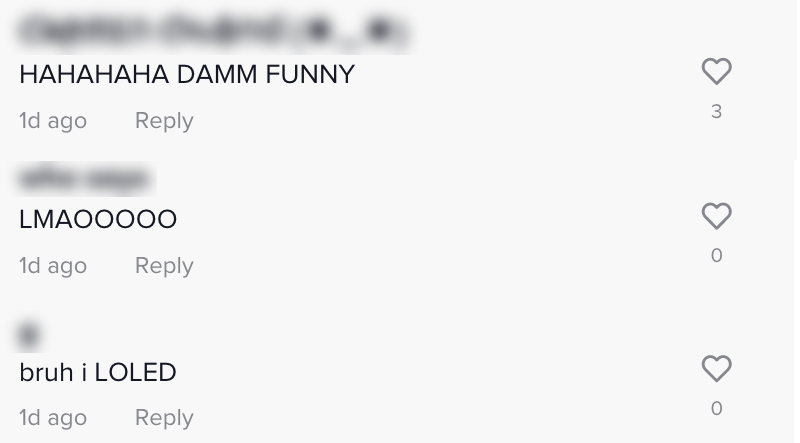 Outraged by Singapore_masklover? Then you’d be appalled to know that previously, there was a similar Instagram account that uploaded voyeuristic photos of pregnant women in Singapore.

Most of the subjects in the snapshots didn’t appear to realise they were being photographed.

But there were some women who looked like they noticed something was amiss judging from their direct gaze into the lens.

A woman who was disturbed by that account urged others to make a police report, adding that “the victim can be our friends too.”

They’ve got a tour of their own: Westlife will return to Singapore in Feb 2023