A day before he was killed in the military’s brutal crackdown on Myanmar’s protests, IT engineer Nyi Nyi Aung Htet Naing posted on Facebook asking “how many dead bodies” were needed before the world would stand up and take action.

The 23-year-old protester, who lost his life on Sunday, was part of the demonstrations which have been ongoing since 1 February when Myanmar’s military displaced a democratically-elected government and arrested its leader Aung San Suu Kyi.

On 28 February, the bloodiest day since the protests started, at least 18 people were killed and 30 injured while hundreds were arrested as the security forces intensified their attempts to make people disperse.

Nyi Nyi Aung Htet Naing had shared a post on Saturday with the hashtag “How_Many_Dead_Bodies_UN_Need_To_Take_Action”. He was shot on Sunday a few hundred metres from the Hledan Junction, a regular protest gathering point in Yangon.

A video showed him lying outside the gate of a high school as several protesters run past him. Five others are seen carrying his body away, reported Reuters news agency.

One other video on social media showed a protester clad in jeans and flip flops lying motionless as the crowd scatter and soldiers walking past begin to beat another protester.

The United Nations’ human rights office condemned the violence and asked the military to “immediately halt the use of force against peaceful protesters”.

“The people of Myanmar have the right to assemble peacefully and demand the restoration of democracy. These fundamental rights must be respected by the military and police, not met with violent and bloody repression. Use of lethal force against non-violent demonstrators is never justifiable under international human rights norms,” UN Human Rights Office spokesperson Ravina Shamdasan said in a statement.

Ms Shamdasan emphasised that many people have been “arrested– some of whom remain unaccounted for – mostly without any form of due process, simply for exercising their human rights to freedom of opinion, expression and peaceful assembly.”

She said that the international community must stand in solidarity with the protesters and all those seeking a return to democracy in Myanmar.

Despite Sunday’s deadly crackdown, defiant protesters were back on the streets on Monday and videos showed them setting up roadblocks, singing songs or raising a three-finger salute to protest against the coup.

The police fired tear gas at the protesters to disperse them, but demonstrations continued into the afternoon.

In Myanmar’s capital, Ms Suu Kyi appeared in court for the first time since the coup via video conference, and during the hearing the charge of inciting unrest was reportedly added to those already lodged against her.

On Tuesday, the foreign ministers of a group of Southeast Asian nations are expected to hold a video conference on Myanmar to discuss the situation. 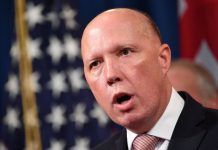 Australia's new defence minister vows to work with US, China to ensure peace 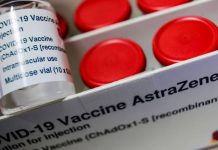 US puts J&J in charge of plant that botched COVID-19 vaccine, removes AstraZeneca 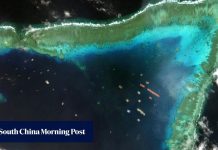 Spratly Islands, Diaoyu, Bay of Bengal: is a storm brewing in Asia-Pacific waters? 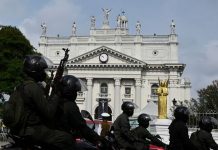 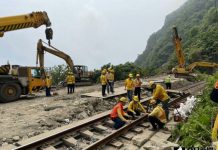 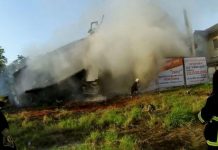 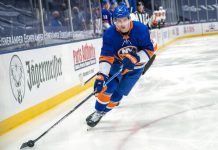 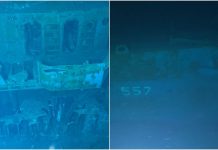 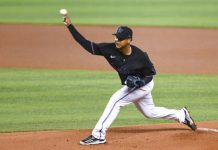 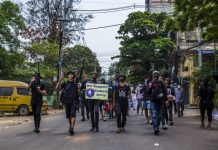 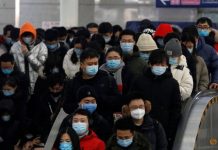