IPOH, Oct 25 — The National Film Development Corporation Malaysia (Finas) will collaborate with Wisma Putra to screen films with elements of community and nationhood abroad which is expected to happen next year.

Its chairman Zakaria Abdul Hamid said his team would send the selected films to the Malaysian Embassy first before being screened in any suitable country.

“We are actually a bit left behind because we have the space to promote the film not only at festivals but can use the Malaysian Embassy through the Cultural Unit to screen our movies in other countries.

“We have not set the number of films to be screened abroad but in principle, the former Minister of Multimedia and Communications and now Foreign Minister Datuk Saifuddin Abdullah has agreed to help promote Malaysian films abroad,” he said.

He told reporters this after presenting a donation to the widow of the late Mamat Khalid, Hasmah Hassan at her residence in Taman Ipoh Jaya Timur 1 here, today.

The film director and producer, whose real name is Mohamad Mohamad Khalid died at about 12.30am on Saturday at the age of 58 due to a heart attack and was laid to rest at the Masjid Paloh Islamic Cemetery here at 2.25pm yesterday.

Zakaria added Finas would hold discussions with family members of the late Mamat Khalid to start filming of an epic movie titled Pasir Salak Pasir Berdarah for which the script of the film had been completed since 2017.

“Finas gave funding to the late Mamat Khalid to complete a script for a national film. Everything is ready but it has yet to be filmed.

“God willing next year if the son of the deceased, Mohd Khaled Amen would want to continue the filming work, we can consider funding the film and it may be considered as a ‘gift’,” he said, adding that the budget of the filming the epic flick requires about RM4 million.

Zakaria described the passing of the late Mamat Khalid as a great loss to the country’s creative arts industry because he was irreplaceable.

“His works were quite unique because he brought back nostalgia through his direction,” he said.

Hasmah also expressed her gratitude to Finas for the donation and for the appreciation of her late husband. — Bernama 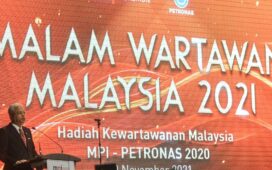 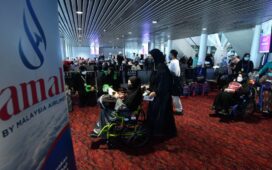