Writing in Le Monde this week Julian Barnes, the novelist and chronicler of British-French relations, said both sides found it “easy to slip into the role of accuser or affronted victim”, often trading on decades- or even centuries-old stereotypes of one another.

After 27 people died in the Channel, those stereotypes are in full view, and however much each side says it will rise above the blame game, or in Emmanuel Macron’s phrase “instrumentalise” the crisis, it has been almost impossible to resist sniping. The possibility that the simmering, adjacent dispute about post-Brexit fishing licences will finally explode with a blockade of Calais this weekend only adds to the sense that this is a relationship on the edge of nervous breakdown.

The politics are raw. Emmanuel Macron, fighting to ensure a place in the presidential runoff in April, simply cannot afford to let the refugee crisis run away from him. Boris Johnson also has much at stake. Nigel Farage, his mysterious donors readying their cheques, is once again stirring and threatening the Conservative party’s right flank. Johnson’s backbenchers are struggling to square how Brexit regained control of the UK’s border when 25,700 people reached the UK in a slow but steady stream of inflatable boats.

The British prime minister is positively neuralgic about the Channel, according to French sources, repeatedly returning to the subject of migrants and refugees in his private conversations with Macron. Johnson is 80% driven by short-term domestic politics, French diplomats say.

The home secretary, Priti Patel, is in deep trouble, accused of chasing headlines rather than a real-world solution. She promised in 2020 to solve the crisis by the end of that year but has self-evidently failed.

Politically, the easiest route for both sides is to point an accusatory finger across the Channel or adopt the role of victim.

Many officials – military and diplomatic – are in reality eager to keep the relationship functioning and are trying desperately behind the scenes to do so. They are, for instance, still looking for openings to cooperate on defence, including areas such as Mali, knowing defence has been the solid glue in the Franco-British relationship. But alongside the rhetoric of David Frost, the Brexit minister, or Clément Beaune, Macron’s election attack dog, the glue is not sticking.

The French, faced with accusations that they have been dilatory about the Channel crossings, point out it takes only a moment to look at the death toll in the Mediterranean over the past six years to know that if solutions the size of a tabloid headline could quell the urge to cross the Channel, then it would have been found.

More than 20,000 people are estimated to have died in the Mediterranean, and more than 1,300 this year alone.

But Britain is hitting back, saying France is not supposed to be a failed state like Libya, and should do more to close down the people smugglers. London has in the past threatened to cut financial support for France’s border policing if Paris fails to stem the flow of people. The French, in turn, complain that the UK, bereft of identity cards, oversees a labour market into which people can readily blend invisibly.

Faced by this labour market, French opposition politicians, but not yet the government itself, are questioning the Le Touquet agreement, the bilateral treaty that allows British Border Force officers to carry out passport checks in France, and vice versa. The French National Consultative Commission on Human Rights recently said its terms “make France the police arm of British migration policy”.

Before Brexit, it is claimed, this was justifiable, since the UK was subject to the EU Dublin convention, which obliges asylum seekers to apply to the first country in Europe where they have stayed. With Brexit, that obligation dies.

But to unilaterally tear up the Le Touquet agreement – in effect waving migrants and refugees through to the UK – would be to drop a bomb into the relationship.

Macron is also aware he needs the rest of Europe on his side. Jean-Yves Le Drian, the French foreign secretary, recently complained that the remarkable aspect of the map of global Britain was that it erased Europe. But there are limits to the European preparedness to fall behind the French tendency to equate the European national interest with the national interest of France.

Germany, for instance, is busy preparing a bilateral agreement with the UK. Liz Truss, the foreign secretary, will soon visit Spain, an astute choice for her first visit to an EU state.

As each side manoeuvres, neither dare go beyond the brink. 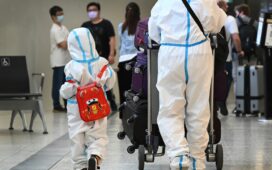 Angela Merkel to bow out with ceremony live on German TV 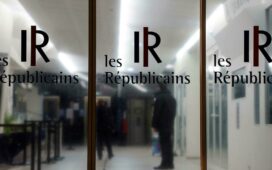 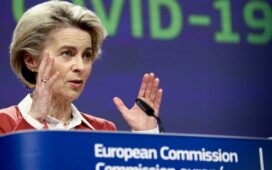