A skyscraper in the central Chinese city of Changsha was seriously damaged after a fire engulfed the 42-storey building.

The fire in the Lotus Garden China Telecom building was reported at 3.48pm.

Thirty-six fire engines and 280 firefighters from 17 stations were sent to the blaze, according to the Hunan Fire Department.

By 5pm the fire had been extinguished but firefighters continued rescue efforts. No casualties had been reported by that time. 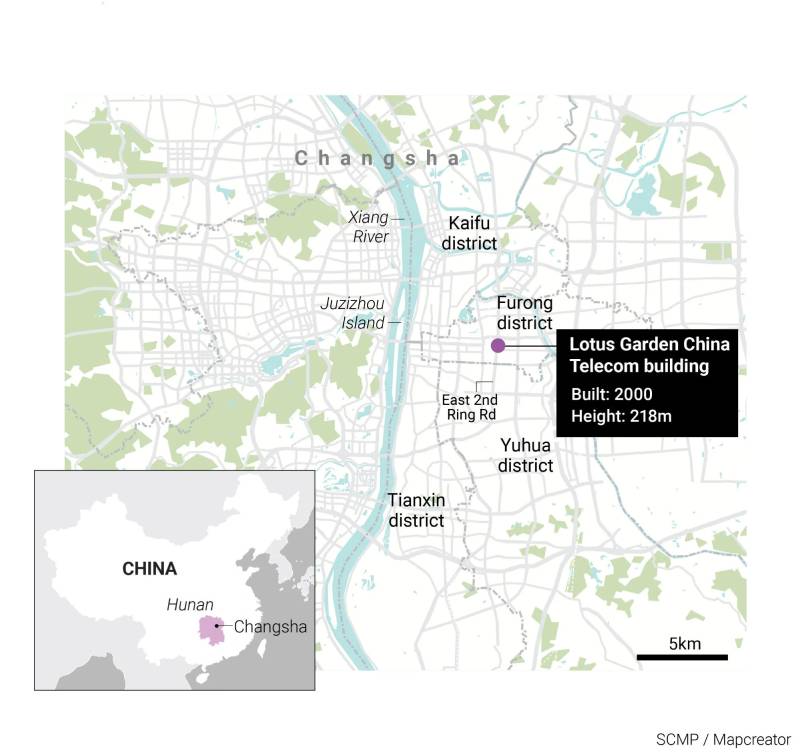 Videos on social media showed that heavy smoke was visible from hundreds of metres away.

The building, completed in 2000, was once the tallest in Changsha at 218 metres. It comprises 42 stories above the ground and two floors underground.