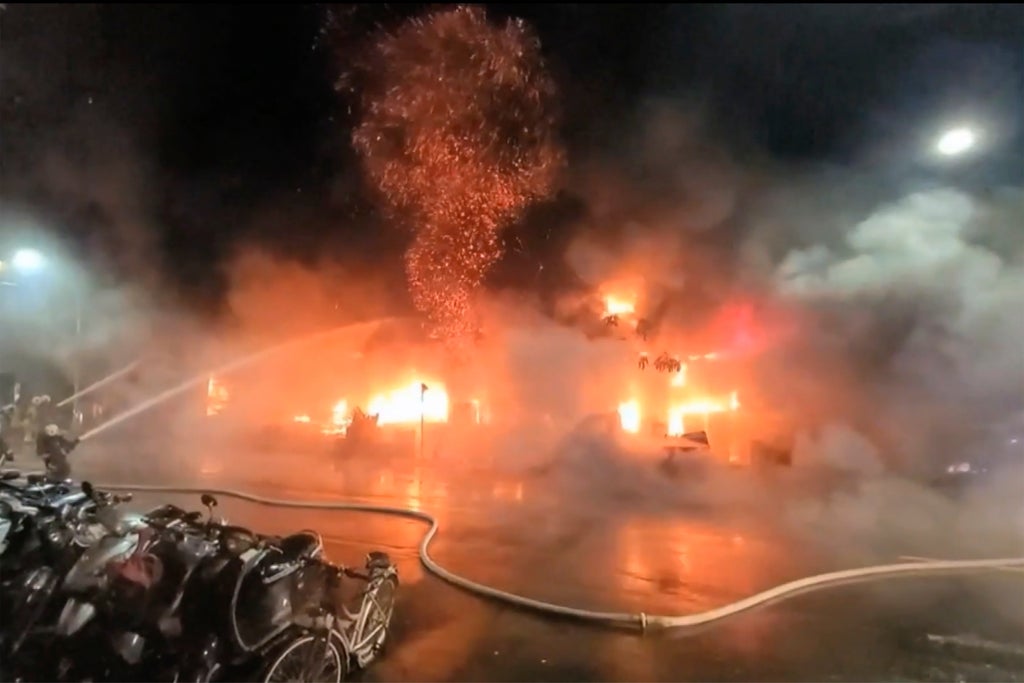 The building caught on fire around 3 a.m., fire department officials in the city of Kaohsiung said. Firefighters were conducting search and rescue efforts into the afternoon.

While the fire has been put out, the lower levels of the building were completely blackened.

A spokesman for Kaohsiung’s fire department said 14 people showed no signs of life, though in Taiwan official confirmation of a death can only be made in the hospital. 51 people had been taken to the hospital for treatment of their injuries.

The blaze was “extremely fierce,” and destroyed many floors of the building, according to a statement from the fire department.

Firefighters are unsure of the source of the fire, but noted flames burned most intensely where a lot of clutter had been piled up.

Eyewitnesses told local media that they had heard the sound of an explosion around 3 a.m.

The building is about 40 years old, according to an official statement, with shops in the lower levels and apartments above.

See also  Coronavirus: Hong Kong’s school year will not be extended despite disruptions to face-to-face classes, government says
Share on FacebookShare on TwitterShare on LinkedInShare on Reddit
asianewsdayOctober 14, 2021