TOPSHOT – Vehicles run on the Paris’ ring road, the “Peripherique”, on December 9, 2019 in Porte de Vincennes in Paris, during a strike of Paris public transports over French government’s plan to overhaul the country’s retirement system, as part of a national strike.

An 80-year-old Chinese tourist has died of the new coronavirus in a hospital in France, French Health Minister Agnes Buzyn said Saturday, confirming the first fatality from the fast-spreading respiratory virus in Europe.

France has 11 confirmed cases of the illness, with more than 63,800 cases around the world, the vast majority of which are in China. More than 1,500 people have died and cases have been identified in at least 27 countries.

Until Saturday, only three countries outside of mainland China had confirmed coronavirus deaths: Hong Kong, Japan and the Philippines. 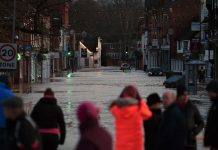 At least one dead as Storm Dennis hammers Britain 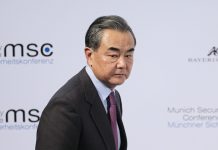 US officials' warnings about China are 'lies, not based on facts,' foreign minister says

Brexit: Britain and EU 'will rip each other apart' in trade talks

Greece’s refugee plan is inhumane and doomed to fail. The EU must step in | Apostolis Fotiadis

‘People have moved on’. But can Sinn Féin really shrug off the past?