The casket of Mr Wilson Teo Qi Xiang, 26, was taken to the scene of the Tanjong Pagar crash yesterday afternoon.

A hearse with his portrait on the front was seen parked next to 37 Tanjong Pagar Road, the shophouse which the white BMW M4 coupe he was in had crashed into last Saturday morning.

At the site of the crash yesterday, a monk was seen conducting the last rites for Mr Teo.

The casket was later taken to Mandai Crematorium. Mr Teo was cremated following the service, at about 6.30pm. He is the first among the five to be cremated.

Mr Tan and Mr Yap are to be cremated in the late afternoon today.

In the early hours of last Saturday, the group had been at Ggang Tong, a Korean eatery at Tanjong Pagar run by the mother of one of their friends.

The group was known to frequent the eatery.

Chinese language newspaper Lianhe Zaobao reported that Mr Teo, Mr Tan and Mr Wong were leaving Tanjong Pagar and were trying to get a taxi or private-hire car.

An unidentified friend claimed the trio waited for about half an hour but were unable to get transport home.

Mr Long is then said to have proposed to drive them in his BMW to a spot where they were more likely to find a taxi.

Mr Yap, who was with the group, said he too wanted a lift so that he could find a bus to head home.

Zaobao said the group got into the car, never to leave it again alive.

Footage of the crash showed the car skidding along Tanjong Pagar Road and slamming into the shophouse, then bursting into flames 15 seconds after impact.

It also showed Ms Raybe Oh Siew Huey, 26, sprinting towards the inferno, trying to save her boyfriend, Mr Long, and their friends.

She suffered burns on 80 per cent of her body as a result.

Ms Oh, a former air stewardess, is still in a critical condition, having been in the intensive care unit since last Saturday.

Mr Ethan Keng, 28, a friend of the group, revealed that up to 7pm the previous day, just hours before the accident, some of them were out packing and distributing food for the elderly.

He said Mr Long, Ms Oh and Mr Tan were volunteering with charity organisation Hopes In Meals on the first day of Chinese New Year last Friday, helping to give out meals to low-income seniors living in rental flats at York Hill Estate in Tiong Bahru.

On Tuesday night, Hopes In Meals paid tribute to the trio on Facebook.

“Our deepest condolences to Mr Jonathan Long and Mr Elvin Tan’s family, our heart and prayers goes out to you in this time of grief,” said its post. “We hope that (the families) are heartened to know that their kind deeds will be continued and appreciated.”

It added that it was keeping Ms Oh in prayers and hoped that she would recover soon. 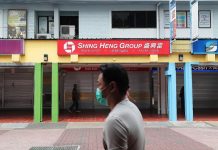 S'pore economy on track for recovery, thanks to steps taken: Panellists

Jail, fine for woman who arranged sex work for models 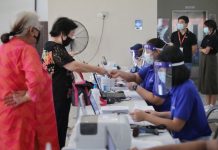 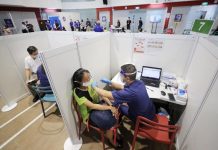 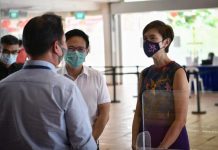