Anger and dismay was building in Beirut today as officials admitted that a massive port explosion that killed at least 135 people, injured thousands and left many more homeless was foreseeable and had been the subject of repeated warnings.

With Lebanon’s capital still smouldering, an emerging paper trail linked the blast to a mammoth stash of ammonium nitrate that was once described as a “floating bomb” and housed at the port since 2014. As recently as six months ago, officials inspecting the stash warned that if it was not moved it would “blow up all of Beirut”.

The revelation that government negligence may have played a role in the worst explosion in Beirut’s history fuelled new anger towards Lebanon’s political class among a population already seething at an ongoing financial crisis that has sunk half the country into poverty. Demonstrators in downtown Beirut attacked the convoy of former Lebanese prime minister Saad Hariri and brawled with his bodyguards in the most overt display of wider anger that is building against Lebanese politicians in the wake of the disaster.

The government said on Wednesday evening it was putting an unspecified number of Beirut port officials under house arrest pending an investigation into how the highly explosive materials came to be stored less than one hundred metres from a residential neighbourhoods. The national cabinet also declared a two-week state of emergency, effectively giving the military full powers in the capital.

The death toll climbed to more than 135 people according to the Lebanese Red Cross with another 4,000 wounded. Up to 300,000 people had suffered damage to their homes, leaving some uninhabitable, Beirut’s governor Marwan Abboud said. At least dozens of people are still missing, feared buried under rubble.

Residents across the city were sweeping shattered glass and other debris from their homes on Wednesday morning as blame for the tragedy started to be apportioned on social media and Lebanese TV channels.

The Lebanese prime minister on Tuesday night had blamed the explosion on 2,750-tonne store of ammonium nitrate, a chemical used in bombs and fertilisers, that had been stored at the port. Media reports from 2014 claimed a Russian-owned vessel carrying that load was impounded at Beirut’s port that year, after making an emergency stop in the city and being denied permission to leave by customs authorities because it was deemed unseaworthy.

The former captain of the vessel, the Rhosus, alleged in an interview with Russian journalists six years ago that the owner of the ship, reported as Igor Grechushkin, had abandoned it along with the crew, who were being “held hostage” by customs authorities. “The owner has abandoned the ship. The cargo is ammonium nitrate. It is an explosive substance. And we’ve been abandoned. We’ve been living for 10 months on a powder keg.”

The Guardian has not been able to verify the claims Grechushkin was the ship’s owner and has attempted to contact him for comment.

In another letter published by a journalist in touch with the crew, the ship was described as “a floating bomb and the crew is a hostage aboard this bomb.”

The mostly Ukrainian crew were held onboard the ship for nearly a year before they were released, their lawyers said in a 2015 note, and the ammonium nitrate was confiscated and held at the port in a warehouse.

Badri Daher, the director-general of Lebanese Customs, told broadcaster LBCI on Wednesday morning that in the years that folllowed, his agency had sent six documents to the judiciary warning that the material posed a danger. “We requested that it be re-exported but that did not happen,” he said. “We leave it to the experts and those concerned to determine why.”

The news agency Reuters quoted an anonymous source close to a port employee saying a team had inspected the ammonium nitrate six months ago and warned that if it was not moved it would “blow up all of Beirut”. Another source said several committees and judges had been warned about the chemicals was “nothing was done” to dispose of it.

Still unclear was what set off the ammonium nitrate, which requires extreme heat to ignite. Abboud said on Tuesday that the Beirut municipality had dispatched firefighters to the site in response to reports of a blaze, and that they were missing after the explosion – suggesting the fire had burned long enough for the crew to arrive at the scene.

Several pieces of footage from the moments preceding the blast also showed thick grey smoke billowing from port, along with a series of small explosions that gave off red fumes, and then a massive blast involving more than 1,300-times the amount of ammonium nitrate used in the 1995 Oklahoma City bombing.

Reuters quoted an anonymous source on Wednesday claiming the fire had started at a warehouse identified as number 9, before spreading to warehouse 12 where the ammonium nitrate was stored. The source of the initial fire is not publicly known.

Aerial and drone photographs showed a deep crater of blasted land where warehouse 12 stood, next to a row of destroyed grain silos and the surrounding area almost entirely razed.

The Lebanese economy minister, Raoul Nehme, said damage to the silos had left the country with less than a month’s grain reserves, but claimed there was no risk of food shortage. “There is no bread or flour crisis,” he said. “We have enough inventory and boats on their way to cover the needs of Lebanon on the long term.”

Abboud said damage from the blast extended over half of Beirut, with the cost of damage likely above $3bn.

Much of East Beirut is no longer inhabitable, something which the few residents and shopkeepers picking through their wrecked businesses tacitly acknowledge. “I don’t know how we’re going to get through this,” said Issam Nassir, the manager of a tyre shop that stood incongruously amid what used to be a travel agent, a pizza parlour, and an upmarket bar – all destroyed. “Do you really think Hiroshima could have been worse than this?”

The sound of mountains of glass being swept from balconies and cascading onto roads was a soundtrack to the day. Tired emergency workers trudged through the streets, some holding sledgehammers, others carrying water. A carpark in the Gemmayze district had been turned into a triage centre. Orange plastic stretchers, slick with blood were lined up from one side to the other.

After becoming a byword for destruction and chaos in the 1980s, Beirut rebounded from its 15-year civil war to regain a reputation as a hard-partying playground for the wealthy and theatre for the Middle East’s political intrigues.

Bullet holes still marked many buildings, electricity remained intermittent and the divisions of the civil war went unreconciled, but Lebanon defied its doomsayers for three decades, attracting investment from across the region and millions of dollars in remittances from its diaspora that papered over the cracks in its institutions and infrastructure.

That run appears to have ended in 2020, with its national accounts revealed to be stuffed with loans it cannot repay, and the bureaucratic inertia and negligence that dogs the lives of many Lebanese accused of contributing to one of the worst disasters in the country’s modern history.

“What happened yesterday is the result of the incompetence of the so-called responsible people,” wrote Stéphane Bazan, a Lebanese consultant, in a widely shared Facebook post on Wednesday. “How many disasters are still waiting for? We run out of electricity, water is poisoned, food is suspicious, weapons are everywhere. They stole our money, our children’s future.” 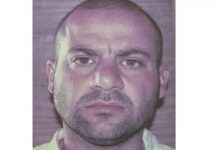 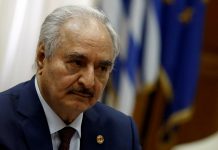 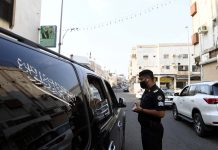 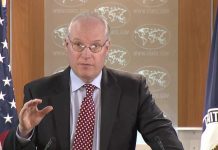 US official predicts Qatar will eventually normalize ties with Israel 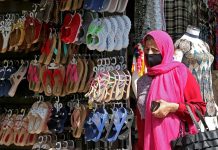 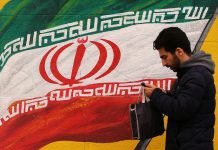