Flu variant that hits kids and seniors harder than other strains is dominant in U.S. right now

A sign advertising flu shots is displayed at a Walgreens pharmacy on January 22, 2018 in San Francisco, California. A strong strain of H3N2 influenza has claimed the lives of 74 Californians under the age of 65 since the flu season began in October of last year.

A variant of the flu that hits kids and seniors worse than other strains of the virus is dominant in the U.S. right now, setting the country up for a potentially bad flu season.

Public health labs have detected influenza A(H3N2) in 76% of the more than 3,500 respiratory samples that have tested positive for the flu and were analyzed for the virus subtype, according to a surveillance report published Friday by the Centers for Disease Control and Prevention.

The H3N2 variant has been associated with more severe flu seasons for children and the elderly in the past, according to Dr. Jose Romero, director the CDC’s National Center for Immunization and Respiratory Disease.

“There are also early signs of influenza causing severe illness in precisely these two groups of individuals this season,” Romero told reporters on a call earlier this month. 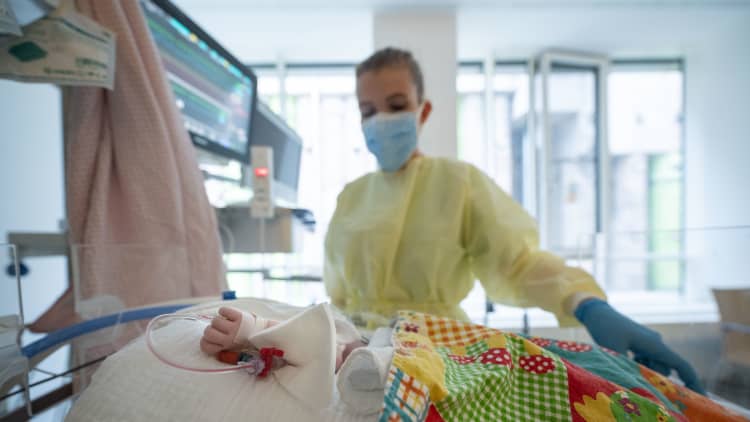 The flu hospitalization rate has surged to a decade high this season. Overall, about 8 people per 100,000 are being hospitalized with the flu right now but seniors and the youngest children are much harder hit than other age groups, according to CDC data.

At least 4.4 million people have fallen ill with the flu, 38,000 have been hospitalized, and 2,100 have died since the season started. Seven kids have died from the flu so far this season.

The other influenza A variant, H1N1, is generally associated with less severe seasons compared with H3N2, Shane said. H1N1 makes up about 22% of sample that have tested positive for flu and were analyzed for a subtype, according to CDC.

The percentage of patients reporting symptoms similar to the flu, a fever of 100 degrees or greater plus a sore throat or cough, is the highest in Virginia, Tennessee, South Carolina, Alabama and Washington D.C right now, according to CDC.

The CDC recommends that everyone 6 months or older get a flu shot. Children younger than age 8 who are receiving the vaccine for the first time should get two doses for the best protection.

The flu vaccine is normally 40% to 60% effective at preventing illness, but people who do still get sick are less likely to end up in the hospital or die, according to the CDC.

Public health officials are also encouraging people to stay home when they are sick, cover coughs and sneezes and wash hands frequently. Those who want to take extra precautions can consider wearing a facemask indoors in public.