PARIS, Mar 1 — Portugal centre-back Jose Fonte’s late header rescued Ligue 1 leaders Lille a 1-1 draw against Strasbourg on Sunday, while Monaco moved closer to the top of the table by cruising past Brest.

Lille are now two points ahead of second-placed Paris Saint-Germain, although Lyon could move within a point of the pace-setters when they visit Marseille later on Sunday.

Monaco sit in fourth place, only four points off the summit.

Christophe Galtier’s Lille, bidding for a first major trophy since winning the league and French Cup double in 2011, are unbeaten in nine league games since a defeat by Angers in early January, but lost both legs of their Europa League last-32 tie.

“We’re disappointed,” Fonte told Canal+. “We did everything in the second half, but we have to create more chances.

“But we didn’t lose… There was perhaps a bit of fatigue from the game (on Thursday) against Ajax, but there are no excuses, we have to do better.

“It’s a disappointment, but we continue the fight. It’s not over.”

Home team Lille started on the front foot and had a penalty appeal waved away in the 17th minute after Jonathan David went down in the area, despite a VAR review.

But they fell behind nine minutes before half-time as Strasbourg striker Ludovic Ajorque volleyed home.

Sven Botman saw a header kept out by Strasbourg’s Eiji Kawashima and David also fired over before the break.

Two good second-half chances both fell to Jonathan Ikone, but the young Lille forward, who snapped a 10-game goal drought in the win over Lorient last weekend, saw his low effort saved by Kawashima and a header fly over.

But Lille were not to be denied the point which ensured they would end the weekend top, as Fonte rose highest to head home Benjamin Andre’s cross with four minutes remaining.

Earlier on Sunday, Monaco extended their unbeaten run to 12 games with a 2-0 win over Brest.

Goals deep into the second half from Stevan Jovetic and Kevin Volland sealed the Principality club’s ninth win from their last 10 outings.

At Monaco’s Stade Louis II, Brest goalkeeper Gautier Larsonneur had kept the visitors in the hunt, especially when denying Wissam Ben Yedder from the penalty spot after half an hour.

But he was finally beaten by Jovetic in the 75th minute, with German forward Volland cementing the three points in the final minute.

“The top three? Yes, it’s taboo,” he said. “When we have enough points to ensure the fourth place, we’ll talk about it (top three).”

Elsewhere, Lorient beat Saint-Etienne 2-1 to climb out of the bottom three, pushing Nantes into 19th place after their 1-1 draw with fellow strugglers Nimes.

PSG bounced back from their 2-0 loss to Monaco at the Parc des Princes with a Kylian Mbappe-inspired 4-0 victory over last-placed Dijon on Saturday. — AFP

READ  Hurts vs Ehlinger also has some Heisman positioning in play 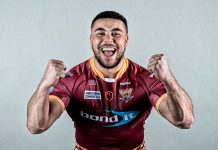 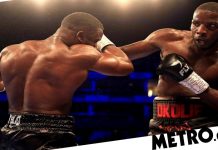 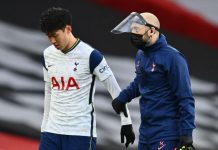 Football: Tottenham's Mourinho warns Son may not be released for South Korea duty 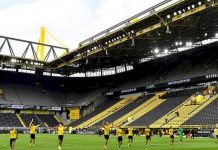 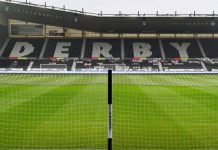 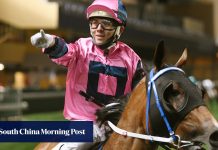 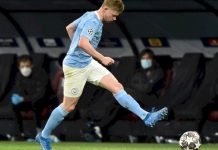 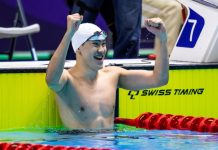 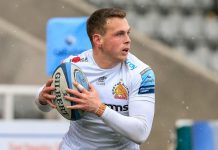