A debt-ridden Aetos auxiliary police officer who robbed a licensed moneylending company in Jurong while armed with a loaded gun was sentenced to 16.5 years’ jail and ordered to be given 18 strokes of the cane on Tuesday (Sept 13).

Mahadi Muhamad Mukhtar, 39, admitted in court that he decided to copy the approach used by David James Roach, the Canadian who robbed Standard Chartered Bank in 2016 and wrote his demands in a note.

On April 12 last year, Mahadi, who was not in uniform but had his service revolver loaded with five rounds in his trouser pocket, handed the note to a loan officer at OT Credit at Block 135 Jurong Gateway Road.

After reading the note, which said, “This is a Robbery! Don’t Shout! I got a gun in my pocket. Put all the money in the bag”, the woman complied out of fear and deposited more than $24,800 into Mahadi’s sling bag.

On Tuesday, the former Aetos employee pleaded guilty to two charges under the Armed Offences Act – one for unlawfully carrying a firearm and one for unlawful possession of ammunition – and one charge of robbery.

Two other charges for dealing with the proceeds of his crime were taken into consideration. 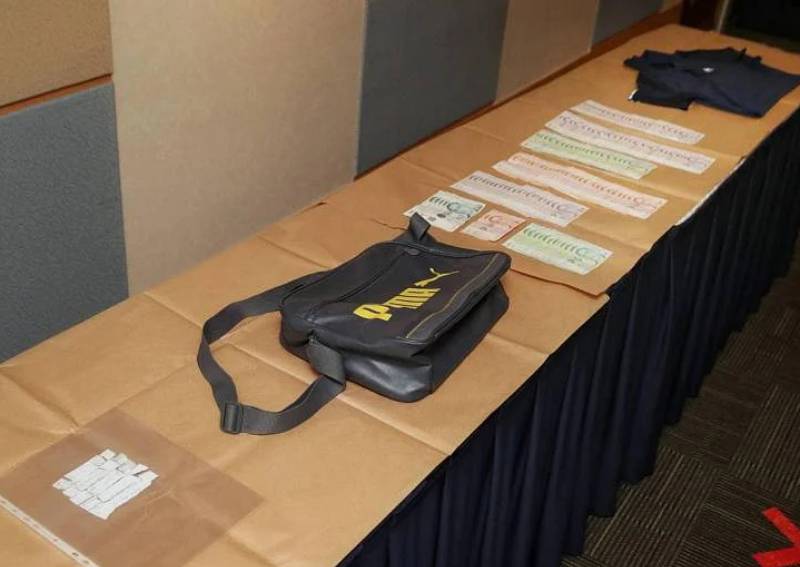 He decided to commit robbery to solve his financial woes and his phone’s browsing history showed that he had researched the subject of robbery, said prosecutors.

The court heard that he first thought of robbing a jewellery store but dropped the idea as the loot would be difficult to sell.

He then decided to rob a licensed moneylender, and selected OT Credit as it was staffed by women and had been previously robbed.

On April 12, before reporting for work, Mahadi scouted the shop out to ensure that it was open for business. 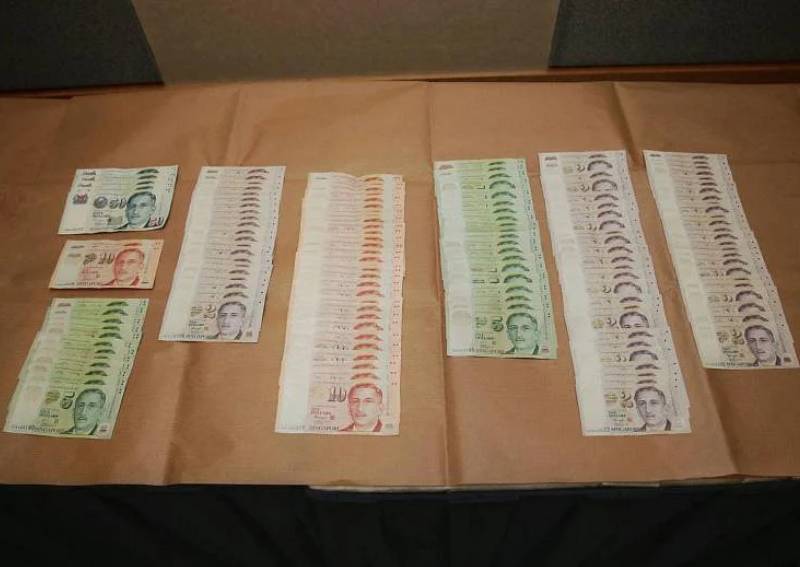 After reporting for work and drawing his equipment, including his M85 Taurus revolver and ammunition, he left the Aetos Complex in Corporation Road.

At about 3.30pm, he entered the shop with the gun in his pocket, approached the counter to ask for directions and left.

He returned to the shop at 3.50pm and this time, handed the message to the employee.

After making off with more than $24,800, he deposited $10,000 in the bank account of his friend, Ms Nur Shana Mohd Taib, who did not know the money came from criminal proceeds.

Mahadi then returned to Aetos Complex, changed into his uniform, and deposited $14,000 into his own bank account at an ATM.

While he was carrying out his duties, he transferred more than $11,000 to four loansharks via online banking, tore up the note and and threw it into a dustbin outside ST Engineering, where he was deployed. 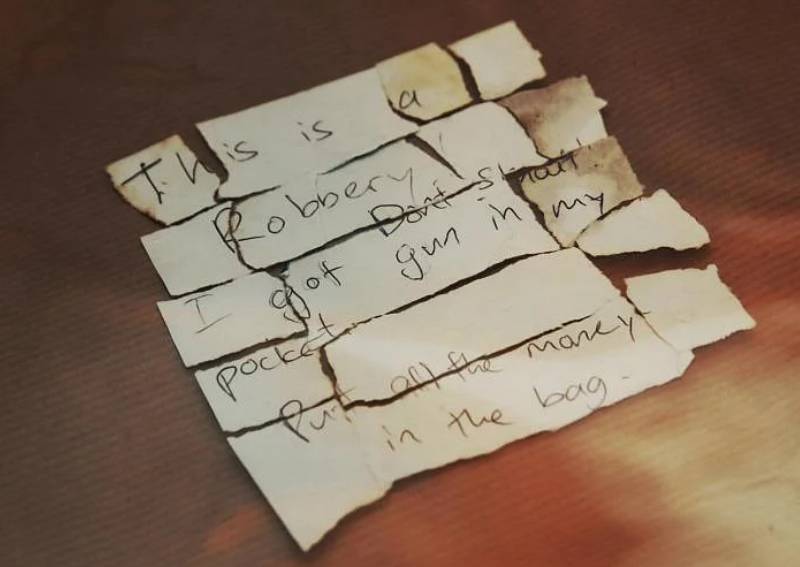 He returned to the Aetos Complex and was arrested at 8.45pm, less than five hours after the robbery.

Police said then that it was the first time in 15 years that a gun had been used in an armed robbery.

The last armed robbery involving a firearm happened in 2006 at a 4-D outlet at Sun Plaza Shopping Centre.

All but $5,200 of the sum taken from OT Credit was recovered by investigators. The note was also recovered.

He said a stiff deterrent sentence was necessary to send the message that Mahadi’s behaviour was unacceptable and should not be copied.

The prosecutor said the fact that Mahadi had copied Roach’s robbery tactic showed that a stronger message needed to be sent.

Defence counsel Mark Yeo, who asked for 10 years’ jail and 18 strokes of the cane, said Mahadi had intended to turn himself in after his shift.

Mr Yeo noted that the staff at OT Credit did not know he had a revolver with him or that he was an Aetos officer.

A person convicted of unlawful possession of firearms or ammunition faces between five and 10 years in jail and at least six strokes of the cane.

Anyone who unlawfully carries any firearm faces between five and 14 years in jail and at least six strokes of the cane.

A person convicted of robbery faces between two and 10 years’ jail and at least six strokes of the cane.

Roach was sentenced to five years’ jail and given six strokes of the cane for robbing a bank.

He later had his caning sentence remitted, to fulfil the assurance that the Singapore Government had given to Britain in order to secure his extradition.