Singapore—Looking for love is never easy. While the advent of dating sites has ensured that the search for a partner is only as far as our fingertips, even with this kind of help, love online is not a surefire recipe for success.

At least, this is what one woman, who paid almost $3,000 for potential dates, allegedly discovered. Lianhe Wanbao reported on Saturday, September 12, that the 49-year-old lady was unhappy with her 59-year-old blind date, since he did not live up to the hype she’d been told about him. Moreover, when she expressed her dissatisfaction, Lunch Actually the dating site whose services she hired, reportedly refused to give her a refund.

And now, Violet Lim, who founded Lunch Actually with her husband, Jamie, has taken to Facebook to set the record straight.

The client, referred to as Ms M, is a newly-divorced civil servant whose friends had recommended her to try out Lunch Actually, “the pioneer dating company in Asia.”

She paid $2,939 for a package of 3 “premium” blind dates which she said included a ‘face selection’ feature which allowed her to choose the type of physical features she was attracted to by showing photos of men she liked, which Ms M did, sending photos of celebrities and friends.

Expecting someone who met the standard she had asked for, she was met instead for one date by someone she described as a “59-year-old uncle”.

READ  Coronavirus: One of 2 hosts fined $4,000 over unlawful gathering in Compassvale Crescent flat

While she had been told of her blind date’s age, she had also been assured that the man was in good shape since he exercised regularly and that he lived in city centre. To make a long story short, the date, allegedly, did not live up to these descriptions, and also has four children that he is still supporting.

Because of this disappointment, she asked for a refund, but did not get one, according to Lianhe Wanbao.

Violet Lim airs her side

On Sunday, September 13, Ms Lim wrote a lengthy Facebook post refuting Ms M’s claims, writing she believed she needed to “step out, clarify and share” her “side of the story instead of keeping quiet.”

Ms Lim explained that while the package Ms M chose includes a degree of personalized attention, this package “does not allow a client to choose the looks of the matches as Ms M has claimed and this is clearly explained to her during the consultation.”

The site’s owner further pointed out that the client “did not reject the match proposed” regarding her date with the 59-year-old man, and that he was within the age range that she preferred.

Ms M even had positive things to say about him. “She mentioned that Mr X whose job title is COO, seemed to be a good match,” Ms Lim wrote.

Ms Lim also refuted Ms M’s statement that she had been told the date was “really good looking and she would not regret meeting him.”

“What our consultant told Ms M is that during our profiling session with Mr X, we have found him to look younger than his age and he dresses quite well.”

READ  #Stayhome reads: How far will you go for love?

She pointed out that the client could have said no to the potential date, which meant she would have been matched with someone else.

Here are the other points Ms Lim refuted:

“We have never mentioned to Ms M that Mr X lives in the city/central location. We have also never claimed that all of Mr X’s kids are no longer studying. What we have mentioned is that his kids are age 20 and above.”

Ms Lim added that the client has been asked to review the company’s Terms of Service agreement (TOS), and that her team “has immediately offered to add another date to (Ms M’s) membership package.”

“Our clients’ satisfaction is important to us and we have been communicating with Ms M since her initial feedback to us. We will continue to reach out to her and seek to resolve this matter as best possible despite her making many false allegations about our company and our communication with her,” she wrote.

Ms Lim’s main regret in this situation is that it has reached the media, and that Ms M “made many uncalled for and hurtful comments about her match,” even disclosing his real name and sharing his picture  (with eyes blacked out), which is a breach of the privacy clause in the agreement between the client and Lunch Actually.

Thankfully, these details have been removed, and that the man in question “has been the perfect gentlemen during our phone call and subsequent communication. In fact, he told me that he has chosen to forgive (Ms M).”

READ  How individuals, firms can seek relief from contracts

Ms Lim said that the company will “fight on towards our big hairy audacious goal of 1 million happy marriages.” —/TISG 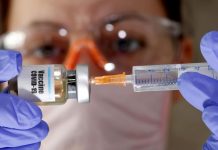 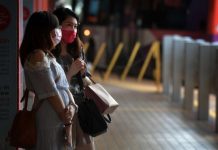 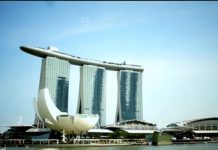 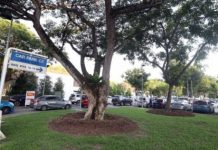 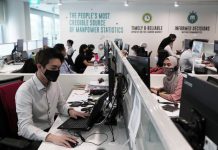 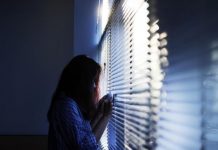 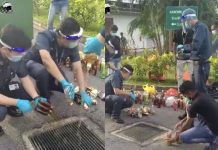 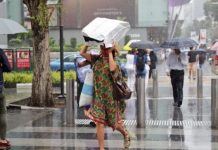 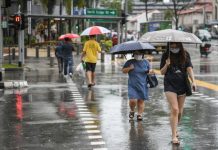 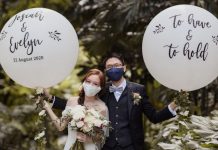 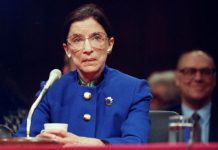