Not long after 10.30pm on deadline day, a car pulled up outside the headquarters of La Liga and two men got out. They hurried into the building, signed some papers, and left. At 11.28pm the league officially informed Atlético Madrid that Arsenal had paid the €50m buyout clause for Thomas Partey and Atlético, in turn, announced his departure at 11.55, five minutes before the window closed. The Ghanaian was a Gunner. It had all happened fast.

Only, it hadn’t. This was only the final stage in a six-year process. Francis Cagigao, then Arsenal’s head of recruitment, had first watched a 21-year-old Partey on loan at Almería. On Saturday Partey is in line to make his Arsenal debut; Cagigao will have to watch on TV from Galicia, northern Spain, having departed the club in September after 24 years’ service, a free agent awaiting a new project.

Although his case was separate, Cagigao’s departure came as Arsenal announced 55 staff would be made redundant. Yet there is gratitude rather than an axe to grind. After all, he insists: “The day I walked into a meeting with Arsène [Wenger], Pat [Rice] and Steve Rowley, I didn’t expect to spend so long at an outstanding institution like this. You can’t afford to be bitter in life. I feel privileged to have been there and prefer to look forward than back.”

There is a lot to look back on. Born in Paddington, the son of Galician immigrants who arrived in 1964, Cagigao went to his first game aged four, watching Chelsea and Arsenal. His dad was football mad, a Brian Clough fan who helped found the Sunday team Deportivo Galicia, for whom Francis would later play. A regular at Stamford Bridge who rattles off lineups, Cagigao also played in the Isthmian league with Wembley before joining Arsenal, where he won an FA Youth Cup and describes being “engulfed by the values, tradition and class”, likening those marble halls to Rome.

Cagigao joined Barcelona and represented Spain Under-19s but his impact was not so much as a player – he got nine minutes at the Camp Nou with the B team and describes a career at Racing Santander, Southend and Racing Ferrol as “mediocre” – but identifying them. Having done his Uefa licence in Loughborough and work experience with Don Howe, he was playing in Spain’s third division for Club Lemos, whom he would go on to coach, when he was called to the meeting that changed everything.

“[Arsène] Wenger wanted a new, global structure. I wasn’t destined for recruitment; my ambition was to coach. But when a club like Arsenal and a man like Wenger offer that, it’s hard to say no.”

Cagigao was 26; he is 50 now. At first, he carried out two roles, responsible for scouting in Spain and Portugal while at Lemos, but soon it was full-time: Europe, then the world, maybe 180 games a year. In a London accent that he says is more pronounced when he’s down the pub, he talks about tiny places in Asia, Africa and the Americas and tells the “scary” story of being stuck in Ukraine, sitting on his suitcase singing outside a military airport, “an absolute odyssey”. It could be a lonely existence, “life out of a suitcase”, and it didn’t always work out. But in the end he says, almost lovingly: “There’s always a football pitch.”

There’s a grin when he is asked whether he really got close to signing Lionel Messi, a 15-year-old playing only Catalan competition. “Yes,” he says. “Messi, [Gerard] Piqué, [Juan] Mata were very, very close and there were others. With Messi, work permit issues ensured we couldn’t get as close as we would have liked.” There’s a pause, an almost conspiratorial smile, and Cagigao says: “And that’s all I can say on that.

The list starts with the midfielder Lauren when Cagigao was still juggling two jobs – “I very strongly recommended him as a right-back, and we did have our disagreements,” he says – and takes in more than 20 others, including Robin van Persie, Nacho Monreal, Kieran Tierney, Carlos Vela, José Antonio Reyes, Gabriel Magalhães, Emi Martínez and Santi Cazorla, “the epitome of a natural footballer”. When Gabriel Martinelli scored a superb goal against Chelsea, Cesc Fàbregas tweeted “Francis Cagigao strikes again”, adding “And Francis Cagigao strikes again and again. Legend” when Bellerín made it two.

Fàbregas, signed by Cagigao at 15, is a friend now. Cagigao counts Cesc’s qualities on his fingers: “A combination of very good technique, vision, awareness, intelligence. I was watching a boy with a GPS in his brain, maturity beyond his years. His decision-making was near perfect already. A pioneer who won everything, simply a great player, a great person. If you’re talking exceptional Arsenal playmakers from Liam Brady, you would say Cesc and Santi.

“Cesc showed how strong our scouting department had become, how well we could identify and then recruit,” Cagigao continues. “If [a player] is willing to sit around a table the first part’s done and whatever player we brought to the club, a 16-year-old fresh from Paris, Barcelona or Rome or an established professional, we sat him in front of Wenger – and Arsène insisted. You couldn’t get a better selling point. However good your recruitment is, you need a brave manager who while fighting for titles throws young players in, gives them confidence. If it wasn’t for Arsène a lot of careers might have gone a different way.”

There is warmth in every mention of Wenger – “somebody who didn’t have time but made time for people”. Cagigao says: “One of the reasons I was there so long, that I didn’t leave when I could, was that relationship. And Steve Rowley, who was brilliant. I always felt I was at a club that valued me. I was working with people who would listen – and Arsène is an exceptional listener. My biggest success is working with talented and loyal people at a club that kept those values for years: like Pat Rice, David Dein, Ken Friar, David Miles, Vic Akers, so many top scouts, and many others.”

Arsène Wenger with Pat Rice in August 2000. They are picked out for praise by Francis Cagigao. Photograph: Tom Jenkins/The Guardian

Wenger has gone, along with others, and Arsenal have restructured. The game has changed and, Cagigao notes, Brexit will change it further. Agents’ influence grows, communications are different, the tools and methods. All that means scouting being squeezed. “A lot’s made of that,” Cagigao responds, “people talk about ‘scouting versus data’, but it’s a ridiculous argument. Scouting and recruiting has to be tailored to a club’s culture and philosophy. You need live scouting, video scouting, data analysis. They’re all important but we must never lose the essence. There are still players out there: you have to find them, if that’s in Brazil’s fourth division. It’s not the Peaky Blinders cap, long coat and worn shoes but the technical view of a knowledgeable, experienced trained eye is vital.”

And someone who works 100% for the club? “Yes, it’s very important for clubs to control the market, not for the market to control clubs.” Does that happen too often? Are there clubs controlled by agents? “I don’t know what other clubs are doing … I’ll leave that there.”

For Arsenal, the culture was bound up in one man over almost three decades, a vacuum and uncertainty left behind. Cagigao’s departure might be seen in that context, as must Unai Emery’s. “Transitions are never easy,” he says. “Unai [Emery] is a very good coach who joined at a difficult period, but we reached a Europa League final and were one point off Champions League qualification.”

And Arteta? “He has a combination of ambition, talent, youth and a fantastic apprenticeship under Pep Guardiola, evidentially one of the world’s best coaches. He’s been an Arsenal player and has those values. Arsenal have the ideal manager.”

They also have a squad Cagigao helped build, Partey perhaps his final service. “The department will have played a strong part in what happens in the next year or so. They have more options up front than probably than any Premier League side. You’ve got a very good midfield combination; two fantastic, expansive full-backs; a centre-back who has come in. It’s well-balanced, very strong. I don’t see many better squads than Arsenal’s.

“At Almería Thomas was different to the player we’ve seen at Atlético: more advanced, more box-to-box, attacking. I think we’ll see a Thomas Partey with the shackles off. He played in a constricted midfield unit [at Atlético] where it was all about positional play; now he might add things to his game that we haven’t seen much, bar with Ghana. He’s a player we pursued for a long time and strongly recommended, a great addition, a prototype we didn’t have. I think he could be the final piece to the jigsaw which makes Arsenal challenge for the title.”

And Cagigao will be watching, even if on TV this time. 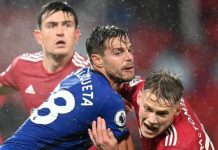 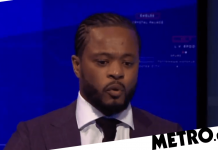 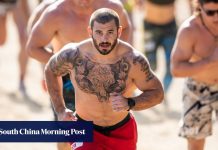 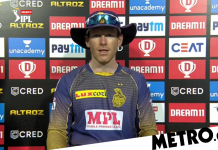 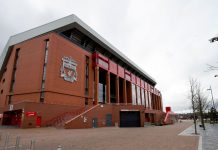 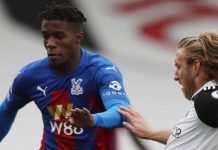 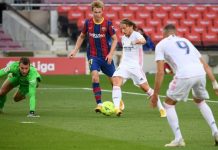 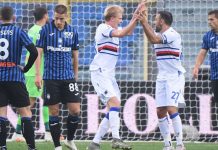 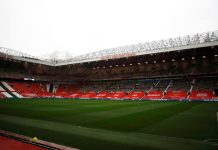 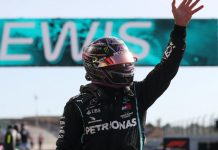