French ambassador ordered out of Belarus in diplomatic spat

PARIS: France says that its ambassador to Belarus has been ordered out of the country.
In a communique Monday, France’s Foreign Minister said that Ambassador Nicolas de Lacosate’s departure on Sunday was due to the “unilateral decision” of Belarusian authorities.
Local media say the move to kick the ambassador out is linked to a fallout over the non-recognition by France, and other European Union countries, of Lukashenko’s re-election in August 2020.
The Belarusian Foreign Ministry said that the emergency departure of the French ambassador from the country is connected with his unwillingness to present his credentials to Lukashenko.
“The head of the French diplomatic mission did not express readiness to complete the procedure for assuming office as Ambassador Extraordinary and Plenipotentiary to the Republic of Belarus, which is stipulated by international law and generally recognized practice,” said Anatoly Glaz, press secretary of the Belarusian Foreign Ministry.
France’s Foreign Ministry explained that de Lacoste did not present his credentials to Lukashenko because it was “in line with the common European position of not recognizing the legitimacy of the outcome of the August 2020 presidential election.”
Lukashenko claimed victory in a sixth presidential term but the election was marred by claims of widespread voter fraud. More than 35,000 people were arrested and thousands beaten by police for protesting against Lukashenko’s sixth term after an election in August 2020 that the opposition condemned as fraudulent and many Western countries refused to recognize as valid.
The French ambassador arrived in Minsk after the controversial presidential election. In December, he handed copies of his credentials to the Belarusian foreign minister, but did not want to meet with Lukashenko.
De Lacoste actively met with representatives of civil society and politicians in Belarus. Among the latest meetings were negotiations in Minsk with activists of the opposition “Tell the Truth” movement, which was closed by the authorities. And also a meeting on Oct. 16 with the ex-leader of Belarus Stanislav Shushkevich, who sharply criticizes the current government.
Belarusian opposition figure Pavel Latushko — a former Belarusian ambassador to France — called on the French ambassador to continue his mission from Lithuania.
“The French Ambassador may continue his mission in the interests of developing relations between France and Belarusian society from Vilnius,” Latushko said. “The regime is entering open conflict both with neighboring countries and with the leading states in world politics.”
Calling it an “unjustified decision,” France said it has taken proportionate measures regarding Belarusian diplomats in France. Belarusian Ambassador to France Igor Fisenko was recalled to Minsk for consultations, the Belarusian Foreign Ministry said. 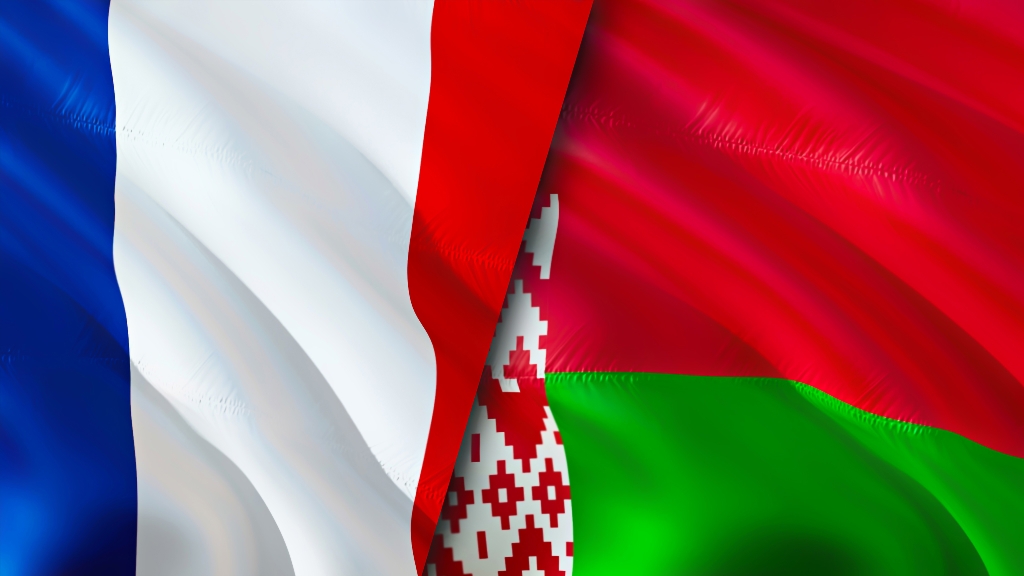