The German government is coming under increasing pressure to offer the nation a roadmap out of the coronavirus crisis amid growing frustration over sluggish vaccination and testing programmes.

The health minister, Jens Spahn, told the Bundestag on Wednesday that the first effects of the vaccine rollout were “already being felt” in the 80s age group, which has received the majority of almost 5.4m vaccinations to have been administered.

But there is growing disgruntlement that Germany remains far behind countries such as Britain, Israel and the US.

The influential Bild Zeitung tabloid asked in its Wednesday edition why Germany was so much slower than Britain. “Dear Britons, We envy you!” its headline read, saying that Boris Johnson’s promise to “return Britain to normality” was “thanks to Britain’s successful vaccine campaign”. The paper went on to ask: “When will we be as far as the British are?”

About 27% of Britons have received a jab, compared with just over 6% of Germans, which also reflects where other EU countries are. Britain has vaccinated about three times as many people as Germany. However, Germany’s incidence rate over a seven-day period is about 60 infections per 100,000 people, compared with the UK’s 116.

Like much of the EU, Germany began vaccinating on 27 December after the European Medicines Agency approved the BioNTech/Pfizer vaccine about a month after it was given emergency approval in the UK. But the rollout has been slow and beset by problems, including lack of supply, and latterly, a reluctance amongst Germans to receive the Oxford/AstraZeneca vaccine, after German authorities declared it had not been tested rigorously enough to allow its use on the over-65s. That decision triggered suspicions that it was not safe. Reports of lingering side effects have not helped.

READ  'No evidence' that recovering from Covid-19 gives people immunity, WHO says

Many Germans have been willing to support the EU’s argument that supplies were short because it had acted out of a sense of solidarity and had sought to provide for all its members equally, regardless of their economic strength, leaving Germany with less vaccine doses than it needed. But increasing suspicions over EU incompetence, officials’ lack of urgency, bureaucratic sluggishness or a possible lack of willingness to pay enough for the vaccines have taken hold in the national debate.

The European commission president, Ursula von der Leyen, has admitted that the EU initially ordered too few vaccine doses. In an interview with the Augsburger Allgemeine Zeitung published on Wednesday, she said that stock supplies would improve and the EU was “catching up” with the UK.

There has been growing concern over the reluctance amongst the under-65s due to be vaccinated, including hospital staff and care home workers, to receive the Oxford/AstraZeneca vaccine amid fears that it is not safe, which the government’s health experts insist is not true.

Thousands of people due to be given the vaccine have failed to show up for appointments across the country, triggering angry responses from politicians, including Berlin’s mayor, Michael Müller, who said those who didn’t want the vaccine had “missed their chance”, and Bavaria’s leader, Markus Söder, who said: “It’s absurd that we have vaccine doses which nobody wants.”

Partly as a result of the amount of unused Oxford/AstraZeneca supplies, the health ministry has altered its priority lists of who should be vaccinated so that teachers and carers from schools and kindergartens are eligible to receive one from Wednesday. Homeless people are also expected to be moved up the priority list.

Spahn was forced to answer questions in the Bundestag on Wednesday over the latest setback after after admitting that his promise to introduce free DIY rapid antigen tests for anyone who wanted one from 1 March was not yet deliverable.

He told MPs that intensive testing would offer a way for the country to find a balance, protecting life, freedom and hospitals, particularly following the partial opening of schools and kindergartens this week and the planned opening of hairdressers on Monday.

The spread of more virulent mutations of the virus, particularly the variant believed to have originated in Kent, has meant Germany is likely at the start of a third wave of the virus, experts have said. Spahn told parliament: “We had the feeling we were on our way out, but due to the mutations that is not the case.”

Two weeks ago the variant from the UK made up about 6% of all new registered infections, but that has since risen to about a third. It is said to be the reason why Germany’s infection rate is rising despite current lockdown measures, which have been in place since November, including the closure of all nonessential shops and sport facilities.

People are obliged to wear medical masks in public places, including in supermarkets and on public transport, and encouraged to wear them elsewhere.

The chancellor, Angela Merkel, is resisting calls for a further relaxation of lockdown rules, calling instead for a reduction of the incidence rate to under 35 per 100,000, which is unlikely to be achieved before Easter, in five weeks’ time.

She was widely reported as having told a meeting of the parliamentary faction of the Christian Democrats on Tuesday evening, whilst recognising “the valid desire for an opening up”, that she favoured “four stages of opening, without a yo-yo effect”.

Italians defend Dante from claims he was 'light years' behind Shakespeare

Madeira lets in tourists who can show Covid 'vaccine passport' 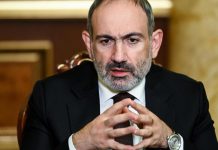 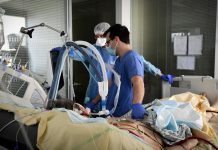 Nigel Farage appointed to advisory board of green finance firm