SINGAPORE – Gender and political ideology are among the identity markers apart from race and religion that are driving identity politics in societies around the world today, said Minister for Finance Lawrence Wong on Tuesday (Nov 23).

The age-old conflict between national and tribal identities remains one of the most potent driving forces of violence within and between nations, he added.

He said that some think that ethnically homogenous countries are less susceptible to tribal conflicts but “tribe” is not just a matter of ethnicity.

“I have noticed that other aspects of identity have surfaced in our conversations – around gender, sex, or various causes that people feel strongly about,” he added.

The minister was speaking at a roundtable on new tribalism and identity politics, and noted that he and Prime Minister Lee Hsien Loong had earlier this year spoken at length on the topic of racial harmony in Singapore.

The conference is organised by the Institute of Policy Studies and S. Rajaratnam School of International Studies, with Mr Wong as keynote speaker.

In his speech, he noted that tribalism runs deep in all human societies, and has become more prominent today with a focus on the individual.

Mr Wong acknowledged that there has been a greater emphasis on the culture of self over the last few decades, which has brought about progress in many areas.

This evolution differs from the past, where societies everywhere were generally more cohesive and people were more connected and active in their respective communities.

“In Singapore, we call this the ‘kampong spirit’,” said Mr Wong.

However, when the sense of self is inflated at the expense of community, the connections between people are weakened, he said.

“This leads to loneliness and isolation. And when people feel lonely and alienated, they fall back on defences that are perhaps primeval in our species – they revert to tribes,” he added.

The Internet has also made it easier for new tribes to form and organise themselves, but the echo chamber of social media often means the tribes end up self-selecting information to support and reinforce their own views, he said.

Mr Wong listed several examples of recent conflicts around the world that have arisen from identity politics.

These include the culture wars in the West that cut across issues from abortion rights and voting rights to woke culture and vaccination or mask-wearing.

Monoethnic societies like Poland, which is ethnically homogenous with Poles comprising more than 95 per cent of the population, have seen an intensifying standoff in recent years between supporters of the lesbian, gay, bisexual, transgender (LGBT) rights and conservatives who oppose them. Some parts of the country have declared themselves “LGBT-free zones” amid strong resistance from liberals.

The United States, despite its long-cherished melting pot ethos, is seeing greater political polarisation based on ideology and identity.

For example, a growing proportion of Republicans and Democrats view the opposite party in starkly negative terms. Even life-saving public health measures such as mask-wearing and vaccination have become markers of political identities, noted Mr Wong.

He noted that when such tribal identity takes root, it is difficult to achieve any compromise without it seeming like dishonour.

He said: “Every grievance threatens one’s self-worth; and every setback a challenge to one’s sense of self. So we get a downward spiral: individualism and self interest cause tribes to form; each tribe close ranks upon itself; and politics becomes defined as all-out war among tribes.” 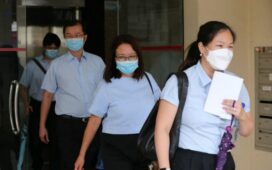 No by-election in Sengkang after Raeesah Khan's exit, 3 remaining MPs will stay on: Sylvia Lim 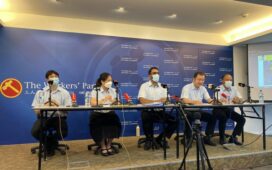 WP leaders told by Raeesah Khan in August she had lied, decided to give her time to deal with matter: Pritam Singh 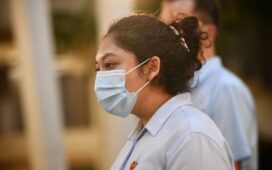 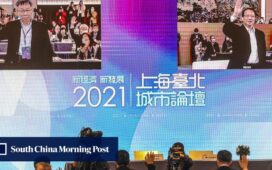