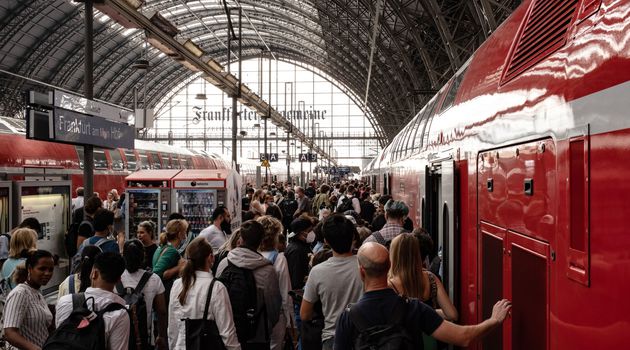 Germany has agreed the details of a €200 billion cost-of-living crisis plan, capping energy prices and introducing a €49-a-month ticket for public transport.

With Europe’s largest economy sliding towards recession and inflation above 10 per cent, chancellor Olaf Scholz tweeted after reaching a deal late on Wednesday: “Immediate help is on the way!”

For 25,000 big companies and 2,000 hospitals the cap will push gas prices down to seven cent per kilowatt hour and come into effect from January, valid until April 2024.

Private households may have to wait as long as March to feel the gas price cap, in part because energy companies say it will take that long to adjust individual contracts.

“This is about ensuring citizens don’t have to be afraid of their [energy] bills,” said Mr Scholz. “What’s clear is that we won’t quite get things back to the levels before Russia’s attack on Ukraine.”

In talks on Tuesday evening with Germany’s 16 federal state leaders, Mr Scholz agreed a €12 billion hardship fund to assist people – as well as hospitals, care homes and other institutions – struggling or unable to meet their energy costs.

Amid the focus on energy costs, the leaders also agreed a revolution in German public transport: the “Deutschlandticket”, allowing people use local and regional public transport for a flat monthly fee of €49. Berlin’s federal government and 16 federal states have agreed to split the annual €3 billion subsidy cost for the plan.

The new Deutschlandticket is the successor to Germany’s successful €9 experiment – but it remains unclear when the ticket will be introduced. The co-funding requires backing of all 16 state parliaments and implementation by more than 100 transport associations across Germany. In addition, the Deutschlandticket will not be available as a stand-alone purchase but as a subscription, with a monthly cancellation option.

The €49 ticket works out at €588 annually, a 63 per cent saving on the average monthly price Germans pay for their annual transport ticket.

“This increases significantly the attractiveness of public transport and also helps to achieve climate targets,” said Germany’s state and federal leaders in their agreement. “At the same time, the Deutschlandticket will help to relieve the financial burden on citizens.”

The cost-of-living plans were given a cautiously positive welcome across Germany on Thursday morning. Germany’s BDI industry federal said the plans would “create a bit of security while easing worries at the same time”.

Leading welfare lobby groups criticised the €49 as out of reach for many people and demanded a €365 ticket for those on lower incomes.

Though the details were agreed only in the last days, the announcement of Berlin’s €200 billion cost-of-living plan in September, dubbed a “double kaboom” by chancellor Scholz, annoyed Germany’s EU neighbours.

Many feared that the energy caps could affect their own energy prices or distort the EU internal market. Germany will finance its cost-of-living measures from various sources. As well as fresh off-balance sheet borrowing Berlin has plans to tax windfall profits on companies that have boomed during the recent crises. 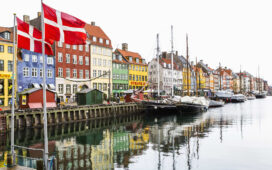