The newly crowned leadership duo of Germany’s centre-left Social Democrats (SPD) has hardly had a great welcome. Norbert Walter-Borjans and Saskia Esken beat the finance minister, Olaf Scholz, and his running mate, Klara Geywitz, by 53% to 45% in the final round of the membership votes. The response was vociferous: the imminent death of the SPD was the verdict from most of the German media.

The vote certainly marks a significant turning point in German politics not just for the SPD but also for the government – in which the SPD is still a junior partner – and for the politics of the centre left.

To start with the SPD: the designated leaders have never held leadership positions within the party beyond the local level. Walter-Borjans, 67, was spokesperson of the regional government North Rhine-Westfalia, becoming the region’s finance minister between 2010 and 2017. Saskia Esken, 58, has been a backbench MP since 2013 without any office in the government or the party. Their campaign targeted the legacy of Gerhard Schröder’s 1998-2005 government as a sell-out of social-democratic values. They are also explicitly against the role of the SPD in the current federal government, a coalition they would like to end as soon as possible.

Their lead opponent, Scholz, 61, was a key supporter of Schröder’s New Labour approach. He won regional elections in Hamburg and is vice chancellor of Angela Merkel’s government. He ranks third in polls of politicians’ popularity, behind Merkel and the Green party leader Robert Habeck. To prefer two little-known candidates to Scholz is a radical statement by a majority of party members against their most powerful politician.

READ  May meltdown: Ex-PM's Brexit vows scrapped by Boris Johnson in major snub towards the EU

As with the heirs of Tony Blair in the UK, Germany’s supporters of New Labour did not succeed in forging solid support for their centrist approach. Instead, the party has spent the past 15 years fighting over the consequences of the Schröder years. During that time, it has had eight leaders, all of whom failed to resolve this dispute. The party was right to seek a new approach to find a new leader with a membership vote. Yet to open the leadership contest to the most inexperienced on the national stage was a big gamble for Europe’s most powerful country in politically uncertain times.

If and when the SPD resigns from the ruling coalition with Merkel’s Christian Democrats (CDU), there will be many repercussions. The CDU has a similar leadership issue in that its new head, Annegret Kramp-Karrenbauer, still has to prove herself to party rivals as worthy to be Merkel’s successor. A quick collapse of the government might wrong-foot the party and tempt her competitors into a new leadership challenge. Both big parties will now run with new leaders at the next election.

The inward turn of the SPD will give the already rapidly changing party system a further push. Both the CDU and SPD have lost dramatically during recent European and regional elections. The winners are the Green party and the far-right Alternative für Deutschland (AfD).

The Green party, also led by a new team since January 2018, is a clear beneficiary of the rise of the urban liberal middle class and the weakness of the two governing parties. The Green party is now solidly number two in the party system and highly likely to join the next government, either with the CDU or the two parties on the left.

After the last election in 2017, the CDU tried to form a coalition with the Green party, which only failed because the Free Democrats (FDP) chickened out. It became clear that both the CDU and the Greens have a considerable overlap in major areas including social policy, the digital transformation, taxation and even migration. Under the new imperatives of the climate crisis, the deteriorating public infrastructure and the slowdown of the German economy, there is a new political agenda focusing on exactly these issues. The similarity to the agenda of the newly elected president of the EU commission, Ursula von der Leyen, and her proposed European “green new deal” is no accident.

The SPD under its new leadership is unlikely to make a mark on the emerging discourse. Its commitment to fighting inequality, improving social protection and public investment has value: Germany is more unequal than it wants to admit. However, its battle is stuck in the past. Unless it manages to get both sides of the party out of the trenches and to take on new challenges with all its remaining strength, the SPD runs the risk of being swept away by new political dynamics.

• Anke Hassel is professor of public policy at the Hertie School, Berlin

Brexit: EU citizens in UK could be shut out of vital services 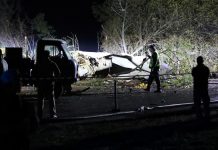 Military plane carrying 27 crashes in Ukraine, killing most on board 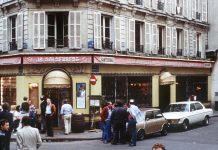