A nine-year-old girl has become the first child in Hong Kong to receive liver surgery through a procedure that limits incisions on the skin, allowing a speedier recovery and less scarring.

The operation, called laparoscopy and done by doctors at Queen Mary Hospital in late March, was conducted on the girl who had liver cancer, a rare condition in children. It was also the world’s first case in which the medical dye indocyanine green (ICG) was used in such a procedure to trace the tumour.

The girl’s mother, who was only identified by her surname Wei, described feeling a “roller coaster” of emotions throughout her daughter’s treatment process.

“I felt helpless when I was told by doctors my daughter was suffering from liver cancer,” Wei said. “Now I feel very good and no longer worry about her condition.”

The girl, who only gave her name as Ling, was referred to Queen Mary in Pok Fu Lam after she was diagnosed with liver cancer in January at Princess Margaret Hospital in Kwai Chung.

The form of cancer is uncommon in children, with only five to 10 cases recorded in Hong Kong each year.

In Ling’s case, surgery was required to remove her tumour, but instead of the traditional liver resection operation to remove part of the organ, doctors decided to try laparoscopy.

Where traditional treatment on children would require a 10cm to 15cm cut on the patient’s upper abdomen, this time, five small cuts, each at a length of 5mm to 10mm, were performed, along with a bigger 3cm incision.

The surgery was then carried out by inserting medical instruments through the cuts.

Dr Patrick Chung Ho-yu, honorary associate consultant at Queen Mary’s division of paediatric surgery, said doctors could use the alternative method because of the size of the girl’s body and her tumour.

“Her body was big enough … and the size of her tumour was not very big,” Chung said.

He said the use of laparoscopy could minimise pain and complications, as well as cut down recovery time roughly by half.

While the procedure was first reported to be carried out in the early 1990s, it was seldom used for child patients because of difficulties and the lack of devices designed for them.

“It requires higher surgical skills … Liver surgery is [one of the most] difficult of all laparoscopic surgeries,” Chung said, adding that so far such cases had only been reported in four articles in medical literature.

To increase the precision in tumour removal, the surgical team also introduced a technique during the procedure by applying the medical dye ICG, which would cause cancer tissue to glow when inspected with a specific instrument.

The dye has been used for decades for evaluating liver function and locating tumours in recent years, but not for such a surgery.

“ICG can help define the margin of a tumour more accurately,” said Dr Kenneth Wong Kak-yuen, chief of the hospital’s division of paediatric surgery. “For some satellite tumours which cannot be identified through a scan, they can be seen with ICG.”

The team said it hoped their experience would enable the use of laparoscopy more widely on child patients to help reduce pain, and that the use of the medical dye could be more frequent in operations to raise the accuracy rate of tumour removal.

‘Either way, an anti-China hawk wins’: Why Beijing does not expect Joe Biden victory to change relationship with US 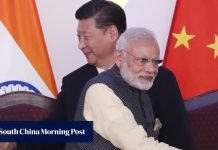 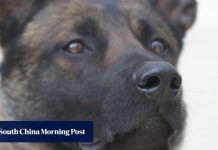 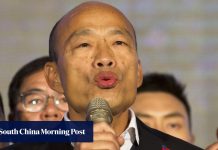 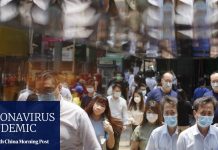 China’s street vendors can help ease unemployment, but can they fend off the city guardians?