At the end of 2018, policymakers were still assessing the immediate effects of Donald Trump’s trade wars. The US Federal Reserve and the European Central Bank both believed that the damage to their domestic economies would be small and temporary, leaving them on course to “normalise” monetary policy by raising policy interest rates as inflation rose towards target.

In China, there was pessimism about the damaging effect of US tariffs on the economy and scepticism about whether new forms of policy easing would work this time. It was therefore widely assumed that Beijing would make significant concessions to the US to reach a settlement with the Trump administration on tariffs and technology.

By contrast, uncertainty about tariffs and plummeting car sales have caused a major contractionary demand shock to capital investment in the advanced economies, hitting manufacturing-led economies such as Germany extremely hard. Recession risks in Europe have in turn had an impact on US activity, interest rates and monetary policy.

Here are three policy themes for the rest of 2019.

1. China is increasingly confident it can weather the trade wars

While Mr Trump has claimed that economic data prove China has “lost” the tariff wars, Chinese policymakers are probably reassured by the latest activity data in their economy. The mix of old-style and new-style fiscal and monetary easing has stabilised the downturn.

True, the official 2019 second-quarter gross domestic product statistics showed the growth rate slowing to 6.2 per cent year on year, the lowest rate for more than two decades. But activity seems to have recovered towards the end of the quarter, and the latest Fulcrum nowcast shows growth running at close to 7 per cent.

Consumption has responded well to tax cuts and infrastructure investment has rebounded as local government debt issuance has surged.

More surprisingly, while exports have dropped 1.5 per cent in the past 12 months, imports have dropped 7.8 per cent. Consequently, net trade, which is the variable that contributes towards GDP and activity growth, has actually been far more positive than it was in 2018.

These figures may explain China’s tougher recent line on the trade talks. Beijing’s refusal to accept more aggressive demands from the Trump administration disrupted progress in negotiations with Washington in early May and was fully explained in a hawkish Chinese white paper in early June.

With China’s trade policy hawks apparently now ready to sit out a long conflict with the US, and more confident that their domestic economy can withstand the shock, a settlement to the trade war seems unlikely when talks resume later this week.

The failure of the eurozone economy to bounce back from what was supposed to be a temporary slowdown late last year has been one of the biggest disappointments of 2019.

Unlike previous European downturns, Germany has been the weakest of the major EU economies, in part because of the crash in the global car industry. In addition, the country’s capital goods exports have suffered from the weakness in worldwide investment expenditure.

Last week, Mario Draghi, ECB president, admitted that the eurozone economy may not rebound in the second half of 2019, as previously expected.

The ECB has also been concerned about declining consumer price expectations, as measured in the bond market. While in the downturn of 2016, 10-year inflation expectations remained consistent with the bank’s 2 per cent inflation target, this year expectations across all time horizons have converged towards 1 per cent.

This “Japanification” of the eurozone is increasingly worrying the central bank. It is now explicitly describing its inflation target as “symmetrical”, implying that it will no longer tolerate prolonged periods in which inflation is below 2 per cent. It is clearly ready to reduce interest rates further, and resume the asset purchase programme, in September.

However, as in Japan, the scope for monetary policy to end deflationary forces in the eurozone is limited, and the governing council seems to recognise this.

Mr Draghi has explicitly asked for fiscal support to boost the region’s economy, which would represent a fundamental shift in the ECB’s established beliefs. He believes that any worsening of the shocks hitting the manufacturing sector, especially in Germany, can only be addressed by targeted fiscal injections, not by region-wide monetary expansion.

Mr Draghi’s responses in his Q&A session last week and in his recent Sintra speech are more aggressive than the consensus on the governing council. Christine Lagarde, the incoming president, may have to work hard to build an accord on this.

3. The Federal Reserve recognises the importance of the rest of the world

Recently, I argued that the Federal Open Market Committee may be contemplating something more fundamental than a couple of precautionary “insurance” cuts in policy rates. This suspicion has been reinforced by extremely dovish remarks from several leading officials, including the Fed chairman, Jay Powell.

His latest speech argued that low inflation may be structural and persistent, warned that global factors might be responsible for weaker activity in the US and emphasised that equilibrium interest rates have fallen throughout the world and that monetary policy is far more interconnected than ever before.

The idea that ultra-low global bond yields are setting the agenda for the Fed is scarcely a new theme in the international bond markets, but it is now explicitly embraced by the leadership of the FOMC.

This factor, combined with the belief that US policy should be adjusted quickly and decisively to adverse economic conditions when interest rates are near the zero lower bound — as John Williams, president of the Federal Reserve Bank of New York, has said — should keep the Fed in extremely dovish mood for the remainder of 2019. 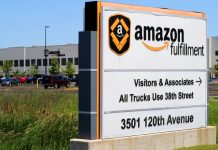 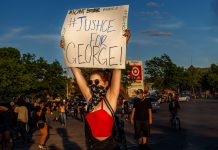 Ex-Minneapolis cop charged with murder in death of George Floyd 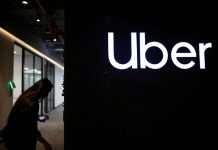 Loyal customers reflect after J.C. Penney filed for bankruptcy and closing after 118 years 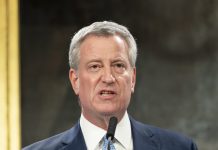 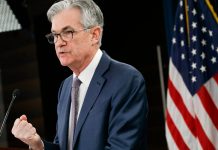 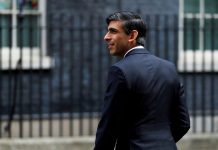 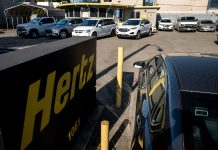 Forget Swooshes and V’s. The Economy’s Future Is a Question Mark. 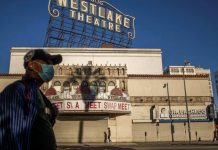 US spending falls by most on record in April 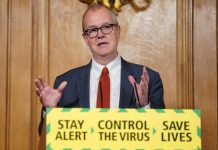 Ready to quit because you're scared of the coronavirus? Some things you need to know