The man whom Delta Airlines credits for guiding it through crisis as the coronavirus pandemic swept the nation will become General Motors’ new chief financial officer.

Until then, John Stapleton will continue in two roles: As GM’s North America chief financial officer and as acting global CFO, a role he stepped into Aug. 31.

“Paul is a great addition to the GM senior leadership team and is dedicated to leading the company for the benefit of all stakeholders,” said GM CEO Mary Barra, whom Jacobson will report to. “We share a commitment to teamwork and inclusion as we work toward our vision of a future with zero crashes, zero emissions and zero congestion.”

The hire comes just two-and-a-half months after GM’s first female CFO, Dhivya Suryadevara, resigned to take a CFO job with Stripe, a global online payments company based in San Francisco. She served as GM’s CFO for just over two years.

Jacobson joined Delta, based in Atlanta, in 1997 as a financial analyst. He held various positions there including a senior vice president and treasurer role until March 2012 when he became the airline’s CFO. He was named the airline industry’s best CFO eight times by Institutional Investor magazine’s poll of Wall Street analysts and investors, GM said.

In an April article on Delta News Hub, Delta CFO Ed Bastian praised Jacobson, saying he asked Jacobson in April to reconsider his decision to retire from Delta.

“I am happy to announce that Paul has agreed to rescind his retirement and continue as our Executive Vice President and Chief Financial Officer,” Bastian wrote, going on to say that Jacobson’s experience and guidance were  crucial to Delta’s initial response to the pandemic.

“Under his leadership, we have boosted our liquidity through commercial markets and expanded our cash position,” Bastian wrote. “Paul and his team have been instrumental in executing our strategy for cost reduction while forging the path ahead so that Delta is positioned to lead the industry when the recovery comes.”

Bastian credited Jacobson in “developing and leading the strategy that regained our investment-grade balance sheet as we rose from the difficult years after Sept. 11, 2001,” the day terrorists flew commercial airplanes into the World Trade Center in New York and the Pentagon in Washington, D.C.

Dashed dream of being a pilot

Jacobson said he opted to join GM in part because of the automaker’s vision for an all-electric future.

“GM’s vision is compelling because it embraces the needs of society, customers and investors, and they are executing an historic technology shift to electrification from a position of strength,” he said in a statement.

Jacobson is from Minnesota, and dreamed of being a pilot, he told Delta News Hub. He enrolled in the Air Force ROTC and had earned his pilot’s license when he had to disclose his medical history.

“I’d had asthma as a child, but I grew out of it at age 14,” Jacobson said. “Unfortunately, the cutoff for the ROTC program was 12, after that supposedly it could reoccur. I had self-disclosed … obviously, it was the right thing to do. But I couldn’t be a pilot.”

He serves on the board of trustees for the Auburn University Foundation, the Harbert College of Business Advisory Council at Auburn and the Owen Graduate School of Management Board of Visitors at Vanderbilt in Nashville, Tennessee. 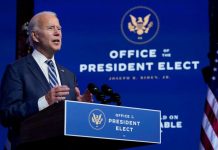 Why Joe Biden must go big 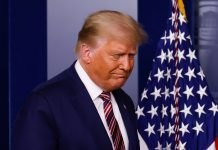 What if Trump won't concede? The Constitution will end his term, conservative lawyer John Yoo says

Apple iPhone 12 to Playstation 5: Here are some of the items Google predicts will trend 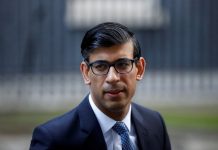 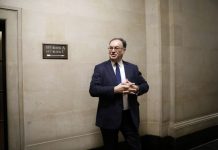 Apple iPhone 12 Pro Max has superb camera, but differences will be hard to notice 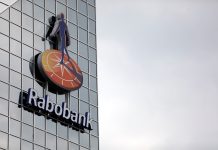 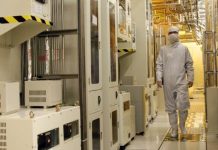 China’s biggest chipmaker warns of delays due to US sanctions 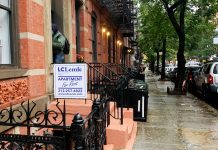 Donald Trump supporters can get free food at Kentucky restaurants owned by the same couple. But there's a catch.