GULLANE, UNITED KINGDOM (AFP) – Chun In-gee carded a second round 66 at the Women’s British Open at Muirfield on Friday (Aug 5) as the Korean set her sights on a second major of the season.

On eight under par, Chun led by a shot from South Africa’s Ashleigh Buhai and Sweden’s Madelene Sagstrom, who both shot 65, and by two from seven-time major winner, Park In-bee (67).

Chun had six birdies and a bogey and made a great par at the last. She drove into a bunker but hit her third to five feet to snatch the halfway lead.

“Links golf is a all about manufacturing a score,” said the 27-year-old, who won this season’s Women’s PGA Championship – her third major following wins at the 2015 US Women’s Open and 2016 Evian Championship.

“This has already been a good season. I was so pleased to win my third major and now I have another chance. My goal tomorrow is to have a bogey free round.”

Buhai looked set to join Chun at the top after covering 17 holes in a flawless seven under par, but she dropped her only shot of the day at the 18th after finding a bunker with her second shot.

In the end, she had to hole a tricky five footer for bogey.

“I was disappointed to finish with a dropped shot, but I am super chuffed with the round,” said the 33-year-old, who won the first of three South African Amateur Championships when she was just 14.

“I was very patient and am extremely pleased to be in this position.

“Links golf is all about thinking you’re way round. I love it here. The British Open is always my favourite event of the year.”

Buhai led at halfway in the same event at Woburn three years ago before going on to finish fifth.

Sagstrom finished joint second at Carnoustie a year ago, and she has grown to love links golf.

“I first came over for British Amateur Championships and it was hate at first sight,” she admitted.

“It’s taken me a while, but at last I seem to have figured it out. The funny bounces, taking the good with the bad.” 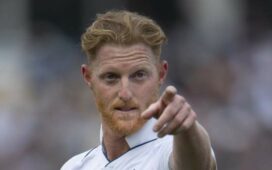 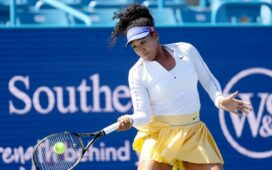 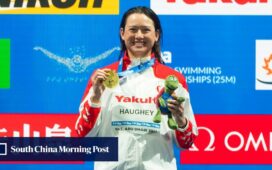 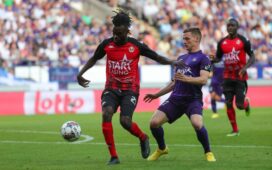 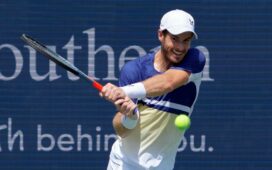 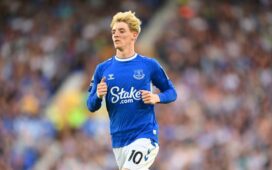