SINGAPORE: With the scale of the COVID-19 crisis, the Government may not be able to save every business and job, but it will continue to support every worker, said Deputy Prime Minister Heng Swee Keat in Parliament on Thursday (Oct 15).

Wrapping up the House’s debate one week after he delivered his ministerial statement on the country’s response to the pandemic, Mr Heng noted several recent measures aimed at saving jobs.

For instance, the SGUnited Jobs and Skills package, which seeks to create close to 100,000 jobs, traineeships and skill training placements, has curated 117,500 openings by end-August. From July to August, more than 9,000 people had secured training or job opportunities under the package, bringing the total number of placements to 33,000.

“In this period of restructuring and recovery, I urge both employers and job seekers to keep an open mind and be willing to adapt and adjust,” he said.

READ: Retrenchments in Singapore spike in first half of the year, surpassing SARS peak: MOM

The COVID-19 pandemic has dragged Singapore’s economy into its most severe downturn since independence, as the Ministry of Manpower recorded 11,350 retrenchments in the first half of the year.

According to the ministry, this is higher than the 10,120 recorded during the SARS period, but still lower than other recessionary peaks.

READ: Fortitude Budget: More than 40,000 jobs to be created as part of S$2b employment, training package

Mr Heng, who is also the Finance Minister, highlighted several groups of workers who are at “higher risk of income loss” or “face difficulties finding a job”, and noted the Government’s commitment to support them.

For retrenched mid-career professionals, the Government “must intensify” its efforts to help them reskill and find new employment, which is why it introduced the SkillsFuture Mid-Career Support Package and the SGUnited Jobs and Skills Package, said Mr Heng.

The SkillsFuture Mid-Career Support Package aims to double the placement of Singaporeans in their 40s and 50s to about 5,500 by the year 2025.

As some jobs “may never return”, the Mr Heng urged mid-career professionals to consider changing industry and taking pay cuts to put themselves “in a better footing” after the crisis.

He also called on companies to be “receptive” to hiring mid-career workers, who come with their “wealth of experience”. With the Jobs Growth Incentive, the Government will fund eligible companies up to 80 per cent of the salary of each new local hire aged 40 and above.

Similarly, employers will receive 50 per cent salary support if they hire persons with disabilities, regardless of age.

In addition, the Ministry of Manpower is looking at extending the same 50 per cent support to ex-offenders.

Another group that requires attention is the self-employed workers, said Mr Heng, which is why the Government introduced the Self-Employed Person Income Relief Scheme (SIRS).

“By the end of this month, over 195,000 of them would have received three payouts amounting to S$9,000,” he said, adding that the payouts will cover them till the end of the year.

Meanwhile, many lower-wage workers are in front-line service jobs, and have been “disproportionately affected” by the COVID-19 pandemic, said Mr Heng.

Those retrenched can turn to the SGUnited Jobs and Skills Package, which has placed 17,000 non-Professional, Managers, Executives and Technicians (PMETs) into new jobs, more than 50 per cent of the 30,000 placements facilitated as of end-August.

He pointed to his ministerial statement last week, where he mentioned efforts to expand the Progressive Wage Model for low-wage workers. The Workfare Income Supplement also boosts wages of those earning less than S$2,300 a month with an income supplement of up to 30 per cent payouts.

Despite the difficulties posed by COVID-19, Singapore should “capitalise on the crisis to write another exceptional chapter of the Singapore story”, said Mr Heng, quoting Bukit Panjang Member of Parliament (MP) Liang Eng Hwa.

Singapore’s “dual identity” as a nation and a global city has shaped the country’s economic journey, said Mr Heng.

“We have to stay open to the world while forging our own identity. Stay globally connected while remaining independent and embrace diversity while being socially cohesive,” he said.

“These seemingly conflicting objectives are not choices, but necessities for us. And they will always define us as a country and guide how we manage our economy and society.”

These foreign firms bring their know-how and business networks to Singapore and create “vibrant eco-systems” to nurture local companies and give them opportunities to “become a part of a global value chain”, he added.

Partnerships between foreign and local firms, between MNCs and start-ups will “continue to anchor Singapore as a true global Asia node of technology, innovation and enterprise”, he said.

As technology and innovation change the global economy, it is “even more critical” for Singapore to “assemble the best possible team to stay useful and relevant to the world”, he added.

“We want to make sure that we have the best players in our team … This is why we must remain open to the best talents from all over the world, so that we can put forth the best team and step out onto the world stage.”

Workers will need to be “proactive” about upskilling and reskilling, as the new economy requires “versatile” workers, said Mr Heng, adding that workers should know how to build on existing skills, embrace lifelong learning and be able to move between adjacent industry clusters.

Companies too should develop training programmes, redesign jobs and encourage employees to upskill.

“With these efforts, we hope that Singaporeans, regardless of age, can continue to learn and upskill, so that they not only have good jobs but experience good wage growth.

“These efforts to upskill our workforce will help us to stay ahead of the global curve. Coupled with openness to ideas, innovations and innovators, we secure a brighter future.” 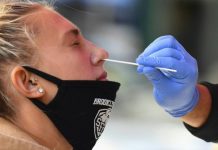 US breaks daily record for COVID-19 cases with 84,000 new infections 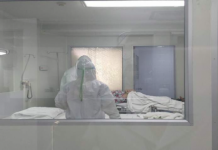 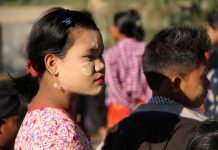 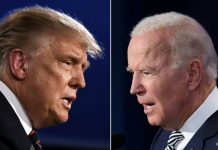 US coastguard to deploy fast-response craft as counter to China’s ‘illegal fishing, harassment’ in western Pacific 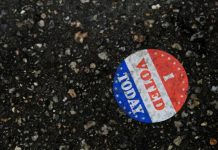 More than 50 million Americans vote early in US presidential election 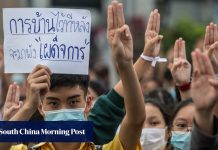 As Thailand’s protests snowball, rattled royalists would rather blame a hidden foreign hand than look inward 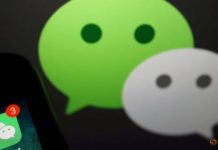 US judge will not reverse decision on WeChat app store ban 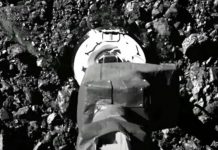 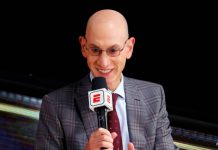 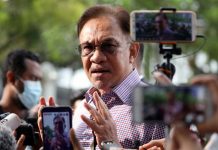 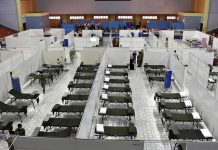