KUALA LUMPUR, June 16 — The Finance Ministry is looking at how the government can provide additional assistance to the people, said Minister in the Prime Minister’s Department (Economy) Datuk Seri Mustapa Mohamed.

“The government quite understands the pulse of the people assistance is still there because not all the allocations announced previously have been spent.

“The Prime Minister has instructed the Finance Minister to submit a proposal, and I believe he (Tengku Datuk Seri Zafrul Abdul Aziz) is studying ways on how the government can provide additional assistance (to the people),” he said during an interview in the Ruang Bicara programme on Bernama TV today.

The government has allocated RM380 billion or the equivalent of 28 per cent of Gross Domestic Product through economic stimulus packages.

Mustapa said so far about RM200 billion had been spent and there was still a balance. — Bernama

See also  Dr M: Bribery of voters by election candidates is how ‘thieves’ and the corrupt can form govt
Share on FacebookShare on TwitterShare on LinkedInShare on Reddit
asianewsdayJune 16, 2021 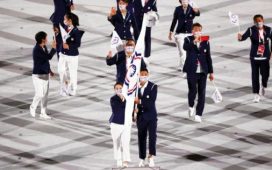