ANKARA: In a surprise decision on Sunday, the Turkish vessel Oruc Reis returned to the southern province of Antalya after months of tension in the Mediterranean, due to a frantic battle over offshore resources, that raised fears of physical confrontation.

Now the question is whether this step will pave way for diplomacy in the controversial waters, through NATO and a German mediation offer, for Turkish-Greek talks.

Turkish Defense Minister Hulusi Akar and Turkey’s military high command arrived in Antalya on Sunday, just across from the Greek island of Kastellorizo, where Greece’s president was expected to visit the same day.

“We keep telling (Greece) often that we are patient and strong,” Akar told pro-government TV station A Haber.

Turkey and Greece are NATO members, alongside France, with Paris particularly vociferous against Turkish actions. But to what extent Paris and Ankara are ready to talk, after so many verbal attacks between the countries’ leaders is a source of concern.

Turkish President Recep Tayyip Erdogan recently warned his French counterpart Emmanuel Macron not to “mess with Turkey,” while the latter said earlier in the week that Ankara was “no longer a partner” in the Mediterranean region.

The EU remains divided in coping with tensions in the region, and needs to act in unison in order to offer a sustainable solution through diplomacy.

Against the “bad cop” policy of France through shows of military strength, German Chancellor Angela Merkel has been mediating between Turkey and Greece to minimize the confrontation risks in the area, and to protect EU interests.

Prof. Michae Tanchum, a senior fellow at the Austrian Institute for European and Security Policy (AIES), said the marketing of natural gas had changed the geopolitical dynamics of the eastern Mediterranean maritime boundary disputes.

“For Turkey, the conflict is fundamentally about what Ankara sees as Greece’s unjust maritime sovereignty claims. But now Turkey has to contend with an alignment of European and Middle Eastern actors in supporting Greece,” he told Arab News.

“Turkey views its future political and economic influence across the entire Mediterranean region and in Africa (as being) at stake.”

EU leaders will hold a summit on Sept. 24-25  to push for diplomacy and use a “stick” strategy, through potential sanctions against Turkish naval exercises and maritime claims in the eastern Mediterranean, at the expense of France, Cyprus and Greece.

According to Tanchum, the European Council meeting and its decision on a course of action vis-à-vis Turkey is the next inflection point.

“The most critical country for determining the direction of the outcome is Italy. Turkey’s growing economic competition with Italy in Libya may tip that balance,” he said.

Experts all agree that negotiation is the key for bringing peace and stability to the region’s waters, as no country can shoulder the risks of a possible conflict.

The solution to these maritime disputes is through dialogue, not through aggressive actions, according to Charles Ellinas, CEO of the Cyprus Natural Hydrocarbons Company and energy expert at the Atlantic Council research center.

“And if dialogue does not work, to refer the case to international courts — both Greece and Turkey expressed readiness to do that,” he told Arab News.

But, Ellinas added, in order to allow dialogue to commence there is a need to refrain from actions that stop it.

“Within this context the withdrawal of Oruc Reis is a positive step. Hopefully this first step will be followed by a period of calm to allow the mediators to bring the two sides together,” he said, adding that eventual agreement between Greece and Turkey could be a big contribution to resolving other disputes in the eastern Mediterranean.

However, the chances of hydrocarbons being present in the area of dispute between Greece and Turkey remains very low.

“Gas is not the reason for the dispute but the pretext. War on this basis is futile. That’s why dialogue is key,” Ellinas said.

Meanwhile, Egypt and Cyprus have begun negotiations for the launch of an offshore gas pipeline, starting from the Aphrodite gas field in Cyprus and stretching to Cairo, in a bid to gain a foothold in the European market. 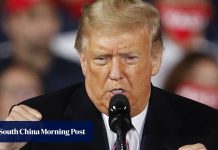 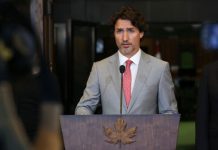 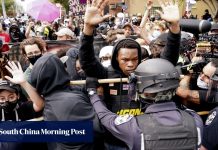 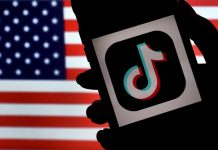 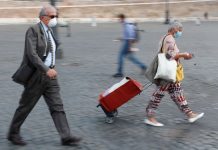 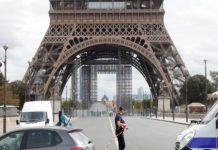 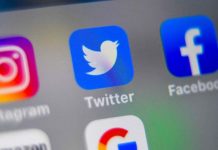 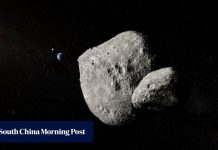 Asteroid the size of bus to zoom past Earth, ducking below satellites, Nasa says