A woman in Surat Thani, who allegedly became paranoid due to lack of sleep, cut her three-year-old daughter’s throat while the child was sleeping.

Upon receiving a report of the case on Tuesday (Sept 15), officers from Phunphin Police Station visited the house in a rubber plantation and found the child’s body.

The forensic team reported that the victim’s throat had a 2-inch wound and that her aorta was cut, leaving the body covered in blood.

Bupha Yuensuk, 43, was found behaving in a mistrustful manner and was taken to the police station. Her husband, Satit Uantui, 43, said they had two daughters and his wife became unreasonably protective of them after returning home from work.

Before they went to bed, the husband said he saw his wife trying to cut her own throat and after he tried to calm her down, she stabbed herself with a fork.

Satit later found their little daughter, who was sleeping with her mum, dead. He said this was unexpected and that his wife has no history of mental illness.

Their second daughter, 8, was safe because she was sleeping with her father.

Investigators believe the woman may have been hallucinating from the lack of sleep that someone had come to assault her children. 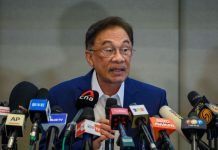 Selangor representatives say they were aware of Anwar's plans 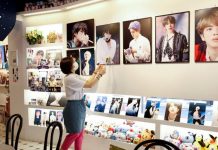 China's growing economic and military strength can be a 'dilemma' for U.S. investors

Thai politician sentenced to 99 years in jail for corruption 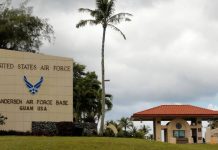 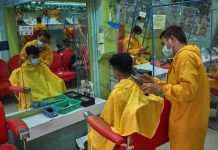 A Manila barbershop's mirrors reflect the pain of the coronavirus pandemic