Fans are paying tribute to cinematographer Halyna Hutchins who died after Alec Baldwin misfired a prop gun on the set of his film Rust.

Sante Fe County deputies were called to the set of Rust at the Bonanza Creek Ranch on Thursday (21 October) afternoon.

The sheriff’s office revealed that two people had been shot, including 42-year-old cinematographer Hutchins, who was taken to the University of New Mexico Hospital by helicopter where she died.

Her death was confirmed by the International Cinematographers Guild, Local 600.

Rust director Joul Souza was also injured in the accidental shooting and, as per the police, is undergoing treatment at Christus St Vincent’s hospital.

Officials say that an investigation is underway into how and what projectile was discharged from the prop gun during the fatal incident.

No one has been arrested and no charges have been filed so far, the office said.

Following news of her death, film fans and actors have paid tribute to Hutchins.

“Halyna Hutchins last couple of posts showed how excited she was to be working on this Alec Baldwin western, and then it ends in tragedy. So sad. RIP,” wrote one user, accompanied by four photographs shared by Hutchins on Instagram prior to her death.

Another person added: “I just wanted to share some stills of Halyna Hutchins’ work and take a moment to appreciate how ridiculously difficult it is to become a DOP [director of photography] in the film industry, especially as a woman. We’ve lost an incredible artist today.”

“I loved Halyna Hutchins’ work so much,” wrote Cargill on Twitter. “It’s not only a traffic loss for cinema but to so many of you I know who worked with her. You and her family are all in my thoughts tonight. I’m heartbroken for you all.”

A fourth person wrote: “Seeing way too many pictures of Alec Baldwin and not enough of the cinematographer Halyna Hutchins who lost her life. Almost 3 decades since Brandon Lee how does this happen smh.”

Lee – the son of late action star Bruce Lee – was killed on the set of The Crow in 1993 after an actor fired a gun that he believed to be loaded with blanks.

Suicide Squad director James Gunn added: “My greatest fear is that someone will be fatally hurt on one of my sets. I pray this will never happen. My heart goes out to all of those affected by the tragedy today on Rust, especially Halyna Hutchins & her family.”

True Blood star Joe Manganiello wrote that he is “in shock”.

“I was so lucky to have had Halyna Hutchins as my DP on Archenemy. An incredible & great person,” wrote the actor. “I can’t believe this could happen in this day and age… gunfire from a prop gun could kill a crew member? What a horrible tragedy. My heart goes out to her family.”

“More than enough coverage of Alec Baldwin, nowhere near enough of the victim Halyna Hutchins,” wrote someone else. “A life ended far too early. Can’t believe this has happened again.” 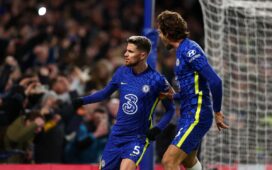 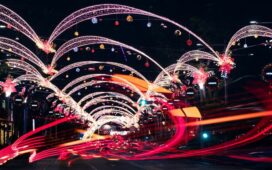