“Tan Sri Shafee is on MC, because of the condition of his hand, so today’s hearing date has been vacated, converted into case management.

“We have fixed a new date on January 27 at 9.30am, that is going to be before Justice Zaini, for the hearing to disqualify Datuk Seri Gopal Sri Ram as a senior public prosecutor in the audit trial, in the MOF trial with Tan Sri Irwan Serigar and also in 1MDB,” she told reporters when met after case management before High Court deputy registrar Catherine Nicholas.

Yesterday, Shafee had informed High Court judge Collin Lawrence Sequerah — who was hearing the 1MDB trial — that he had to be admitted to a hospital in Kuala Lumpur yesterday afternoon in preparation for surgery to both remove swelling in his right wrist and to conduct a biopsy.

“So they are still proceeding with this disqualification exercise against Datuk Seri Gopal Sri Ram, so we proceed accordingly on those dates,” he told reporters here.

Sri Ram is a former Federal Court judge who has since joined legal practice as a private lawyer, and was in August 2018 appointed as a senior deputy public prosecutor to act for the government in leading the prosecution process in 1MDB-related matters.

On June 12, 2020, Najib had through his lawyers filed the application to disqualify Sri Ram, seeking three court orders.

Najib had asked for the court to make a declaration that there is a conflict of interest between Sri Ram’s appointment as a senior public prosecutor and his continuous practice as an advocate and solicitor of the High Court of Malaya.

The second court order sought by Najib was for a declaration that Sri Ram had acted or continued to act in conflict of interest of his appointment as a senior deputy public prosecutor by allegedly displaying bias and bad faith by allegedly having preconceived and predetermined notions of Najib’s guilt before he was charged in any court.

Out of these four trials, the 1MDB trial has already proceeded since August 2019 with more than 50 days of hearing with Sri Ram leading the prosecution, with the trial set to resume next on February 8, with other trial dates in February, and in April up until July 2021.

Najib’s audit report joint trial with Arul Kanda has also proceeded since November 2019 with Sri Ram leading the prosecution, with the trial set to continue again on January 18 until January 21, with trial dates also already scheduled in February, March and April this year.

Trial for the RM27 million case has yet to start, with the trial reported to be scheduled to start on July 5, 2021.

Najib’s joint trial with Irwan in the case involving RM6.6 billion is scheduled to start in September 2021.

This application by Najib is not the first time he is challenging Sri Ram’s role in prosecuting his 1MDB-related cases.

Previously, Najib had in a judicial review application in the civil courts sought to remove Sri Ram as his prosecutor in 1MDB-related cases, but this was dismissed by High Court judge Datuk Seri Mariana Yahya on August 28, 2020.

Najib had also filed an application in the criminal courts to have Sri Ram removed from prosecuting his 1MDB-related cases, but this was dismissed by High Court judge Collin Lawrence Sequerah, with both the Court of Appeal and Federal Court subsequently also dismissing the bid to disqualify Sri Ram.

In the Federal Court’s August 7, 2019 decision, it had however also ordered the prosecution to show to the defence Sri Ram’s appointment letter by the attorney-general.

Malay Mail understands that the current application by Najib to disqualify Sri Ram from the four 1MDB-linked cases and to be heard by Justice Zaini on January 27 is due to new developments, following an exposé in June 2020 by former attorney general Tan Sri Mohamed Apandi Ali in his Facebook post. 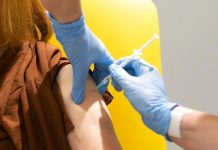 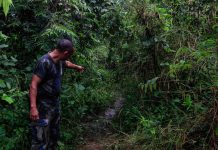 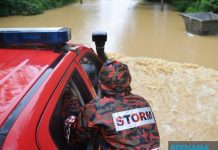 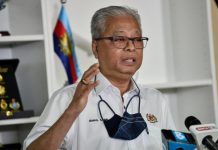 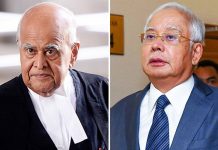