KUALA LUMPUR, Feb 18 — The High Court here today will decide whether Datin Seri Rosmah Mansor has to answer to charges to corruption relating to the RM1.25 billion solar hybrid project for 369 rural schools in Sarawak, or to acquit her.

Judge Mohamed Zaini Mazlan is expected to deliver his judgment at 9 am on Rosmah, 69, the wife of former prime minister Datuk Seri Najib Tun Razak.

The bribes were allegedly received through her former special officer, Datuk Rizal Mansor, as a reward for helping Jepak Holdings secure the Hybrid Photovoltaic Solar System Integrated Project, as well as the maintenance and operation of diesel gen-sets, for 369 Sarawak rural schools worth RM1.25 billion from the Education Ministry through direct negotiation.

The charges framed under Section 16(a)(A) of the Malaysian Anti-Corruption Commission (MACC) Act, provide for imprisonment of up to 20 years and a fine of not less than five times the amount of the gratification or RM10,000, whichever is higher, upon conviction.

Thirty reporters, one from each selected media organisation including foreign press, were given passes to follow the proceedings via a video link in a room.

According to the standard operating procedures (SOP) during the Covid-19 pandemic issued by the Registry Office of The Federal Court, media coverage in an open court proceedings is not allowed, except for cases involving public interest, where the court may consider providing room for live broadcast or providing media coverage facilities through zoom application. — Bernama 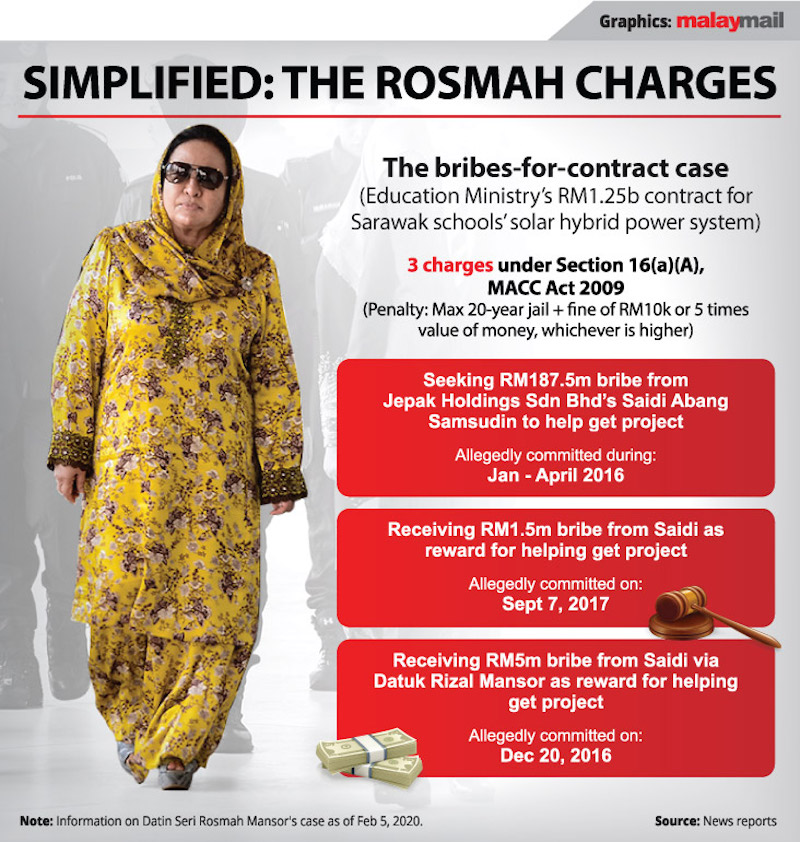 Is it possible to mix and match Covid-19 vaccines? Expert says no