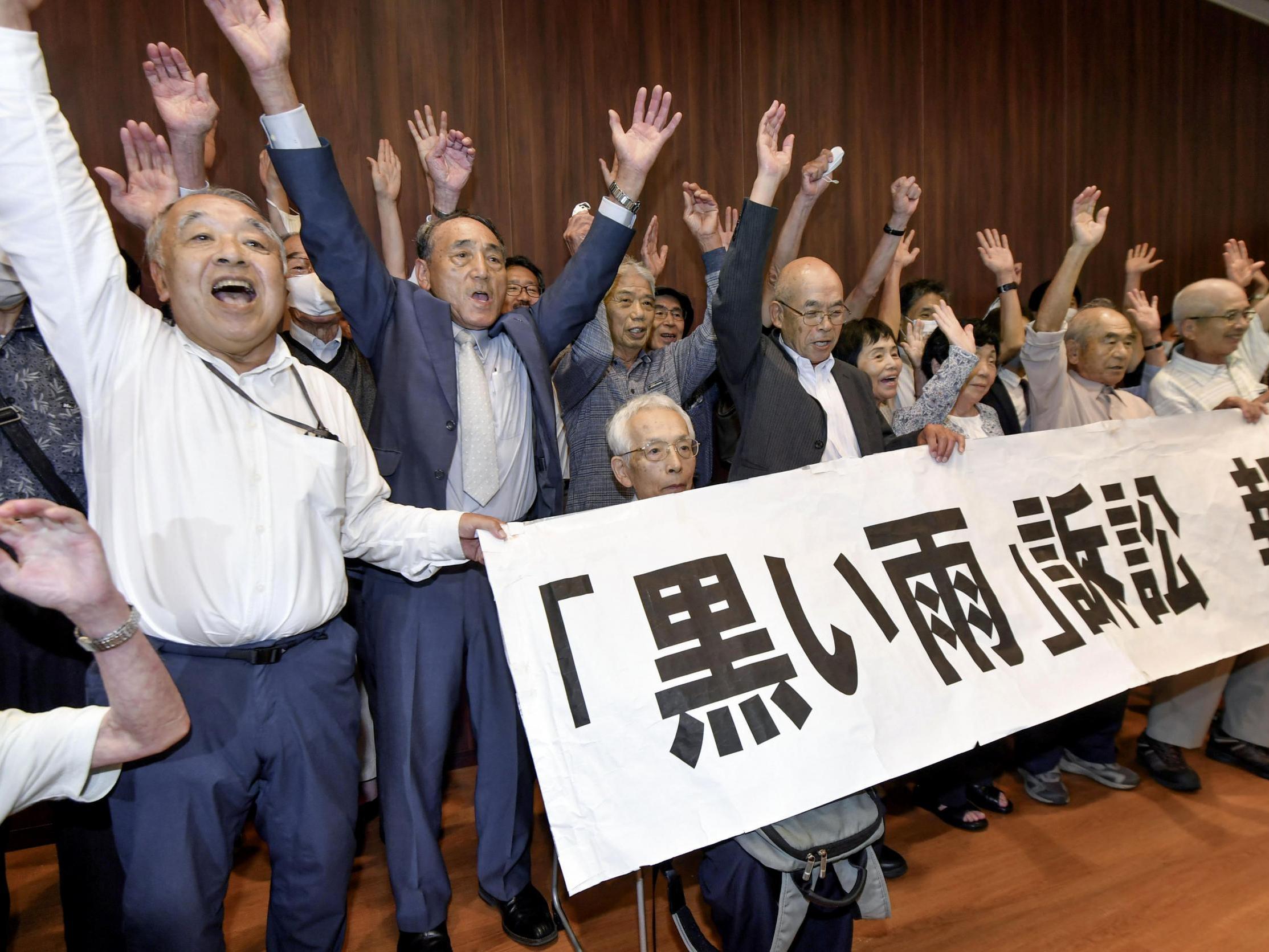 The Independent employs reporters around the world to bring you truly independent journalism. To support us, please consider a contribution.

A Japanese court on Wednesday for the first time recognised people exposed to radioactive “black rain” that fell after the 1945 US atomic attack on Hiroshima as atomic bomb survivors, ordering the city and the prefecture to provide the same government medical benefits as given to other survivors.

The Hiroshima District Court said all 84 plaintiffs who were outside of a zone previously set by the government as where radioactive rain fell also developed radiation-induced illnesses and should be certified as atomic bomb victims. All of the plaintiffs are older than their late 70s, with some in their 90s.

The landmark ruling comes a week before the city marks the 75th anniversary of the US bombing.

The US dropped the world’s first atomic bomb on Hiroshima on 6 August 1945, killing 140,000 people and almost destroying the entire city. The plaintiffs were in areas northwest of the ground zero where radioactive black rain fell hours after the bomb was dropped.

The plaintiffs have developed illnesses such as cancer and cataracts linked to radiation after they were exposed to black rain, not only that which fell but also by taking water and food in the area contaminated with radiation.

They filed the lawsuit after Hiroshima city and prefectural officials rejected their request to expand the zone to cover their areas where black rain also fell.

In Wednesday’s ruling, the court said the plaintiffs’ argument about their black rain exposure was reasonable and that their medical records showed they have health problems linked to radiation exposure.

One of the plaintiffs, Minoru Honke, who was exposed to black rain at age 4, said more than a dozen people died during the trial. “I want to tell them that we won,” he said.

Osamu Saito, a doctor who has examined atomic bomb survivors in Hiroshima, welcomed the ruling for considering the survivors’ welfare based on an assumption that anyone who was in these areas and hit by the rain could have been affected by radiation.

Chief cabinet secretary Yoshihide Suga told reporters that the government will closely examine the ruling and respond after consulting with related government agencies and Hiroshima officials.