Historic Paris train station evacuated due to nearby fire

PARIS: Paris police reported a fire Friday near the Gare de Lyon train station, which was partially evacuated amid violent protests against a Congolese singer due to give a concert nearby.
“Avoid the area and allow the emergency services to intervene,” the police said on Twitter, adding later the fire had been brought under control and was “being extinguished.”
Police said they had intervened to stop protesters who set alight garbage bins and scooters, releasing a thick, black smoke cloud over the city center.
The police on Twitter reported “unacceptable violence by people who have violated the ban on protesting on the sidelines of a concert.”
It posted a video of what it said was “scandalous behavior” by protesters shown wielding large roadworks barriers to prevent firefighters from getting to the blaze.
The SCNF train service operator said the underground section of the Gare de Lyon was evacuated as a precautionary measure. Train traffic was severely disrupted.

Outside the station, AFP witnessed a dozen firetrucks at work amid the smoldering wrecks of about 30 vehicles, mainly scooters.
Police had banned any protests around the AccorHotels Arena in Paris, not far from the station, where Congolese artist Fally Ipupa was to give a concert.
Congolese expats regularly speak out against artists from home who perform in France or Belgium, accusing them of being close to former DR Congo president Joseph Kabila and his successor Felix Tshisekedi.
Outside the arena, Ipupa backers and Congolese opposition faced off, exchanging insults. Twenty-three arrests were made.
“With their music, they (the Congolese government) are bringing an entire people to their side while they slaughter and rape women and children,” opponent Willy Dendebe told AFP at the scene.
“I have been here (in France) for 30 years because of them! Thirty years and we let them be here in France as if nothing has happened. So yes, we are angry!“
Lwangi Bienvenu, a fan who traveled from Belgium for the concert, observed the chaos from his hotel near the Gare de Lyon.
“It’s a shame. He’s Congolese, we should all be behind him,” Bienvenu said of the singer. “People will talk about the bad inside us. They put people in danger and they will now surely cancel the concert.”
A 2017 concert by Ipupa was canceled by police citing risks for “serious disturbances to the public order.” 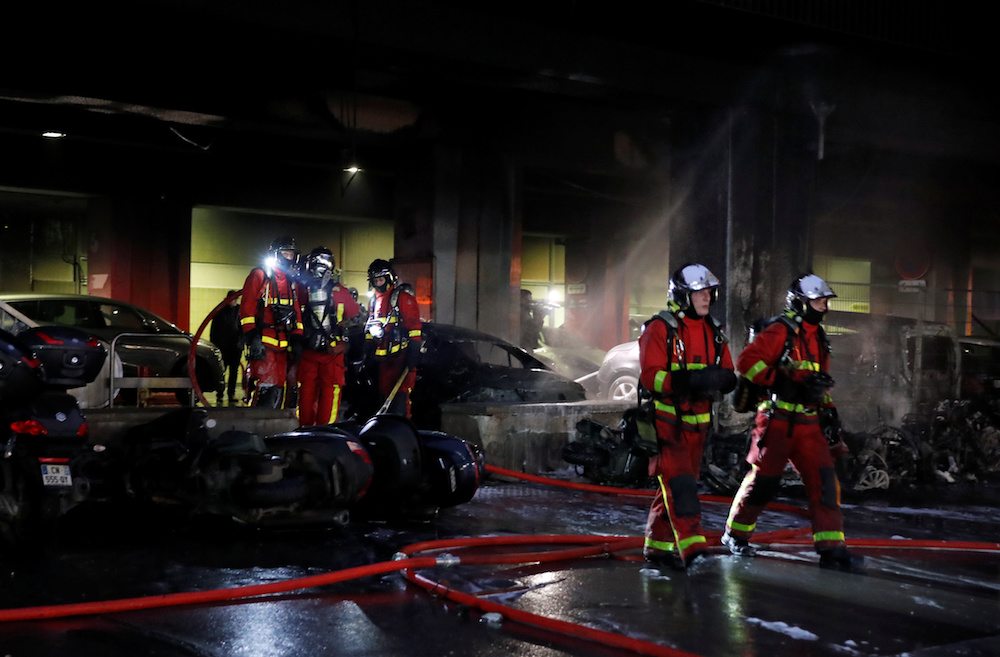