The very first coin issued in Hong Kong during Queen Victoria’s reign had a face value of 1 mil, or 0.1 (S$0.017) Hong Kong cent, an amount that was enough to buy a bowl of porridge or a piece of bread in 1863.

That coin would be worth about HK$1,000 today, about a million times more than the face value of the original coin, said Cheng Po-hung, who has run the Commonwealth Stamp and Coin Company in Sheung Wan for 30 years.

“The 1-mil Victoria is among the oldest coins in Hong Kong,” said Cheng in his antiques and bric-a-brac shop.

Cheng is among the many numismatists who revel in Hong Kong’s treasure trove of collectable coins and currency notes, contributed by the territory’s rich colonial-era history and the variety of currency issuers.

Queen Victoria’s visage first appeared on a 1-cent coin in Hong Kong in 1863, three years after the first Convention of Peking ceded Hong Kong Island to her government.

The smaller 1-mil bronze coins, the most frequently used denomination by the working class, did not carry her profile as they each bore a hole in the middle, through which they were usually strung together with strings, but carried her crown and “VR” on the reverse.

Her descendants showed up when they took the British throne: Edward VII in 1902, George V in 1919, George VI in 1937, and Elizabeth II in 1955. Edward VIII appeared mostly on pattern pieces as the dies of the coins, medals and seals bearing his visage were mostly destroyed by Britain’s Royal Mint after his abdication in December 1936.

But the oldest was not necessarily the rarest. The honour of rarity would go to the 1-cent coin with the visage of Victoria’s great-grandson George VI, minted in 1941 in the thick of the Second World War.

One-third of the five million pieces struck for Hong Kong were kept in Britain, where they were eventually melted down to supply copper for the war effort. 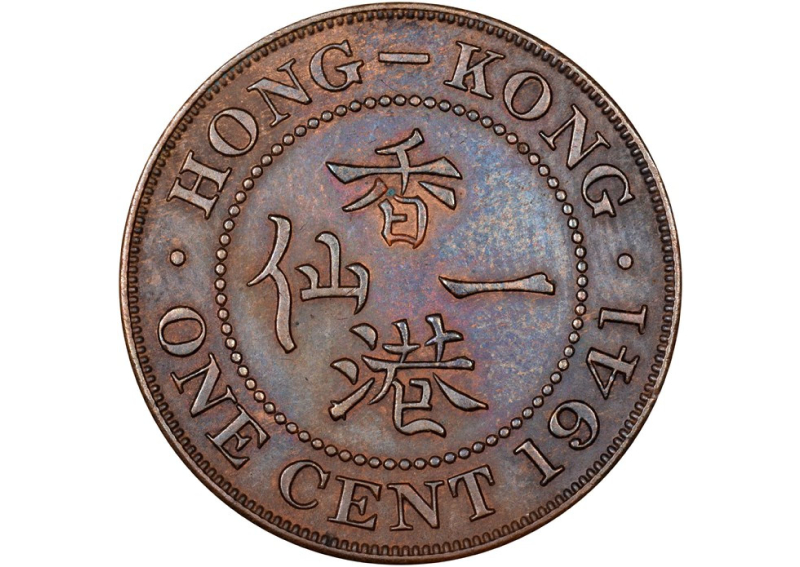 Another one-third did arrive in the territory, where they met the same fate at the hands of the occupying Japanese army during a four-year culling of coinage in Hong Kong.

The final one-third of the lot was lost when their transport ship was sunk on the way to Hong Kong, according to the World Coin Price Guide by the UK’s Numismatic Guaranty Company (NGC).

Any of the 100 coins of that year that may have survived the war – through Japanese sources – could be worth HK$100,000 each, if they can be found.

Another demonstration of rarity was the 5-cent coin minted in 1964 for Hong Kong with the visage of Queen Elizabeth II on the obverse. The coin, which was never released for circulation according to the NGC, would be valued between HK$3,000 and HK$4,000 each.

Hong Kong’s currency had to remove all references of the territory’s colonial past after July 1 1997, according to the 1984 Sino-British Joint Declaration.

That meant all pre-1997 currency notes were demonetised, although coins with the British monarch’s visage remain legal tender. 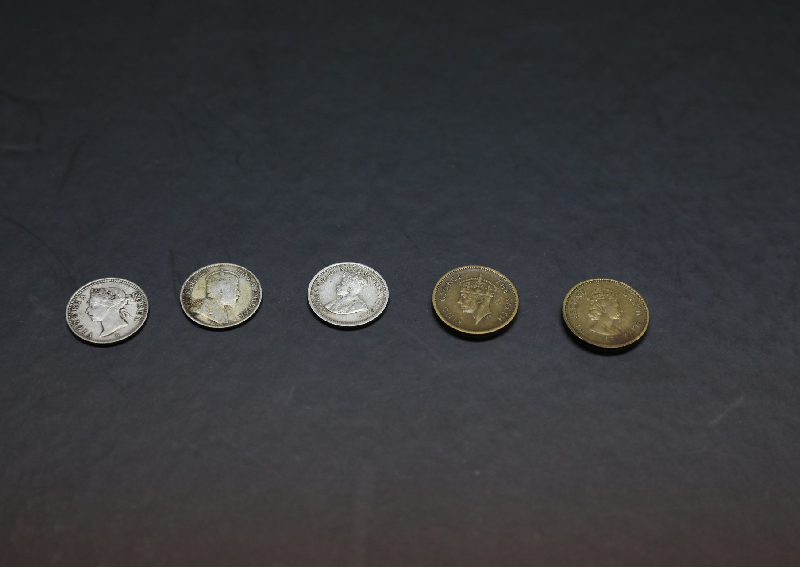 Age is the deciding factor if rarity or errors are not under consideration, owing to the difficulty of keeping the oldest notes in pristine condition in Hong Kong’s humid climate, he said.

A 1935 HK$1 note with the portrait of King George V, printed by HSBC for the colonial government, carries a price tag of HK$3,000.

A banknote issued four years later with the monarch’s son George VI and the same face value is now worth HK$700, while the 1953 edition of the HK$1 note with Queen Elizabeth II – her debut on Hong Kong’s banknotes – would be priced at HK$600.

As many as eight banks issued currency notes in Hong Kong. The very first of these was the Oriental Bank, established in 1845, which began printing HK$5 notes a year later.

The bank was forced to wind up in 1884 after a failed coffee crop in the former Ceylon (present-day Sri Lanka ), to which it lent money heavily. The bank closed down in 1892, according to the Hong Kong Monetary Authority (HKMA).

A HK$5 Oriental Bank note was in effect a receipt that could be exchanged for silver of the equivalent denomination value. A June 1860 edition in pristine condition sold last August for £130,000 (S$216,400)  at the Noonans auction house in London’s Mayfair, a record price for a Hong Kong banknote.

Some modern banknotes are also widely sought after because of their limited runs.

The 2009 ceremonial banknotes issued to celebrate Standard Chartered’s 150th anniversary, released at HK$280 for a face value of HK$150, is currently selling for about HK$2,000.