The home affairs department secretary, Michael Pezzullo, has warned of an increasing drumbeat to war, arguing Australia should not avoid conflict at the price of liberty.

The comments come just days after the new defence minister, Peter Dutton, warned of possible war with China over Taiwan, part of an escalation of rhetoric that Australia could be drawn in to a war over China’s territorial disputes with regional allies.

Pezzullo is tipped to follow Dutton to become defence department secretary, a move that would cement the trend of China hawks being appointed to top defence jobs, despite the Morrison government’s claims it is attempting to reset the relationship.

In his Anzac Day speech – titled The Longing for Peace, the Curse of War​​ – Pezzullo said that free nations “continue still to face [the] sorrowful challenge” of militaristic aggression and “tyranny’s threat to freedom”.

“In a world of perpetual tension and dread, the drums of war beat – sometimes faintly and distantly, and at other times more loudly and ever closer,” he said.

“We must search always for the chance for peace amidst the curse of war, until we are faced with the only prudent, if sorrowful, course – to send off, yet again, our warriors to fight the nation’s wars.”

Pezzullo noted the “sorrow of Europeans after the horror of the First World War” but said their “revulsion at the thought of another terrible bloodbath” had meant they “did not heed the drums of war which beat through the 1930s – until too late they once again took up arms against Nazism and Fascism”.

“Today, as free nations again hear the beating drums and watch worryingly the militarisation of issues that we had, until recent years, thought unlikely to be catalysts for war, let us continue to search unceasingly for the chance for peace while bracing again, yet again, for the curse of war.”

Pezzullo said Australia should reduce the likelihood of war through “preparedness of arms, and by our statecraft … but not at the cost of our precious liberty.

“War might well be folly, but the greater folly is to wish away the curse by refusing to give it thought and attention, as if in so doing, war might leave us be, forgetting us perhaps.

“The least that we can do for the host of the dead whom we remember today is to be prepared to face equivalent challenges with the same resolve and sense of duty that they displayed in years past.”

Pezzullo’s call for greater preparedness comes weeks after the head of the defence force, Angus Campbell, warned outbreak of a war over Taiwan would be “disastrous” for the region, indicating Australia would keep pushing for peaceful dialogue.

Australia has had strained economic relations with China since its call for the World Health Organisation to gain weapons inspector style powers in April 2020 was promptly followed by threats of a consumer boycott by China.

Although Scott Morrison insists Australia is not attempting to contain China, it helps patrol the South China Sea, has objected to China’s interference in Hong Kong’s democratic system and warned against any offensive moves against Taiwan.

The Morrison government faces increasing pressure within the parliament to declare China’s treatment of the Uyghur population a genocide.

In December, Morrison appointed Andrew Hastie – who in 2019 likened China to Nazi Germany by warning that the West’s ideological defences against China were as weak as the Maginot Line – as assistant defence minister. 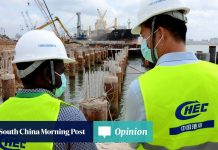 This G7 reflects our G-zero world, ruled by self-interest instead of global ambition | Tom Kibasi 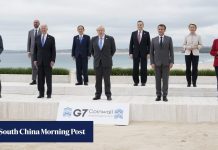 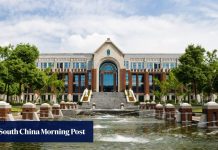 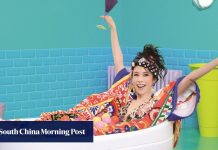 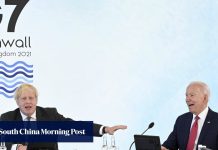 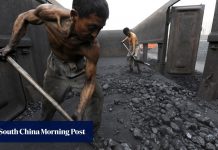 Is Chinese bank ICBC’s coal exit a power move for a greener belt and road?