SINGAPORE – Once a familiar name in many Singapore shopping malls, with more than 20 outlets here at its peak, home-grown hardware chain Home-Fix will be shutting its last store in the country by the end of the week.

With about $19.8 million in liabilities on its books, the company will undergo debt restructuring, although its e-commerce site will remain operational for now.

Amid changing industry conditions and an uncertain economy, several other household names have too elected to close some, if not all, of their brick-and-mortar shops here, either as a result of bankruptcy or a shift in business strategies.

Here are five retailers that have done so in recent years.

Hong Kong cosmetics retailer Sasa, which was the go-to place for make-up and personal care products here in the early 2000s, found that it could no longer continue its business in Singapore.

It announced last Monday (Dec 2) that it was closing all 22 of its Sasa International shops here, after efforts to turn the business here around in the last six years did not appear to pay off as it recorded consecutive year-on-year losses.

Familiar to shoppers with its pink and white storefronts, Sasa opened its first store here in 1997, carrying some 700 brands of beauty items that were often heavily discounted to woo buyers.

Going forward, the chain said it will focus more on its China and Hong Kong markets, as well as its Malaysia shops, which it said had greater growth potential.

DFS Group, which has been selling liquor and tobacco at Changi Airport for the past 38 years, chose not to renew its lease during a tender exercise that closed in August.

READ  Top stories from The Straits Times on Wednesday, Oct 16

This means that all its 18 duty-free stores will close next June, when its lease expires, making way for South Korean company Lotte Duty Free.

DFS Group’s luxury concessions at Changi; T Galleria by DFS, Singapore at Scotts Road; and its Singapore Cruise Centre business will however operate as usual.

Group chairman and chief executive officer Ed Brennan said its decision to focus on luxury items is due to “changing regulations concerning the sale of liquor and tobacco, against a global context of geopolitical uncertainty”.

He added that DFS Group will work closely with Lotte to ensure a smooth handover.

In July, MPH Bookstores announced it was closing its last two shops here. The Raffles City outlet was shuttered on July 28 while that at Parkway Parade closed on Sept 1.

General manager of business development Ivy Tan cited unsustainable rental costs, but said she was “confident that bookstores will continue to be relevant”.

She made good on her word, with MPH Bookstores opening a new concept store at SingPost Centre in Paya Lebar in November.

Pitching itself as a one-stop stop, the new store also sells stationery, gifts, snacks and beverages, and offers services such as printing, computer rental and courier drop-off.

MPH Bookstore’s heyday was from the 1970s to 1990s, when it dominated the market before the arrival of other chains like Borders and Books Kinokuniya.

Bath and body products retailer Crabtree and Evelyn decided to move all its operations online in January, closing all its physical stores in phases except for a new retail concept store in London.

READ  First trade closed with SORA, the replacement for SOR

These included its 12 stores in Singapore.

Citing changing consumer demand, the rise of e-commerce and long-term declines in traditional retail traffic, the Britain-based company said it had made “significant losses” and filed for bankruptcy protection in Canada in December last year.

Its closing down sales here disgruntled several patrons, as some of them complained that the hundreds of dollars’ worth of vouchers they had accumulated could not be used on discounted items.

Popular fashion retailer Forever 21 filed for bankruptcy protection in the United States in September, amid changing fashion preferences among youth and a more competitive retail market.

The move shocked its target clientele of young women across the world, although Forever 21 quickly clarified that its remaining Singapore store at 313@Somerset would not be affected.

However, its brick-and-mortar stores have been steadily declining in numbers, with just one left from the four that it used to have here. Stores at Kallang Wave Mall, VivoCity and one above Orchard MRT station closed one after the other in recent years.

Forever 21 was opened by the Changs, a South Korean family who emigrated to the United States from South Korea in 1981.

Its bankruptcy this year saw it giving up its markets in 40 countries and closing up to 199, or more than 30 per cent, of its stores in its home base, the US. 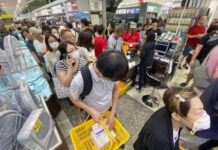 Supply of masks in Singapore sufficient, no need to rush to buy them: Lam Pin Min 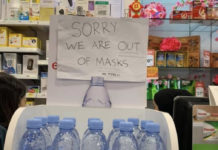 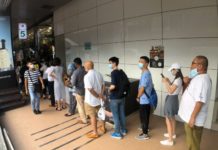 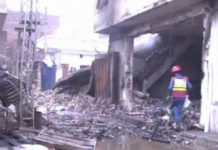 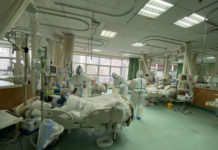 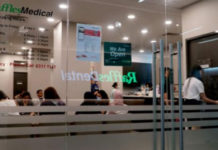 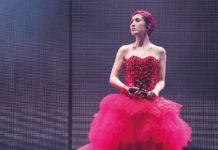 Wuhan virus test of 4G leadership, just as SARS was for 3G—analysts 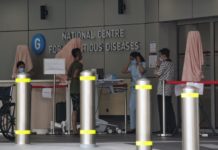 Wuhan virus: 2 new confirmed cases in Singapore, bringing total to 7; no entry or transit for new visitors from Hubei 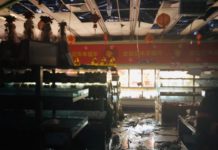 Fires in supermarket, flat and condo unit over the CNY holiday 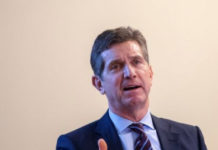