Flight attendants and airport staff have begun a planned 11-hour protest at Hong Kong international airport to call on the government to account for a violent attack on residents by suspected gang members last week.

The aviation staff were joined by demonstrators dressed in black, the signature colour of the Chinese territory’s protest movement, who filled the airport’s arrival hall on Friday. They sat on the ground chanting “Free Hong Kong” as shocked travellers walked through the terminal.

Hong Kong has been gripped by nearly two months of demonstrations by residents calling for democratic reforms and the withdrawal of a controversial extradition bill. Clashes between protesters and police and other parties have become increasingly violent.

Friday’s demonstration against the government and police, who have been accused of colluding with triads (organised crime groups) to suppress protests, was also aimed at urging international visitors to pay attention to Hong Kong.

A group of students held signs in English, Japanese, and Korean calling on “international friends for help standing up to the Hong Kong government”. Many held signs in red and white, designed to look like warning flags raised by police before firing on demonstrators, which said: “Tourist warning: do not trust the police or the government.”

Authorities are bracing for days of protests, as public anger towards the police and the government of the chief executive, Carrie Lam, reaches new heights. After an attack on commuters last Sunday by suspected organised crime groups left 45 people hospitalised, dozens of groups planned rallies and issued public petitions.

On Saturday, demonstrators plan to rally in Yuen Long, in Hong Kong’s New Territories, where last week’s attack took place, in defiance of a police ban. Instead protesters are calling on residents to come “for a walk” or to “stimulate the Yuen Long economy”. Organisers have filed an appeal to overturn the police decision to bar the march.

Protesters at the airport called out to mainland Chinese travellers to come to Yuen Long on Saturday for “major discounts” on makeup, branded goods, and milk powder, items popular with Chinese shoppers visiting Hong Kong.

Opposition lawmakers, activists, and residents are calling for an independent investigation into why the police took more than half an hour to respond to emergency calls and why no plans were made to protect citizens despite warnings beforehand.

More than 400 public servants from 44 departments have signed a letter threatening “concrete industrial actions” if the government continues to ignore public demands. The public servants posted images of their government staff identity cards, as proof of their positions, with notes on them calling for an investigation into the police.

On Friday, 77 conductors who work on the metro line where the attack in Yuen Long took place also threatened “further actions”. Medical students at a university and staff at a hospital also planned to stage demonstrations on Friday afternoon.

Government efforts to tamp down the demonstrations have so far been ineffective. Lam last spoke to the public on Monday when she condemned the attack in Yuen Long but went on to criticise protesters for defacing the building of China’s representative office in protests last weekend.

In a ruling likely to add to protesters grievances, Hong Kong’s appeal court on Friday overturned the conviction of two police officers previously found guilty of beating a protester in an alley during pro-democracy demonstrations in 2014.

On Friday, Reuters reported that it had obtained a recording from an official from China’s representative office calling on residents in Yuen Long to drive away protesters. “We won’t allow them to come to Yuen Long to cause trouble,” Li Jiyi, the director of the central government liaison’s local district office said at a banquet for villagers in the New Territories, according to Reuters.

Chinese officials have denied allegations it orchestrated or encouraged the attacks, with pro-Beijing figures in the Hong Kong government calling such reports “malicious rumours”.

In a press briefing on Friday, the chief secretary for Hong Kong, Matthew Cheung Kin-chung, reminded demonstrators planning to go to Yuen Long that if their appeal was not accepted their actions would be illegal.

He called on demonstrators to “peacefully and rationally” express themselves, to “stay away from violence” and “respect the life of the residents of Yuen Long”.

Hong Kong visas: why is the UK standing up to China now? 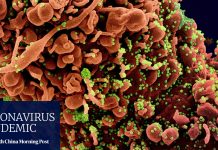 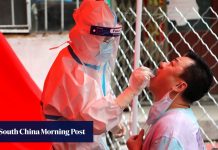 Why is Taiwan’s President Tsai Ing-wen so quiet on US protests, critics ask 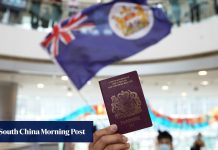 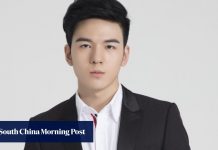