Hong Kong inmates who refused to take a COVID-19 test were locked in isolation cells for “observation,” but only had their temperature taken the first two days and were also denied water.

Chu said two inmates who refused to take a COVID-19 test on Sept. 9 were ordered to sign a form acknowledging that they would be placed in solitary confinement for 72 hours. But they were informed later that their detention would be extended to Sept. 30.

In solitary confinement, one of the inmates was denied water for twelve consecutive hours, Chu added. Although the prison said they would be isolated for “observation,” their temperature was not checked from the third day onwards.

According to Ng, one of the inmates who requested for water was scolded by staff for being “selfish” and “harming others.”

Earlier this month, authorities said COVID-19 testing would be arranged for all 7,000 inmates in the city after two detainees who had spent time at Pik Uk Prison and Lai Chi Kok Reception Centre were diagnosed with the virus.

A lawyer who had visited inmates at the Lai Chi Kok facility, and a staff member, also previously tested positive for the disease.

Authorities have raised concerns about the virus spreading in the city’s crowded detention facilities, pointing to prison outbreaks in other countries.

Chu wrote on Facebook: “But inmates still have the right to refuse the test. Authorities should balance the inmates’ rights with [implementing] anti-epidemic [measures].”

Read more: On the inside looking out: Doing life in Hong Kong’s maximum security prison

Lawmaker Shiu Ka-chun also said last week that he received reports of mistreatment of inmates at Lo Wu Correctional Institute. “[They] don’t have a television, books, biscuits or a radio [in their isolation cell]. This is a kind of punishment,” he wrote.

Shiu told Apple Daily he knew of at least three inmates who had been ordered into solitary confinement after declining a COVID-19 test.

Both district councillors and Shiu wrote to the Correctional Services Department to call for an investigation into the matter.

Coconuts Hong Kong has also reached out to the department for comment.

As Hong Kong police shift media guidelines, who will they recognise as journalists and what does it mean for those they do not? 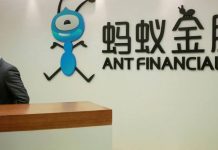 Hongkongers’ quality of life amid protests last year slipped to poorer level than that during Sars: Chinese University survey 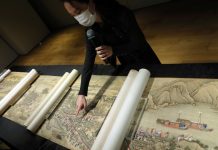 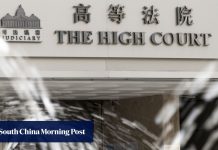 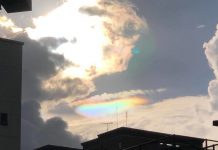 Amid the rainstorms, a stunning iridescent cloud lit up Hong Kong