HONG KONG — In an ominous warning at a time when political violence has become a persistent concern in Hong Kong, Junius Ho, a pro-Beijing lawmaker, cast what was widely perceived as a death threat toward an opposition lawmaker in a late-night video message.

Mr. Ho has long been known for his sharp tongue and an unforgiving view of the protesters, who have amassed huge crowds in recent months as they seek the withdrawal of a contentious extradition bill, among other demands. On Tuesday, Mr. Ho stormed off the set of RTHK, a Hong Kong broadcaster, after a contentious round-table interview he shared with Eddie Chu, a pro-democracy lawmaker who supports the protests.

Shortly after midnight Wednesday, Mr. Ho again expressed his ire at Mr. Chu, saying he had only grown more angry since the interview and that the lawmaker was “the source of evil.”

Mr. Chu said on Wednesday that he did not consider Mr. Ho’s words a death threat and would not be reporting the video to the police, but that he still felt in danger when participating in demonstrations.

“The danger I am confronting is just the same as other fellow citizens,” he told reporters.

Mr. Ho’s comments came as fears of violence reached new heights this week after a mob attack aimed at protesters on Sunday. Several recent demonstrations have ended with the police using batons, pepper spray and tear gas to disperse crowds.

Crowds have continued to turn out for protests, which have morphed from enormous marches in June into smaller, more targeted demonstrations. The protests are rooted in distrust of Beijing, which exercises considerable control of Hong Kong even though the semiautonomous Chinese territory has its own system of government.

[Need to catch up on the basics? Here’s a guide to why Hong Kongers are protesting.]

Distrust of the Hong Kong police has grown after officers failed to stop the mob attack in Yuen Long, a rural area close to the border with mainland China. A group of men wearing white T-shirts appeared to target antigovernment protesters with sticks and metal bars; 45 people were hospitalized, and among those hurt were journalists and a pro-democracy legislator.

In a video that circulated after the attack, Mr. Ho was seen shaking hands with a group of men wearing the attire of the attackers, but he has denied any connection to them.

“Thank you for your efforts,” he told the men in the video. “You guys are my heroes.”

It was not clear if the video was taken before or after the attack.

In a news conference on Monday, Mr. Ho, who did not respond to a message seeking comment on Wednesday, condemned the attack but defended the assailants as “protecting their homeland.” He said he was merely shaking hands with supporters.

Hours after the news conference, his district office was destroyed. And on Tuesday, the grave of Mr. Ho’s mother was defaced, an especially offensive gesture in Chinese culture, with the stone damaged and political commentary spray painted in black. Mr. Ho blamed Mr. Chu for encouraging the vandalism of the graves and his office, without offering evidence.

In the RTHK appearance on Tuesday, Mr. Ho pounded the table as he accused Mr. Chu of “bringing violence back into the community.” He called on Mr. Chu to disavow any further protests, which Mr. Chu declined to do.

“You are such a scum,” he said before removing his microphone.

In 2017, Mr. Ho apologized after that saying pro-independence activists should be killed “without mercy.” 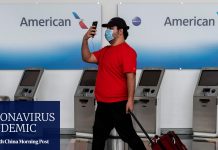 What to expect when the coronavirus-hit world starts flying again 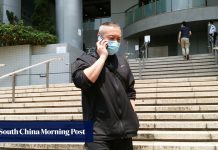 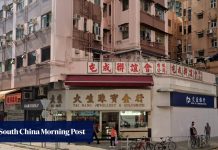 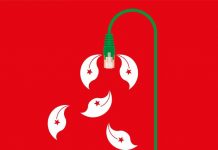 Why Hong Kong is worried about digital freedom 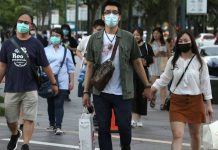 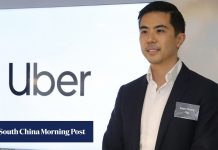 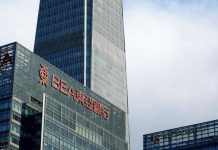 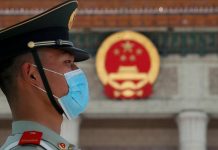 The detentions serving as a warning to Hong Kong

US may open doors to Hongkongers in response to China’s push for national security law, Mike Pompeo says